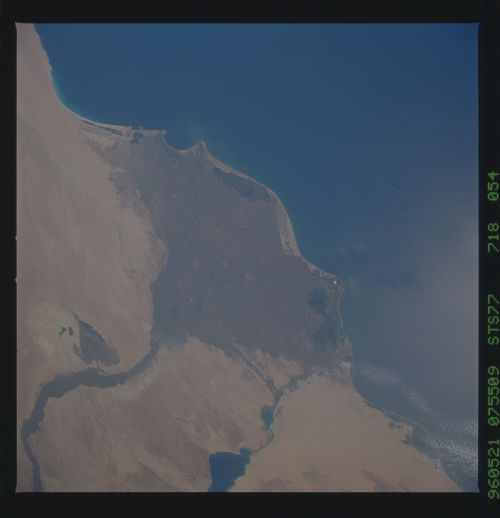 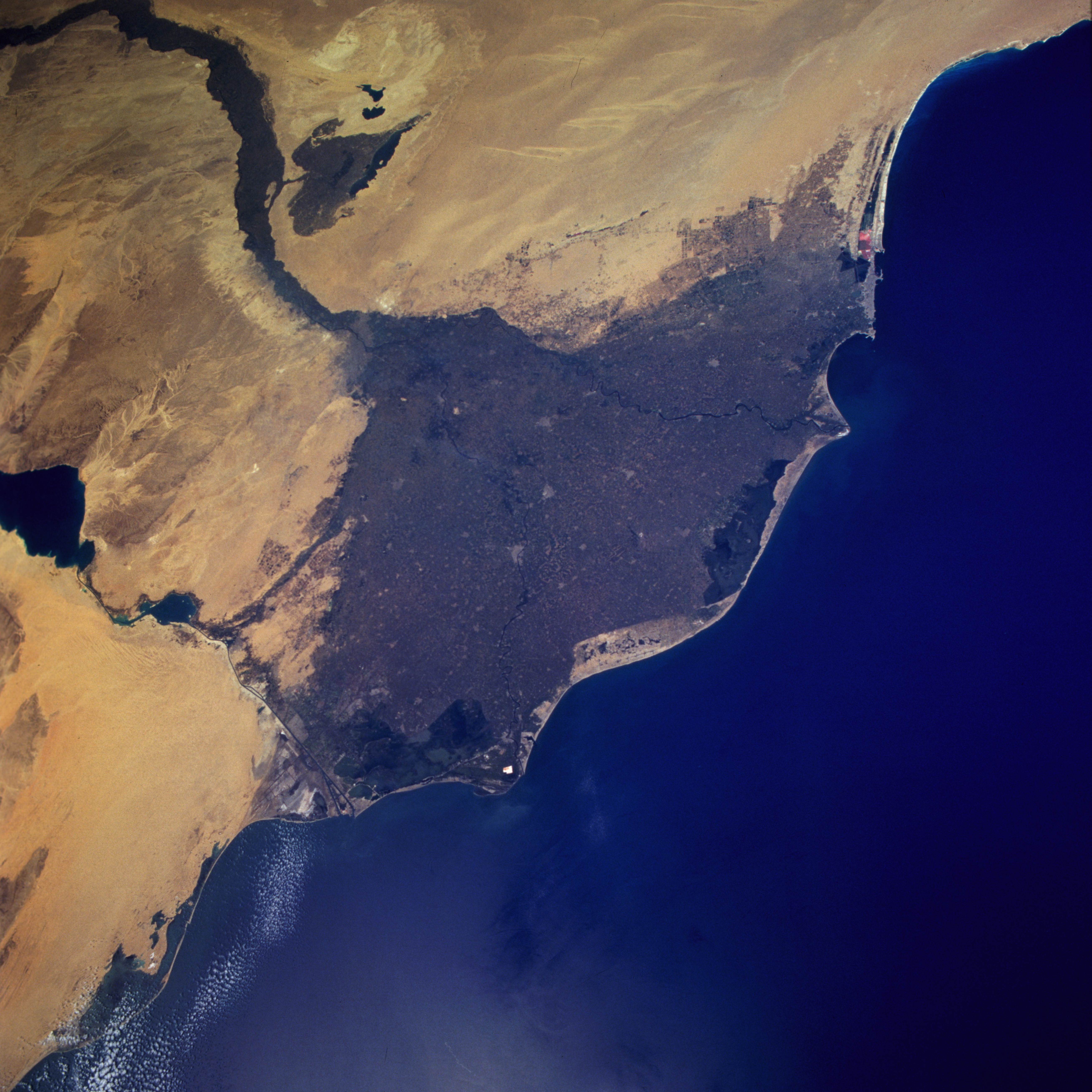 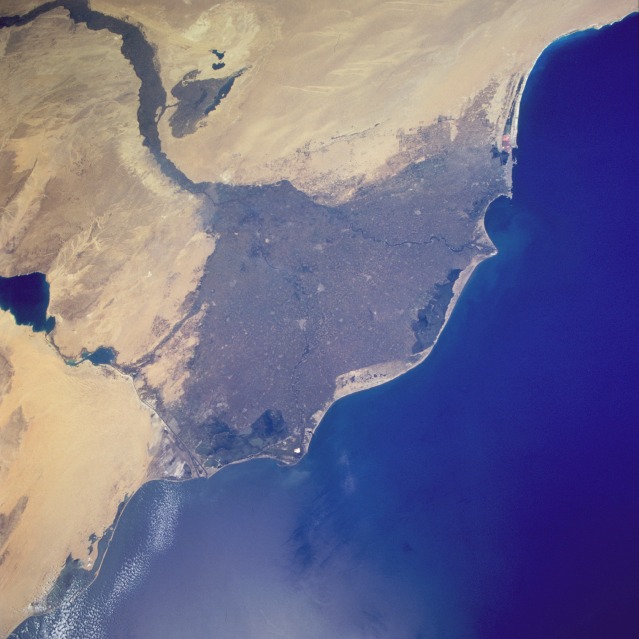 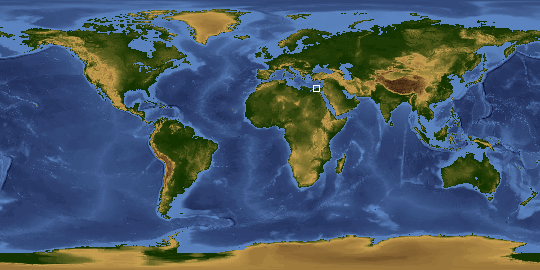 Other options available:
Download Packaged File
Download a Google Earth KML for this Image
View photo footprint information
Download a GeoTIFF for this photo
Image Caption: STS077-718-054 Nile River Delta, Egypt May 1996
The great Nile River Delta, seen in this south-southeast-looking, low-oblique photograph, is the prototype for all other deltas. Early geographers, reminded of the Greek letter delta when noting its roughly triangular shape, named it accordingly. The delta stretches approximately 100 miles (160 kilometers) north and south and 150 miles (240 kilometers) west and east. Beginning at Cairo, the delta disperses the Nile's water into the Mediterranean Sea through a fan-shaped network of shallow channels. Two barely discernible rivers, the Rosetta (Rashîd) to the west and the Damietta (Dumyât) to the east, each approximately 150 miles (240 kilometers) long, carry most of the water to the sea. The thick layers of silt carried downstream for thousands of years provide the Nile Delta with the most fertile soil in Africa. With the completion of the Aswan High Dam in 1971, the delta's normal evolution has been disrupted--sediment that formerly reached the lower river valley is now halted by Lake Nasser, resulting in salt water from the Mediterranean seeping into parts of the delta; nutrients formerly carried downstream have been reduced, thereby depleting the population of some fish species in the Nile and the eastern Mediterranean. Visible are the Suez Canal and the Nile River Valley, east and south, respectively, of the delta.