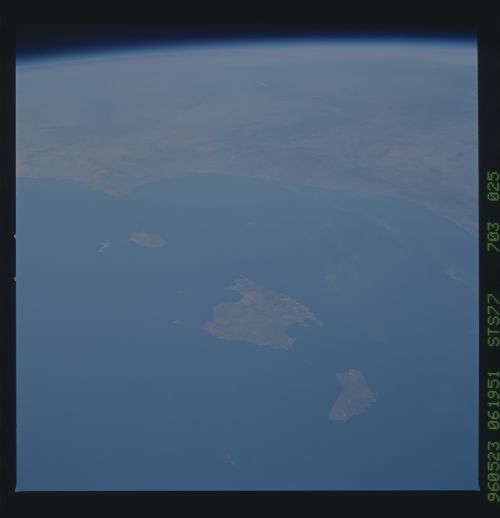 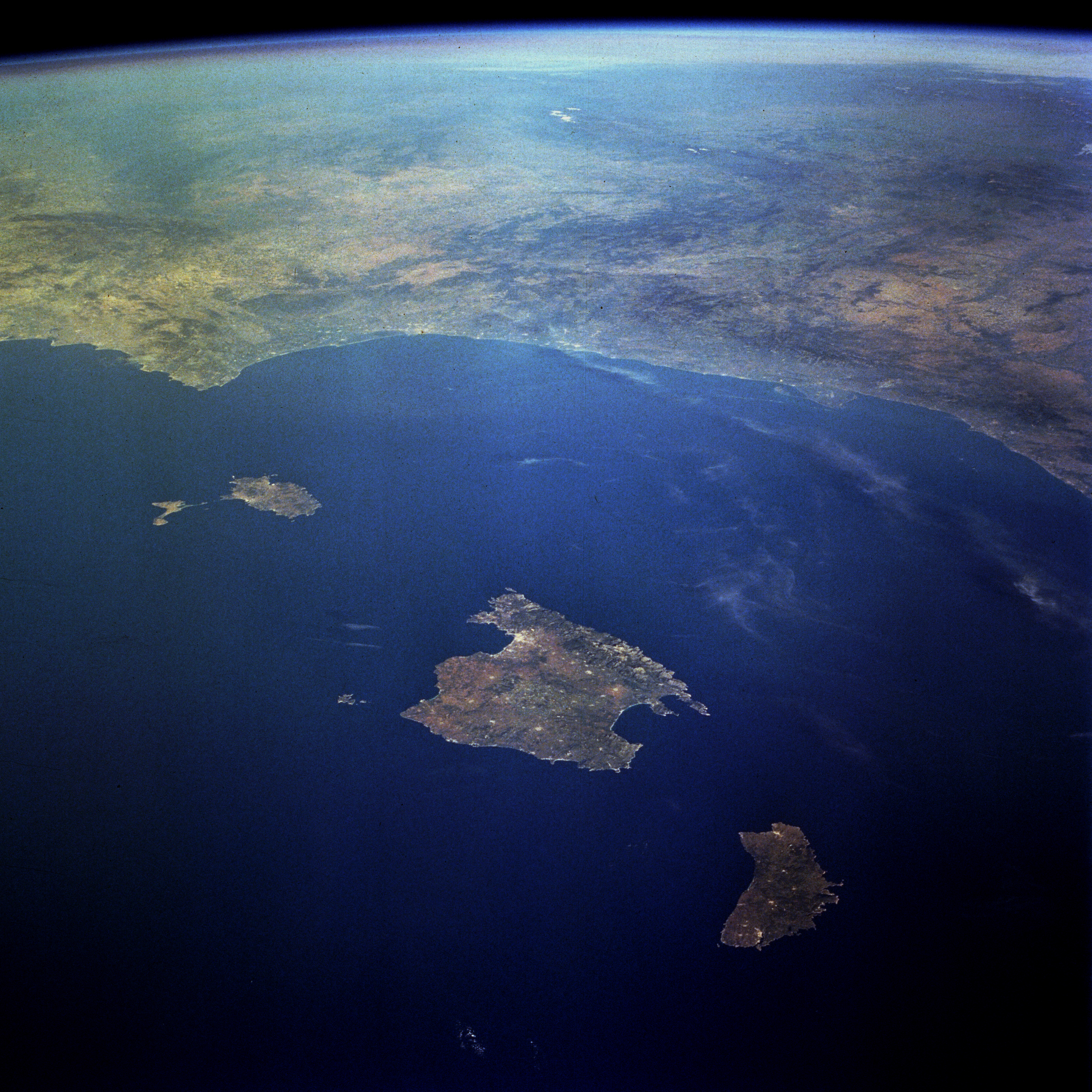 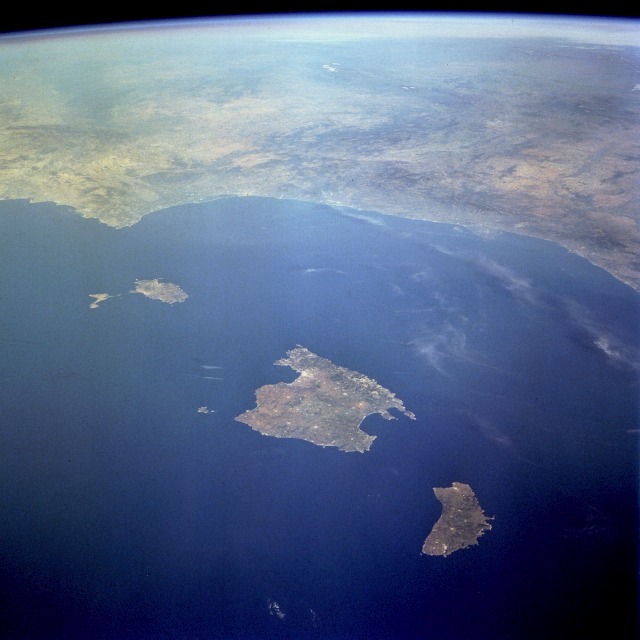 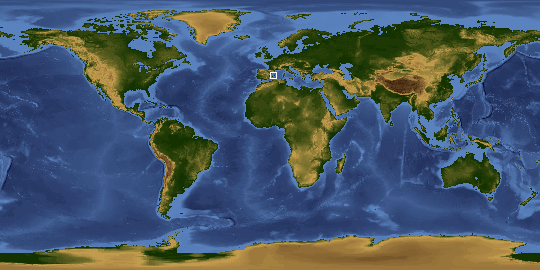 Other options available:
Download Packaged File
Download a Google Earth KML for this Image
View photo footprint information
Image Caption: STS077-703-025 Balearic Islands, Spain May 1996
The Balearic Islands off the east coast of Spain in the western Mediterranean Sea are featured in this west-looking, low-oblique photograph. The islands, a major tourist area noted for its picturesque scenery and mild climate, also produce fruit, wine, grain, and olive oil. Cattle raising and fishing are also major industries. Majorca, famous for many prehistoric monuments, is the largest of the Balearic Islands. On the west and northwest sides of the island lie the Sierra de Alfabia Mountains, rising to an altitude of 4739 feet (1445 meters). The south and east portions of the island consist of gently rolling and very fertile terrain. The Gulf of Valencia and portions of eastern Spain are visible in the top quarter of the photograph.