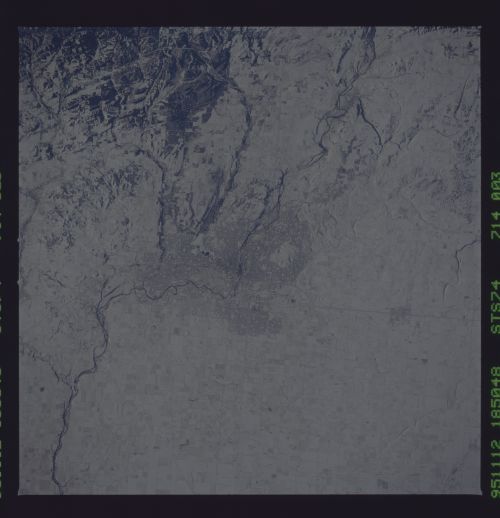 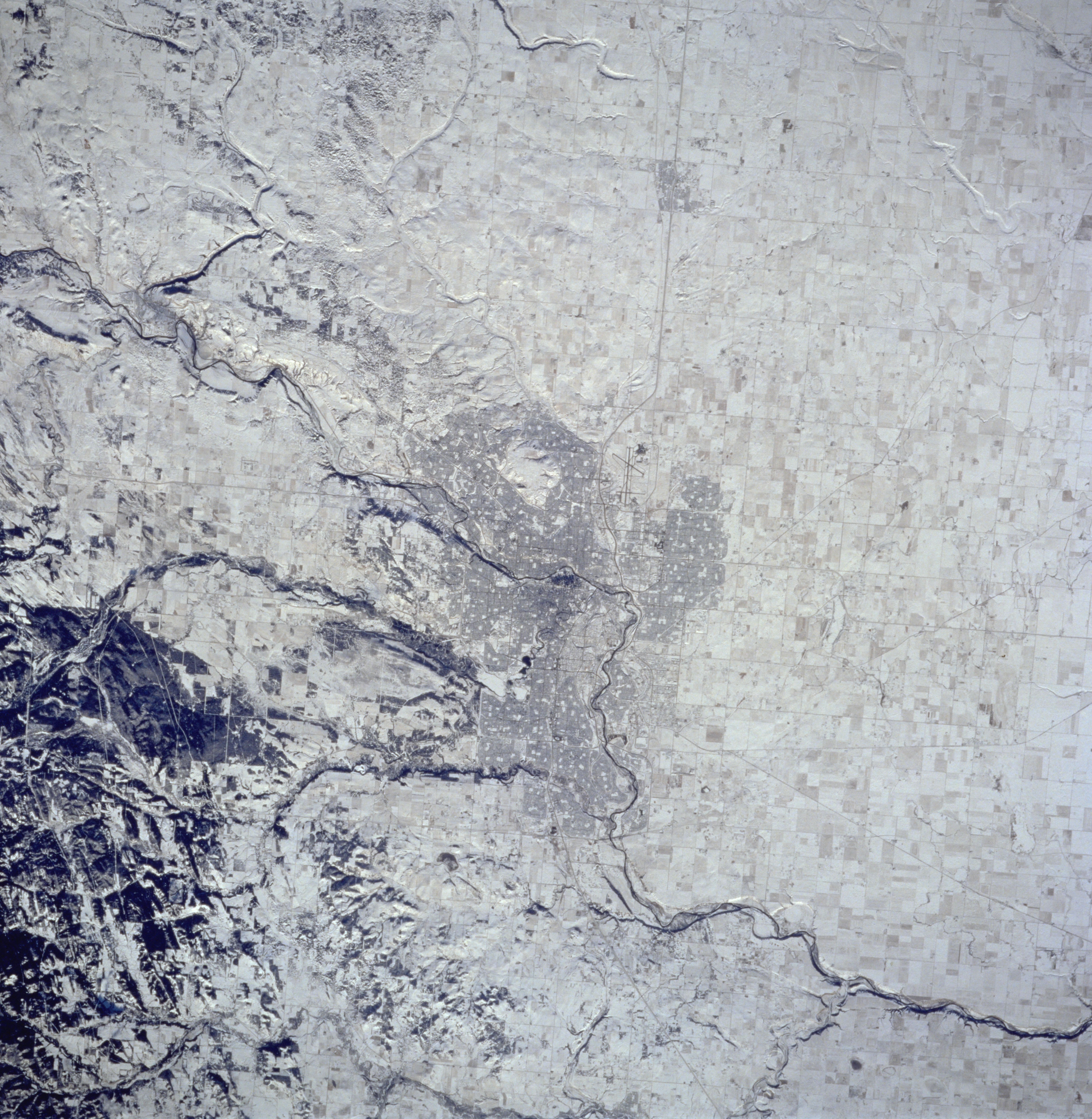 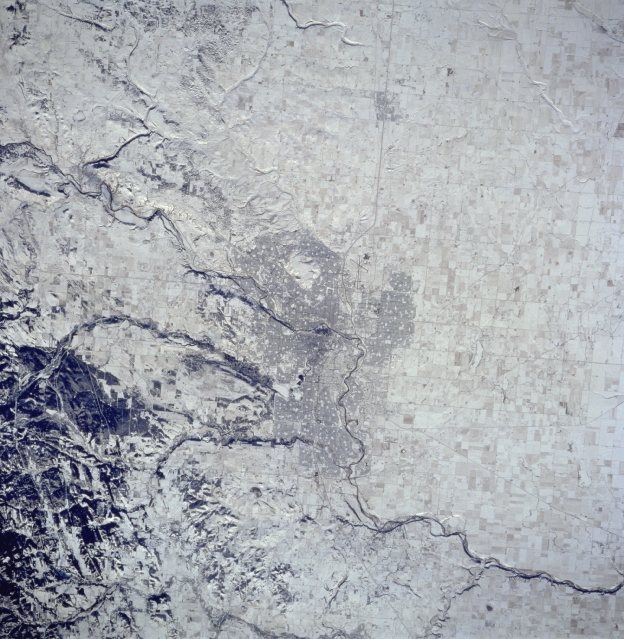 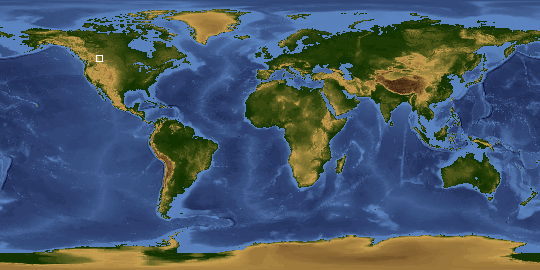 Other options available:
Download Packaged File
Download a Google Earth KML for this Image
View photo footprint information
Image Caption: STS074-714-003 Calgary Area, Alberta, Canada November 1995
The snow covered landscape surrounding Calgary makes this image look like a black and white picture and helps to identify the Bow River, running diagonally from northwest to southeast through downtown Calgary. Two tributaries of the Bow River that originate in the foothills of the Canadian Rocky Mountains are accentuated as they flow out of the darker, hilly area southwest of the city. Highway 2 (thin, dark, linear feature) bypasses Calgary International Airport to its west, and north of the darker, central business district of Calgary. Then the highway heads north through the small community of Airdrie, on its way to the city of Edmonton (not in this scene).