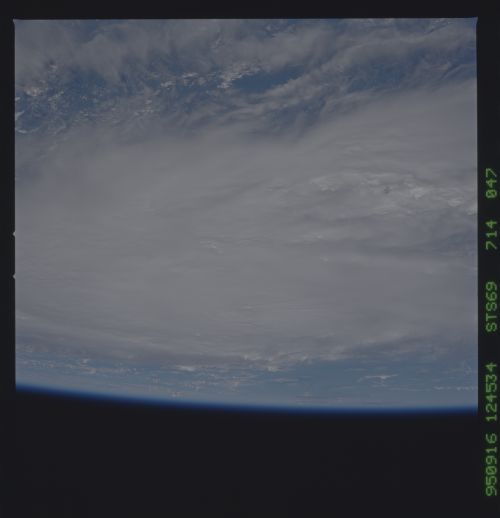 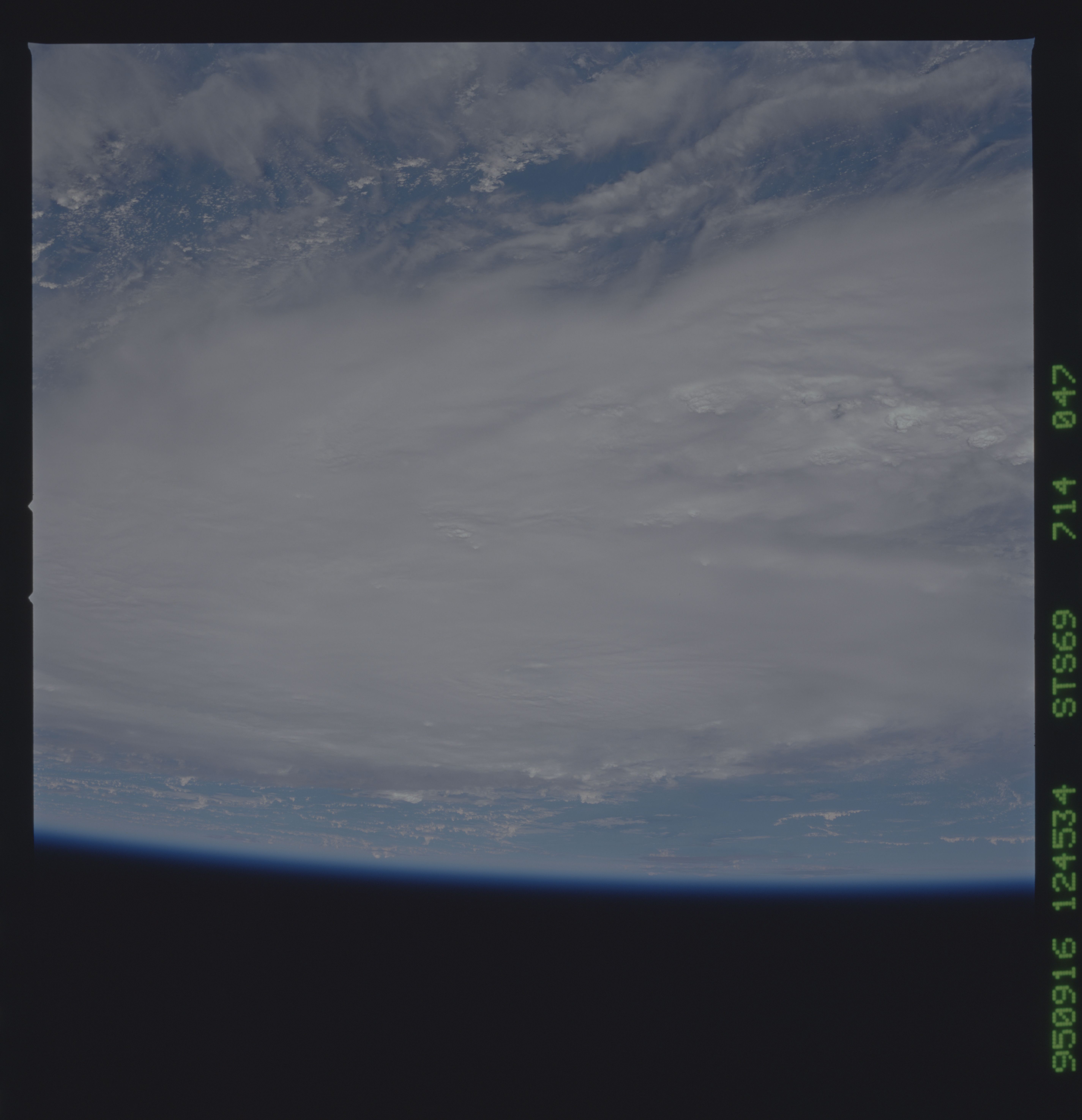 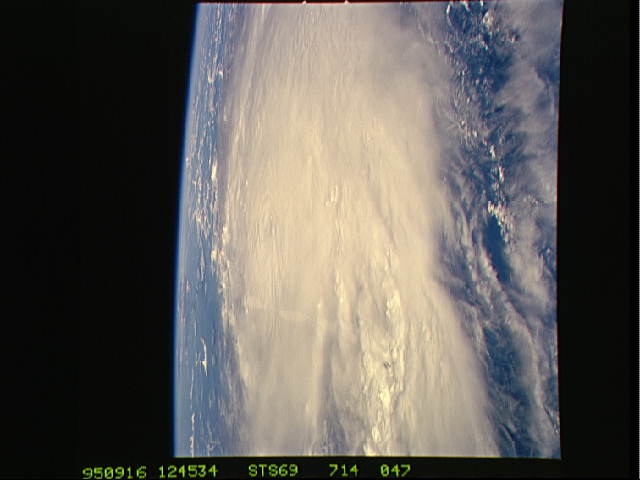 
Spacecraft Altitude: nautical miles (0km)
Other options available:
Download Packaged File
Download a Google Earth KML for this Image
View photo footprint information
Image Caption: Tropical Depression Fifteen formed near 12 North and 53 West on
September 12. Moving west the cyclone grew to tropical storm strength
the next day. Marilyn turned northwest and reached hurricane strength
just before passing near the island of Dominica on September 14. The
storm continued north through the Virgin Islands and just east of the
island of Puerto Rico. The eye of Marilyn passed over the east end of
St. Croix late in the day on September 15. Observations indicated a
minimum pressure of 968 millibars and a peak wind gust of 110 knots.
Press reports indicated that 80 percent of all buildings on St. Thomas
were either damaged or destroyed and 11 deaths were blamed on
Hurricane Marilyn. Marilyn continued north passing just west of
Bermuda and became extratropical on September 22, although the remains
were traceable for several days there after.