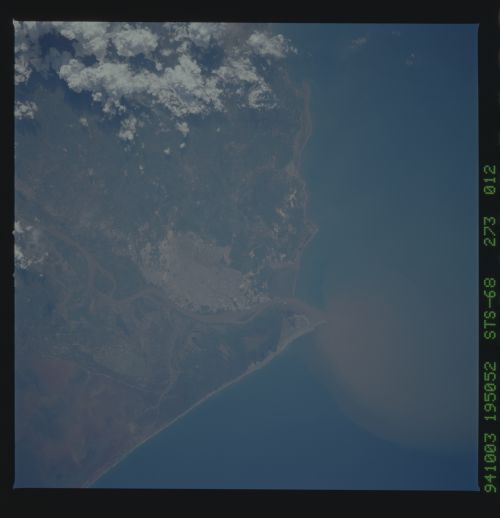 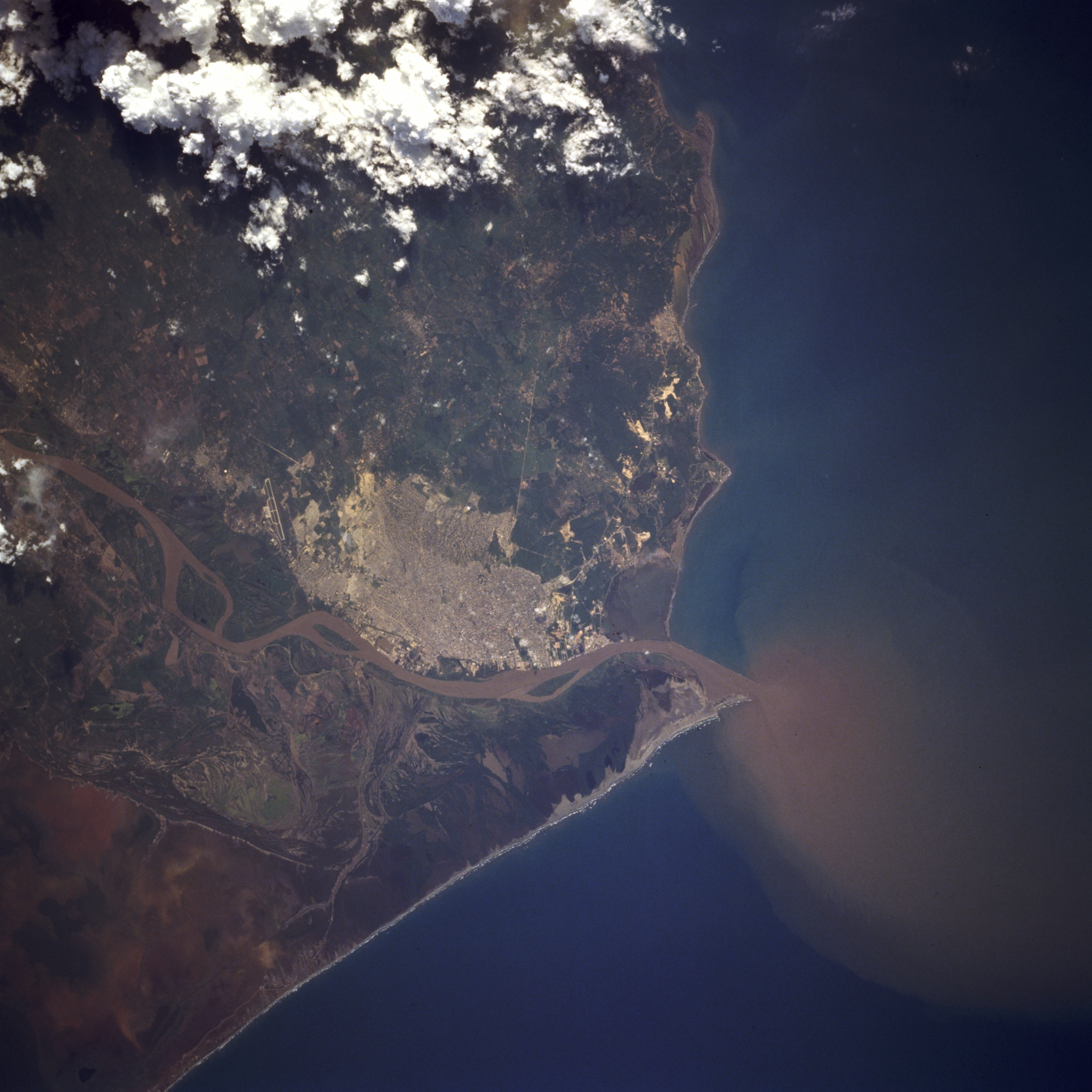 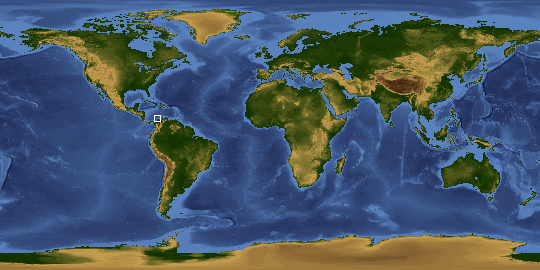 Other options available:
Download Packaged File
Download a Google Earth KML for this Image
View photo footprint information
Image Caption: STS068-273-012 Barranquilla, Colombia October 1994
Barranquilla, a city of more than 1 million, is located near the mouth of the Magdalena River. Barranquilla and Cartagena (not shown), with a population of approximately 655 000, are Columbia's two most important seaports with access to the Caribbean Sea. Because of large quantities of sediment, indicated by the extensive sediment plume at its mouth and the brownish color of its water, the Magdalena requires frequent dredging of the main channel to permit access to Barranquilla's port for oceangoing vessels. The urban area, with airport runways visible south of the city, presents a dramatic comparison to the almost uninhabited swamplands east of the city through which a single road traverses. In addition to its position as an important seaport, Barranquilla is a leading industrial city, producing textiles, sugar, beer, cement, and flour.