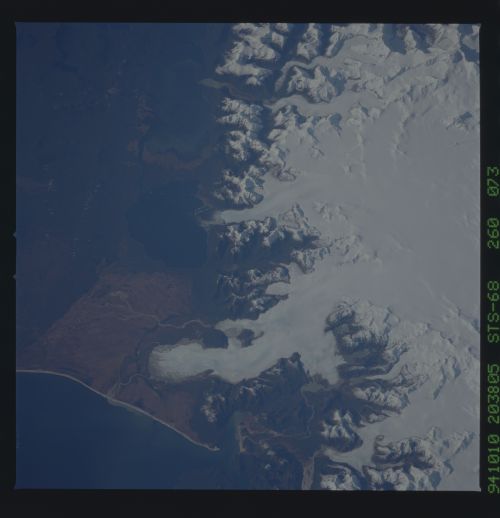 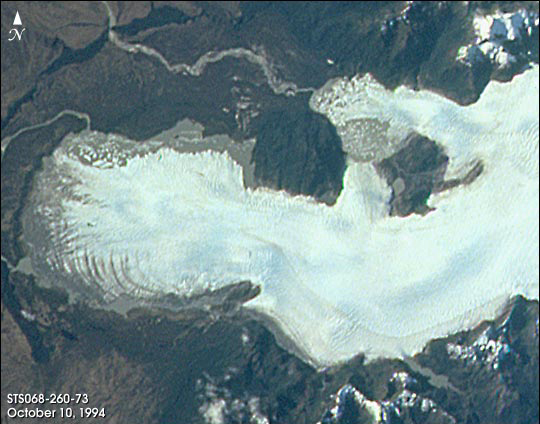 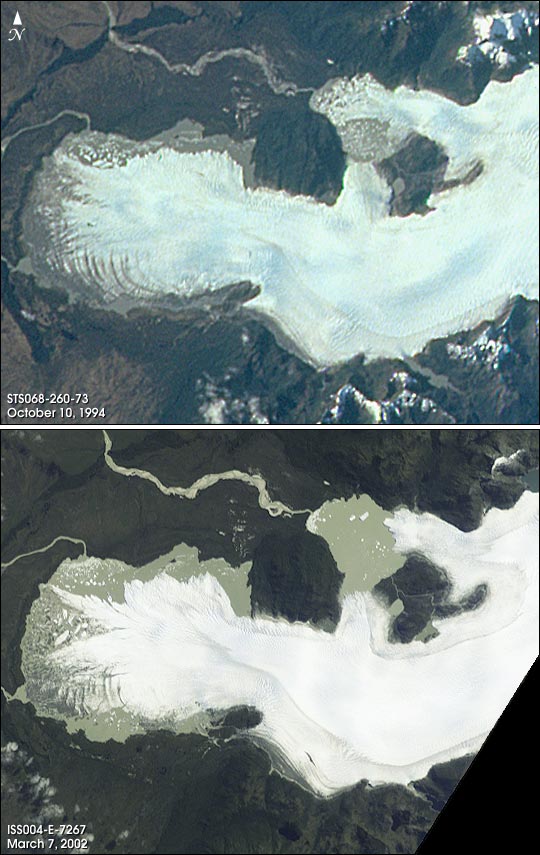 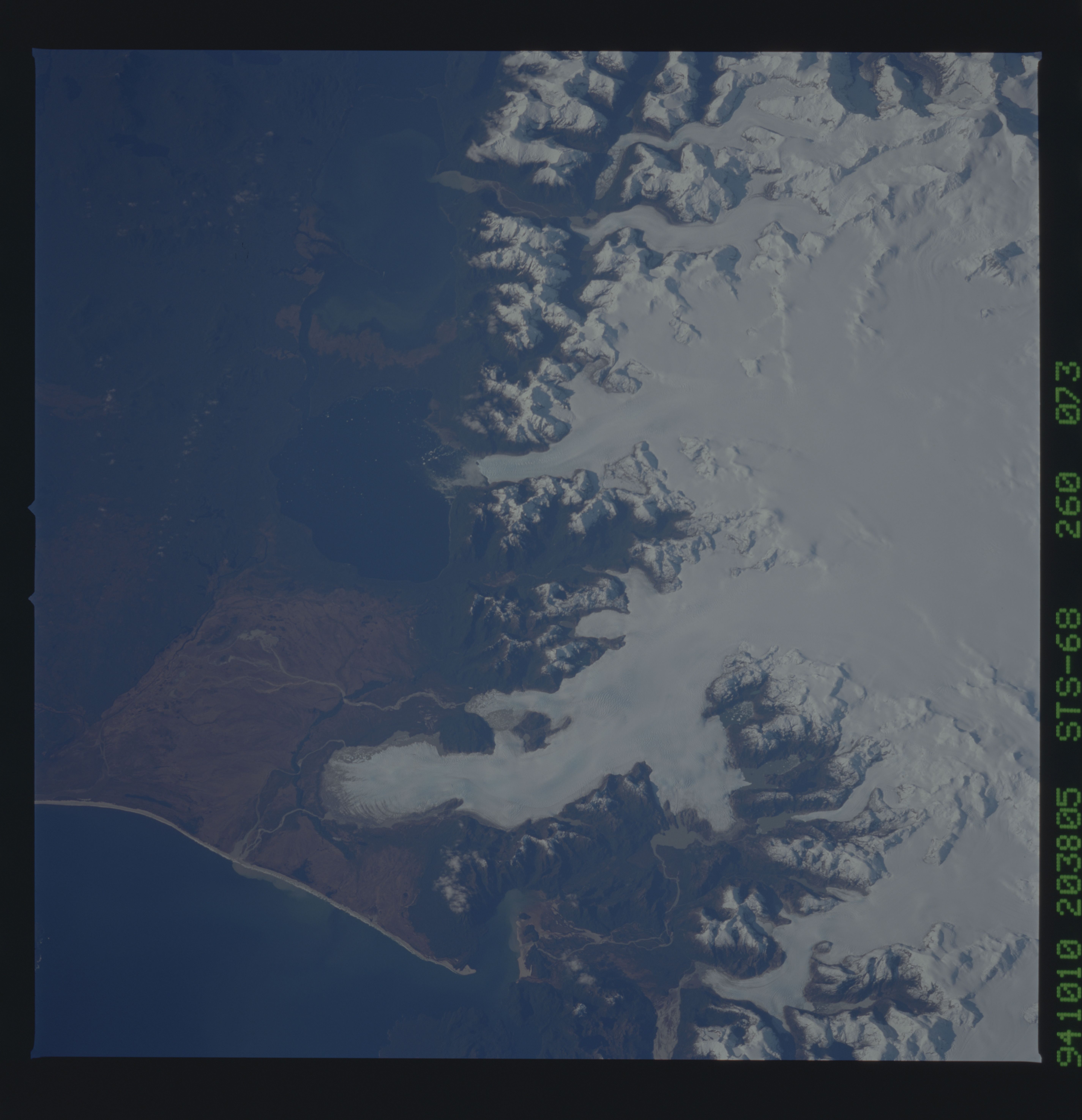 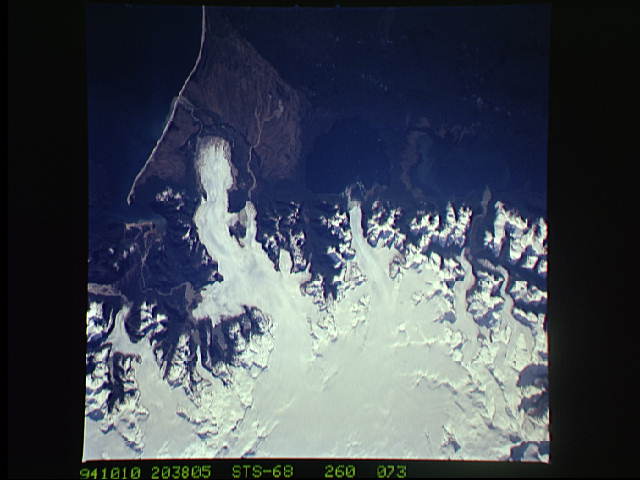 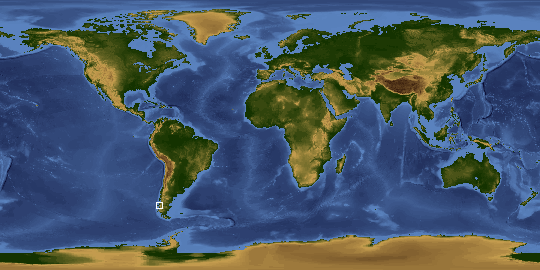 Other options available:
Download Packaged File
Download a Google Earth KML for this Image
View photo footprint information
Download a GeoTIFF for this photo
Image Caption: The San Quintin Glacier is the largest outflow glacier of the Northern Patagonian Ice Field in southern Chile. Its terminus is a piedmont lobe just short of the Golfo de Penas on the Pacific Ocean and just north of 47degS. Like many glaciers worldwide during the twentieth century, San Quintin appears to be losing mass and possibly retreating. Such a change is evident in these two photographs taken by astronauts only seven years apart. The first was taken by the crew of STS-068 in October 1994 and the second by the Increment 4 crew of the International Space Station in February 2002 (ISS004-E-7267).

Even with the reversal of season and different lighting conditions of these two acquisitions, a loss of mass and change of structure, particularly in the lobe, are strikingly evident in these comparative photos. Glaciers are one of the special topics identified as scientific objectives for monitoring with photography from the International Space Station. Astronaut photography is a complimentary source of remote sensing data available for use with other sensor systems being used to monitor and study glaciers. They also provide strong, visual context information on glacier environments and processes using a familiar medium, the camera.