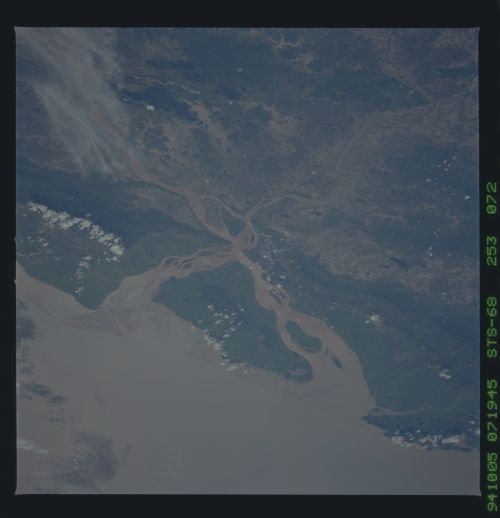 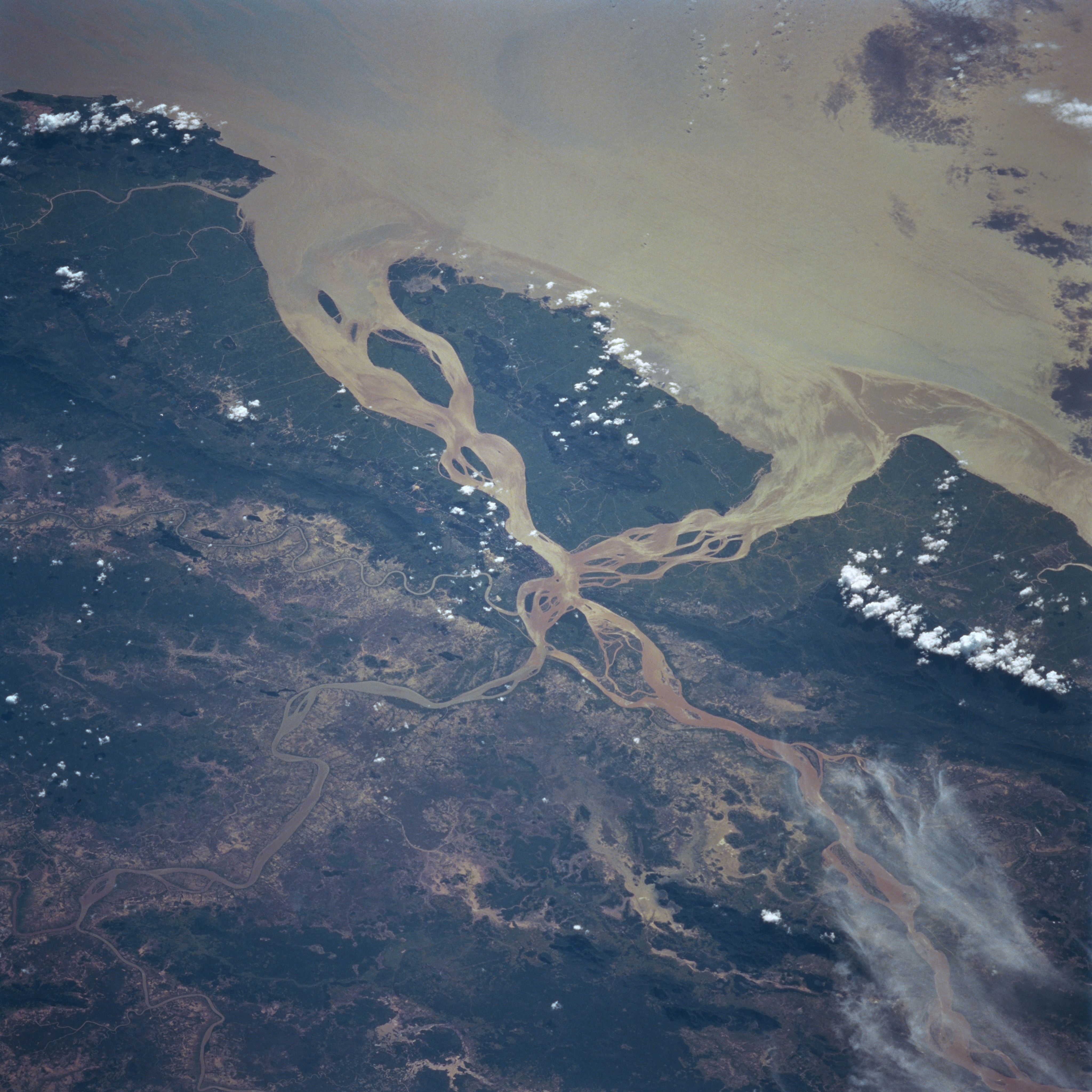 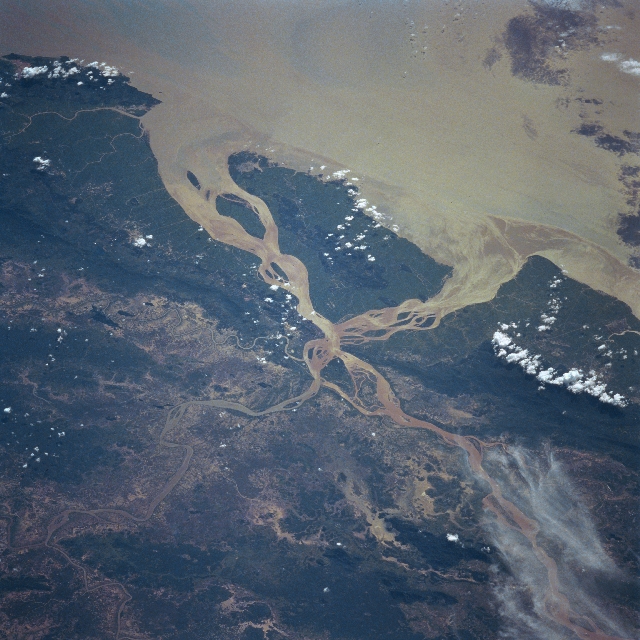 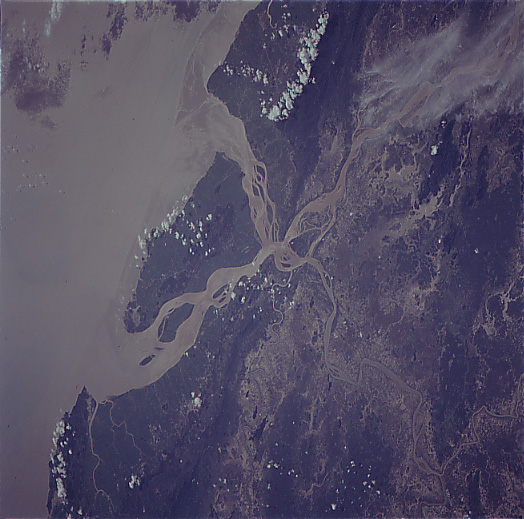 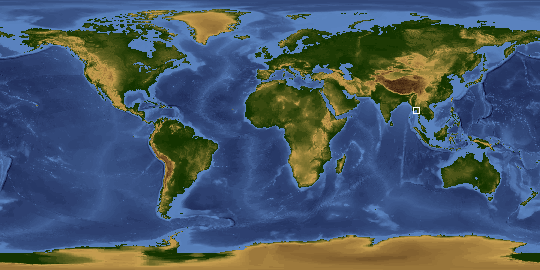 Other options available:
Download Packaged File
Download a Google Earth KML for this Image
View photo footprint information
Image Caption: STS068-253-072 Salween River Delta, Burma October 1994
The silt-laden mouth of the Salween River is visible in this west-looking view. The Salween River rises in the Tibet Plateau of western China just to the south of the Kunlun Mountains. The river flows generally in a southeast direction for 1750 miles (2815 km) through deep, narrow gorges from China into Burma to its mouth. In Burma, the river cuts through the Shan Plateau and Karenni Hills before emptying into the Gulf of Martaban near the port city of Moulmein. The Salween River has few tributaries and because of the river's numerous rapids, is navigable for only 75 miles (120 km) upstream. The small river entering the scene at the bottom left of the image is the Hlaingbwe.