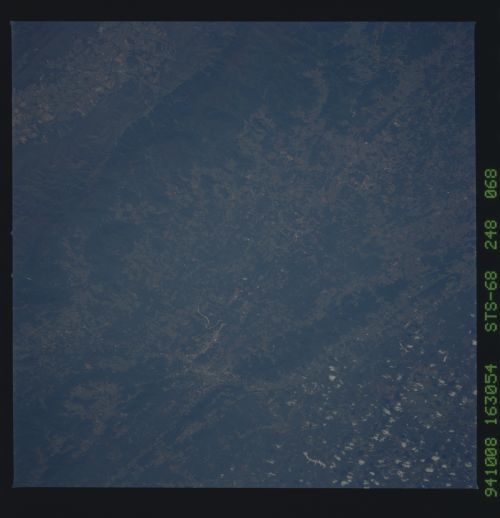 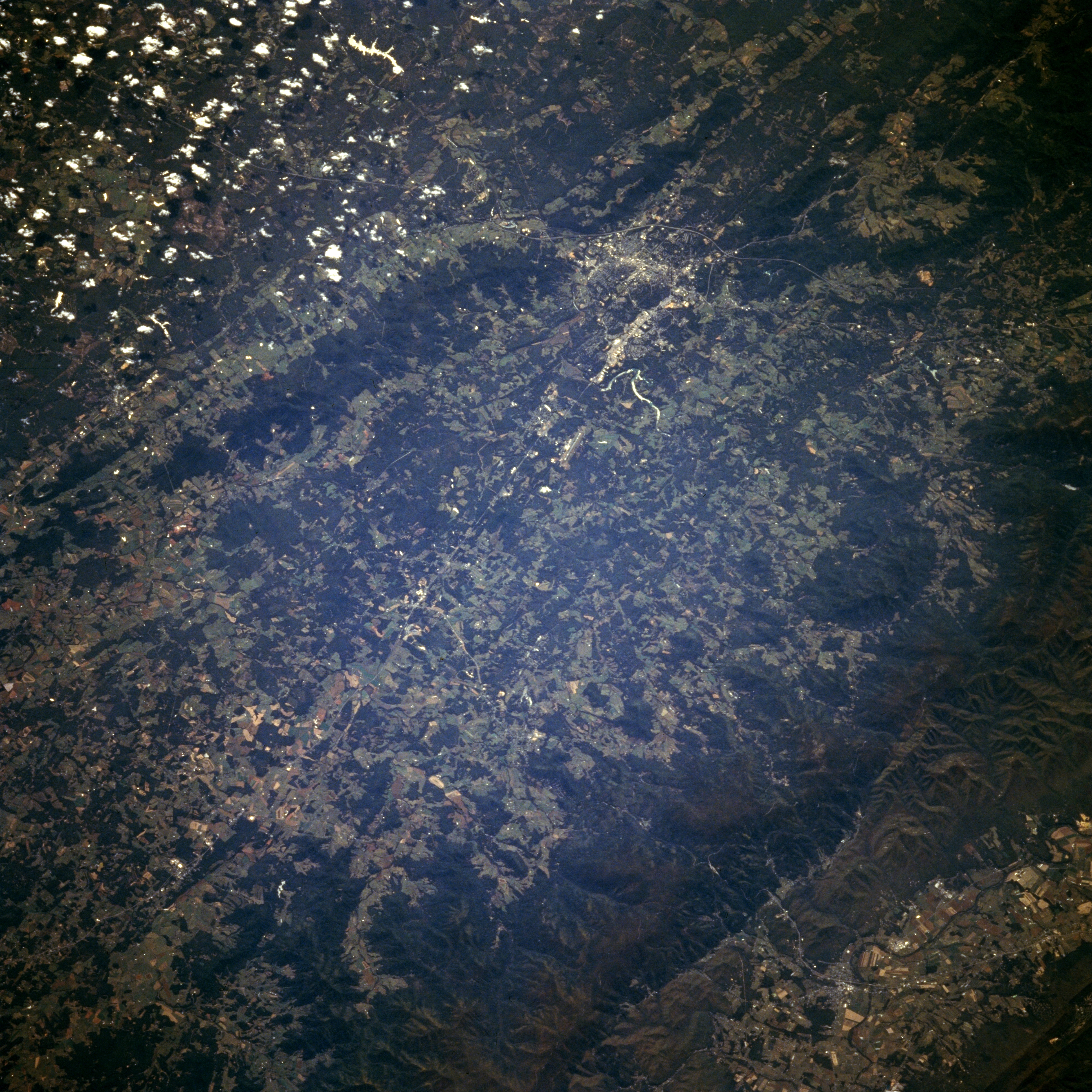 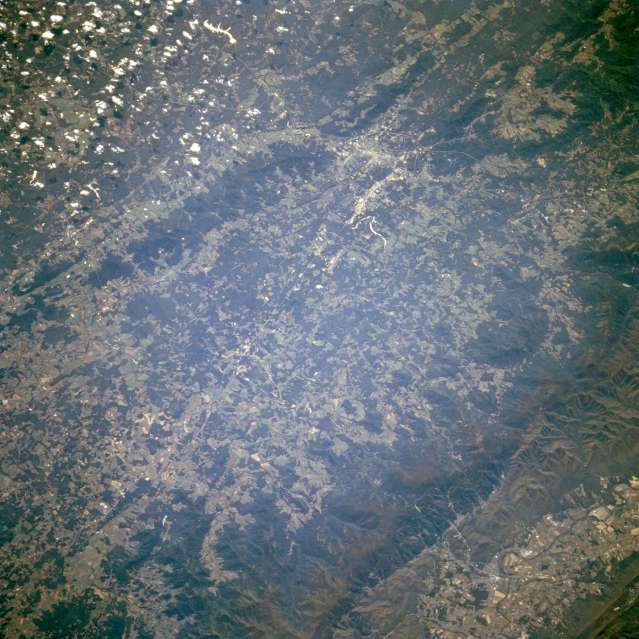 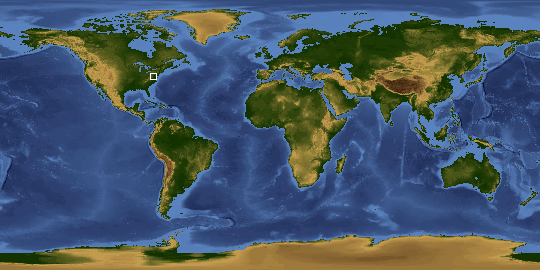 Other options available:
Download Packaged File
Download a Google Earth KML for this Image
View photo footprint information
Image Caption: STS068-248-068 Shenandoah Valley, Winchester, Virginia, U.S.A. October 1994
The agricultural fields of the Shenandoah Valley in northwestern Virginia are visible in this northwest-looking low-oblique view. The Shenandoah Valley is part of the Great Appalachian Valley and is over 150 miles (240 km) long. It is located between the Blue Ridge Mountains to the east (lower right) and the Allegheny Mountains to the west (upper left under clouds). The valley is a rich agricultural area with fertile farm land, orchards, and pastures. During the American Civil War, the valley served as one of the Confederates' principal storehouses. The Confederate Forces of General Robert E. Lee retreated through the valley after being checked in the Antietam and Gettysburg campaigns. The city of Winchester is discernible midway between the center and the upper center of the image. Located in the northern Shenandoah Valley, Winchester is a trade, processing, and shipping center for an orchard district noted worldwide for its apples.