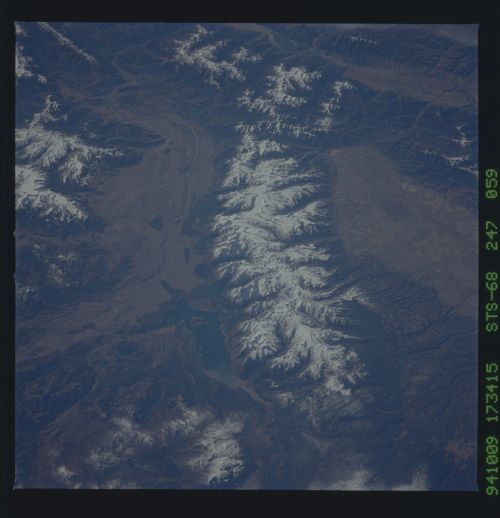 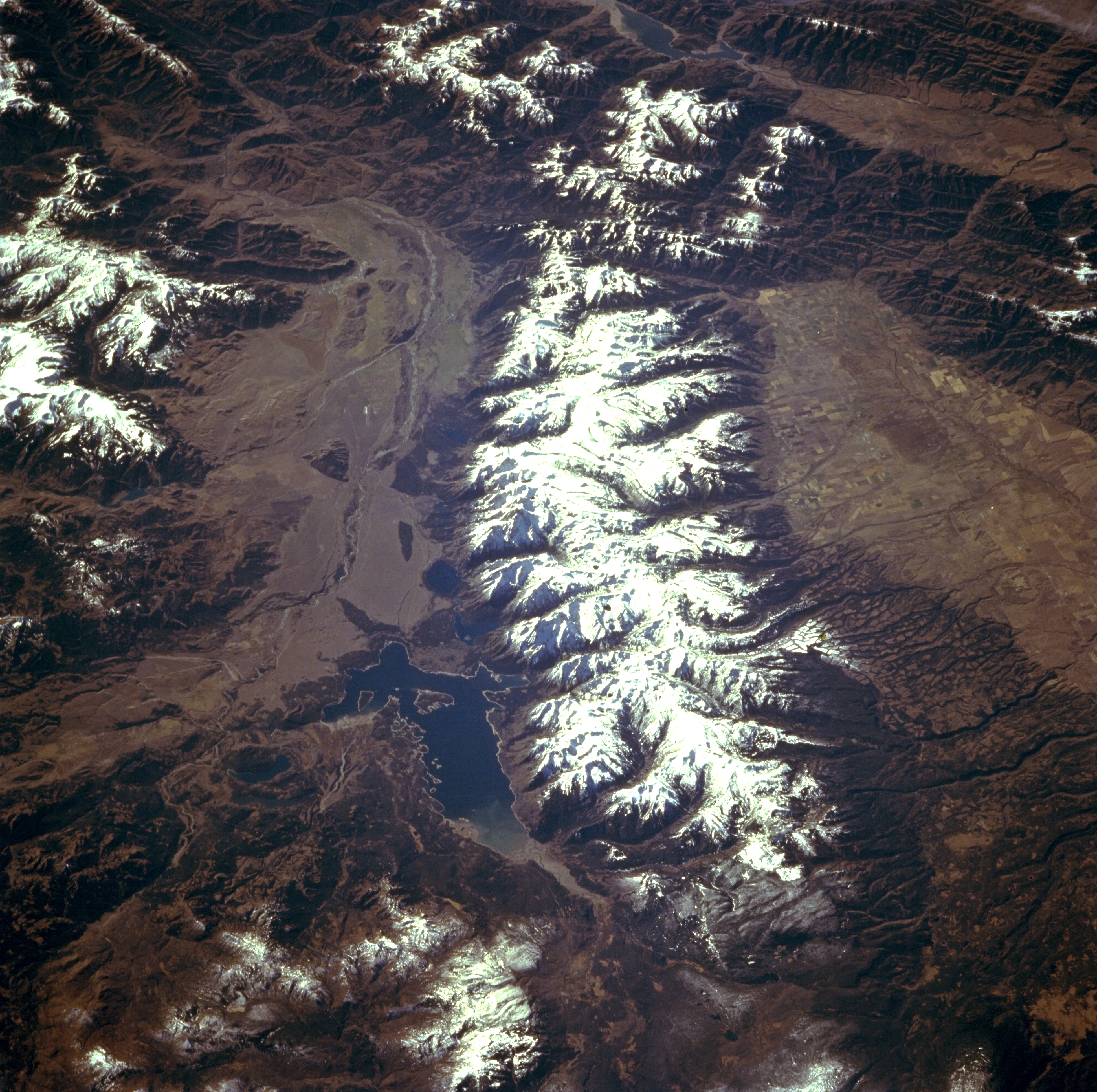 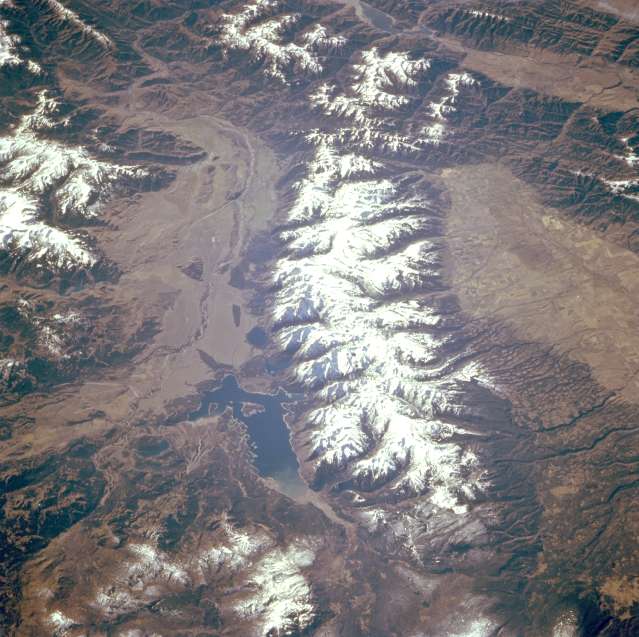 Other options available:
Download Packaged File
Download a Google Earth KML for this Image
View photo footprint information
Image Caption: STS068-247-059 Teton Range and Jackson Lake, Wyoming, U.S.A. October 1994
The Tetons, a fault block mountain range considered by many to be the jewel of Wyoming, is featured in this spectacular south-southwest-looking, low-oblique photograph. The Tetons are small by mountain range standards--only 40 miles (65 kilometers) long and 10 to 16 miles (16 to 24 kilometers) wide--but rise steeply from the valley floor, and the rugged, glacier-carved topography creates one of the most spectacular ranges in the Western Hemisphere. The Tetons form a giant wall of stone separating the high mountains and basins of Wyoming from the volcanic lowland of the Snake River Plain to the west. The rock forming the Tetons--ancient basement rock more than 2.5 billion years old--is among the oldest exposed rock anywhere on Earth. While most other Wyoming mountain ranges are between 55 and 60 million years old, the Tetons--the youngest mountains on the Wyoming landscape--are less than 10 million years old and are still rising; therefore, the Tetons and the sinking Jackson Hole region are prone to earthquakes, most of which have been small. Popular with both tourists and hunters is Jackson Hole, the fertile valley east of the Tetons 50 miles (80 kilometers) long and 6 to 8 miles (9 to 13 kilometers) wide. The Jackson Hole Wildlife Park is the winter home of the largest elk herd in North America, and Jackson Lake has been a recreational lake since the Jackson Lake Dam was completed in 1911.