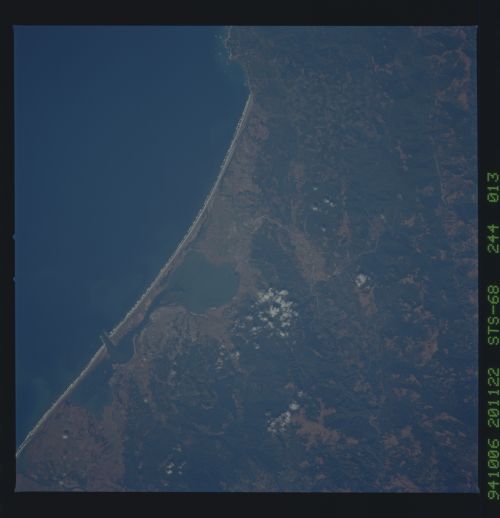 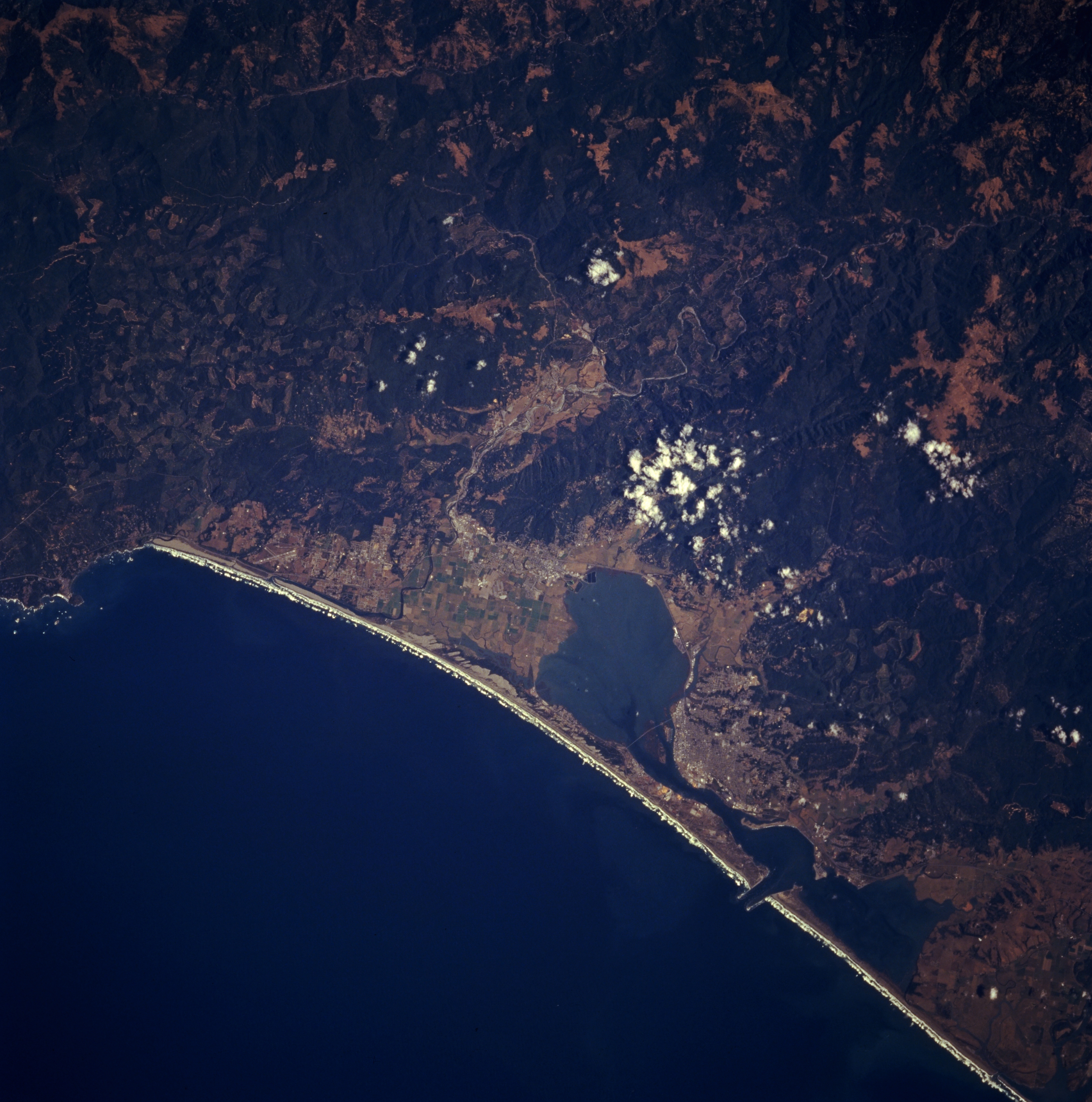 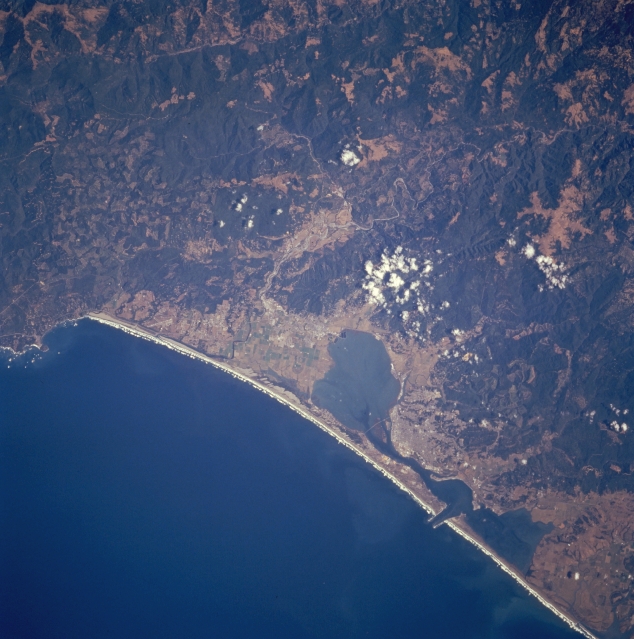 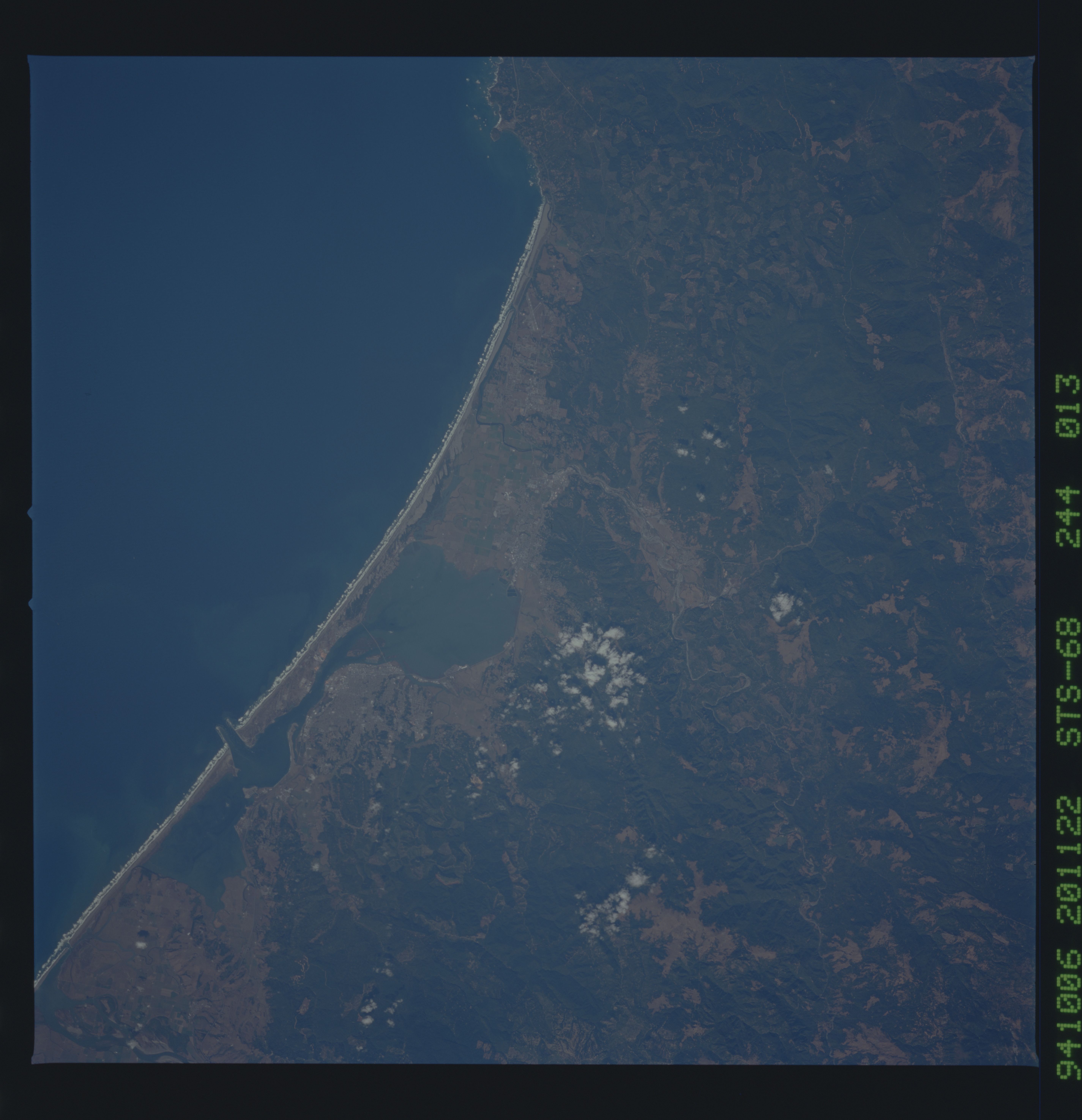 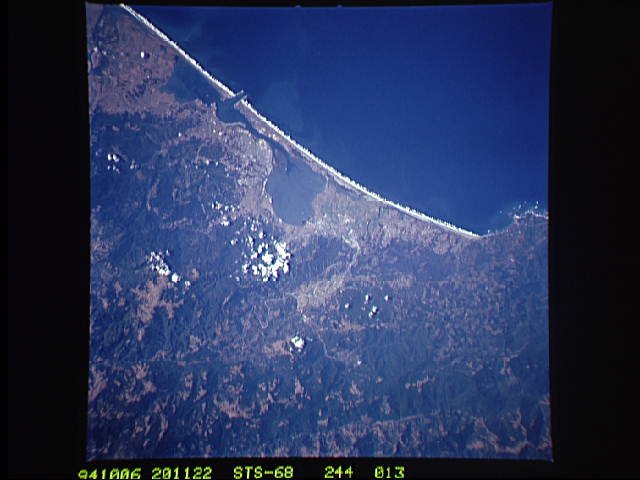 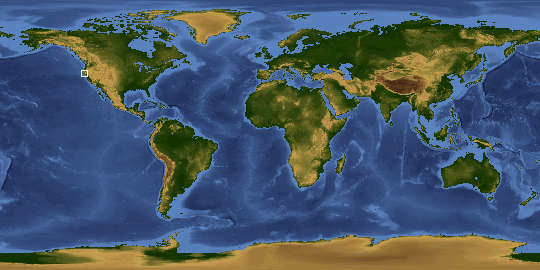 Other options available:
Download Packaged File
Download a Google Earth KML for this Image
View photo footprint information
Download a GeoTIFF for this photo
Image Caption: STS068-244-013 Humboldt Bay and Eureka, California, U.S.A. October 1994
The rugged terrain of the forested Klamath Mountains, with some clear-cutting by timber companies, is captured in this near-vertical photograph. Visible are the Mad River Valley near the center of the photograph and the silty waters of northeastern Humboldt Bay. The bay is bordered on the north by Arcata and on the south by Eureka, the area's major city and chief outlet on the Pacific coast for redwood timber. Near the left center are Trinidad Head and numerous small islets just offshore.