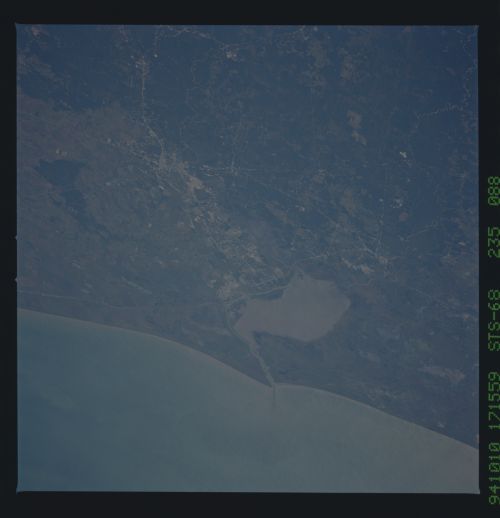 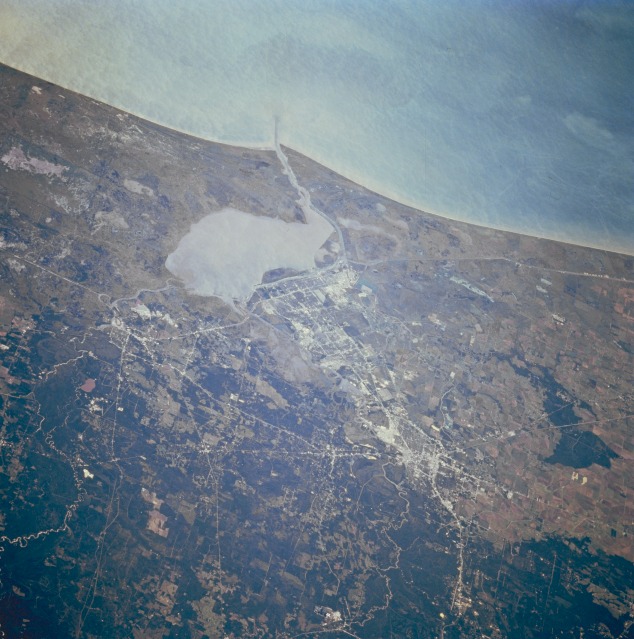 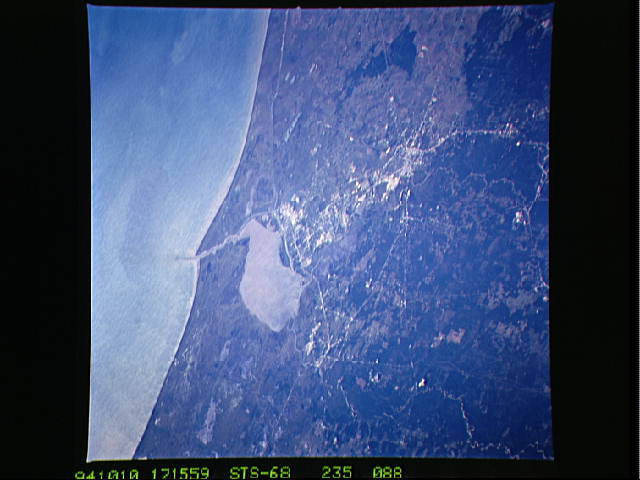 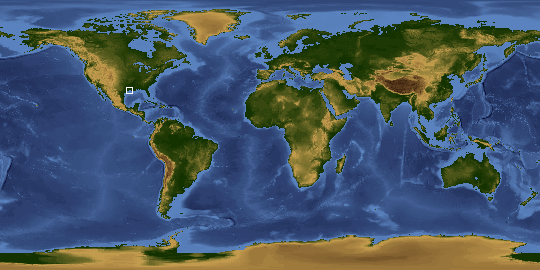 Other options available:
Download Packaged File
Download a Google Earth KML for this Image
View photo footprint information
Image Caption: STS068-235-088 Golden Triangle, Texas, U.S.A. October 1994
The Gulf of Mexico and Sabine Lake are masked by the sun reflecting off the water surface (sunglint); however, the photograph shows the relationship of Beaumont, Port Arthur, and Orange--the Golden Triangle of southeast Texas. The three cities, connected economically and industrially for many decades, are physically connected by Interstate Highway 10. The Neches River and the Sabine River meander south and eventually flow into the northern end of Sabine Lake, which is skirted on the northern end by the Intracoastal Waterway. The darker landscape north of the cities is the southern extent of the southeast Texas woodlands, mainly pine forests. Much of the coastal plain is low lying and swampy.