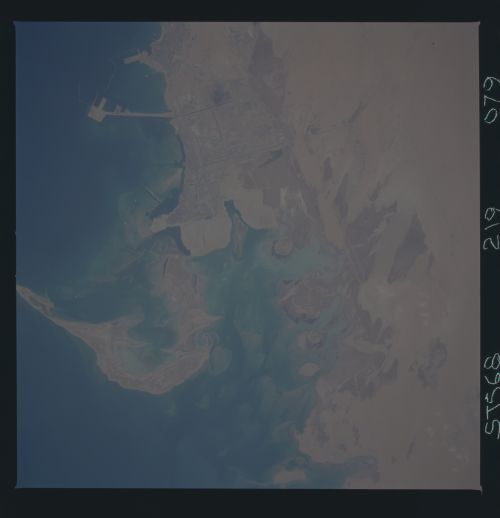 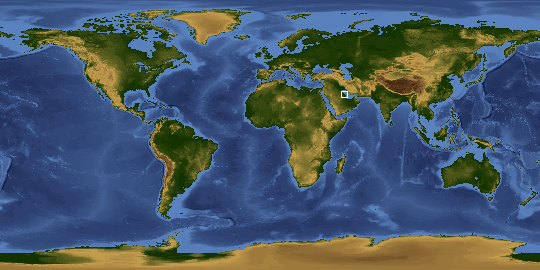 Other options available:
Download Packaged File
Download a Google Earth KML for this Image
View photo footprint information
Image Caption: Abu Ali Is and Al Barri oilfield in the Persian Gulf.
Coastal and shallow-water habitats evident in the small bay to the
north of the island was surveyed during the STS-45 mission to assess
the impact of the 1991 Kuwait oil slick. Much of the southward-moving
oil came ashore in this small bay as Abu Ali Is. served as a natural
barrier, preventing the slick from progressing further south along the
Saudi coast. The Persian Gulf survey team reported encountering large
areas of beach on Abu Ali Is. covered by a thick asphalt material that
was likely the result of oil spills prior to the 1991 spill. North of
Abu Ali, surveys revealed a nearly continuous surface layer of oiled
sediments extending 250 meters offshore at high tide.