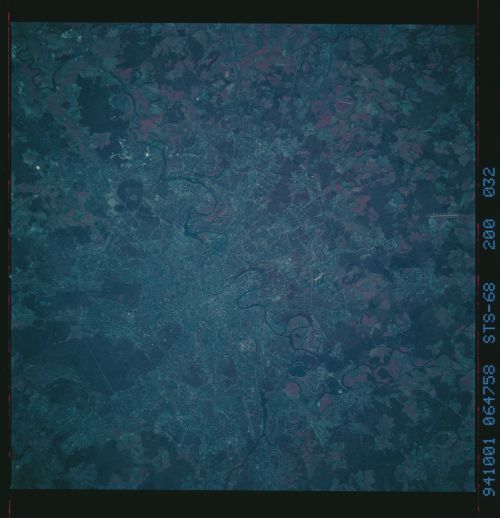 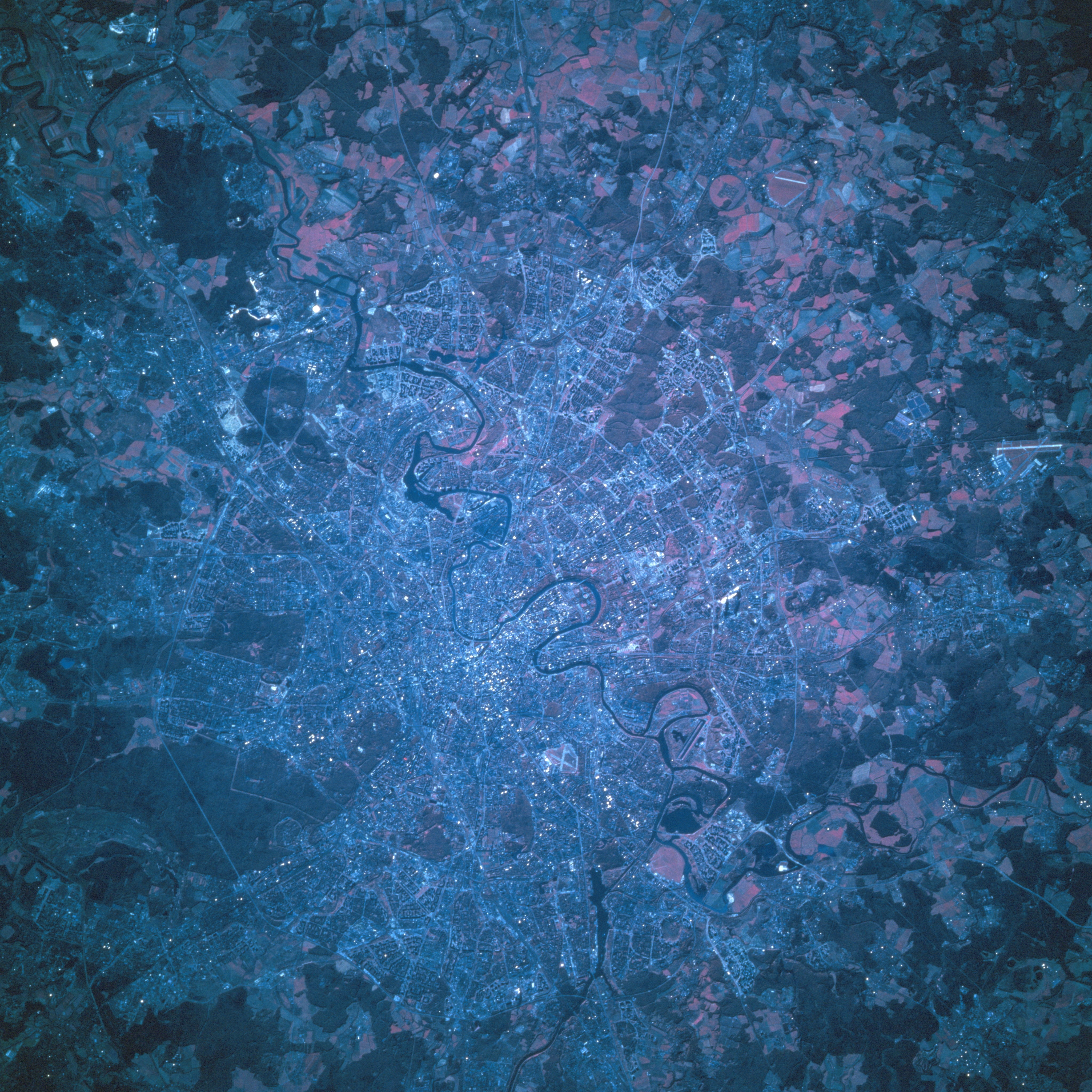 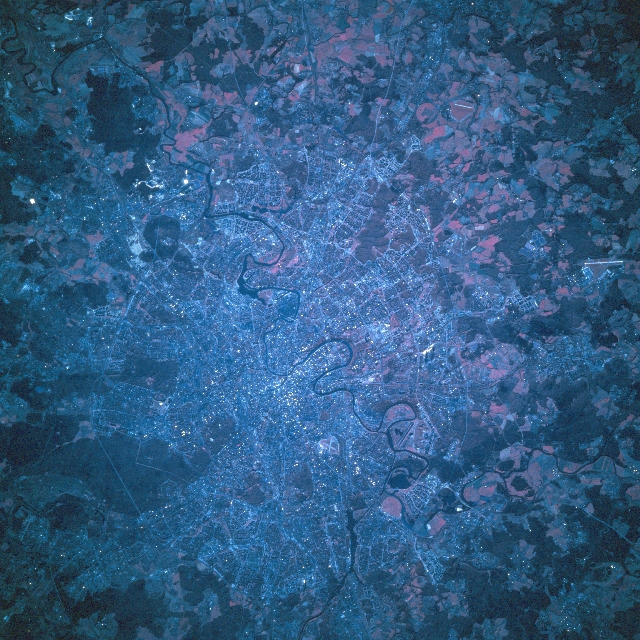 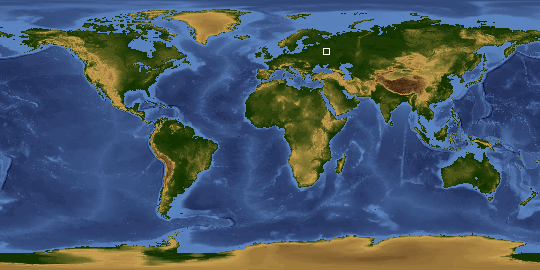 Other options available:
Download Packaged File
Download a Google Earth KML for this Image
View photo footprint information
Image Caption: STS068-200-032 Moscow, Russia October 1994
Moscow, shown in the center of the image, has a population of over 10 million people. Historically, strategically, and culturally, Moscow is considered to be "Mother Russia" to the Russian people. Many ground transportation arteries (highway and railroad right of ways) are visible (light-colored, linear features) as they converge towards the central part of Moscow. The world famous Kremlin can be located along the northern shore of the Moscow River (slightly below center of the image). One of the five airports (light-colored, linear feature) that ring the city is visible southwest (right middle edge) of the center of the city. The Moscow River (thin, dark, meandering line) is discernible as it bisects the built up urban area and drains southeastward through the flat landscape that is found both within the city and in the surrounding countryside. The color infrared quality of the image helps to discriminate the vegetation cover in the rural terrain that surrounds Moscow. Densely forested areas appear as a deep red color while the rural areas where the forest cover has been removed appear as a much lighter shade of red (pinkish hue).