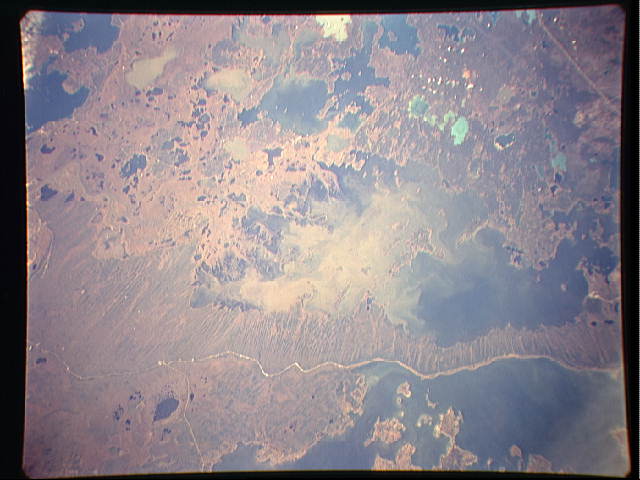 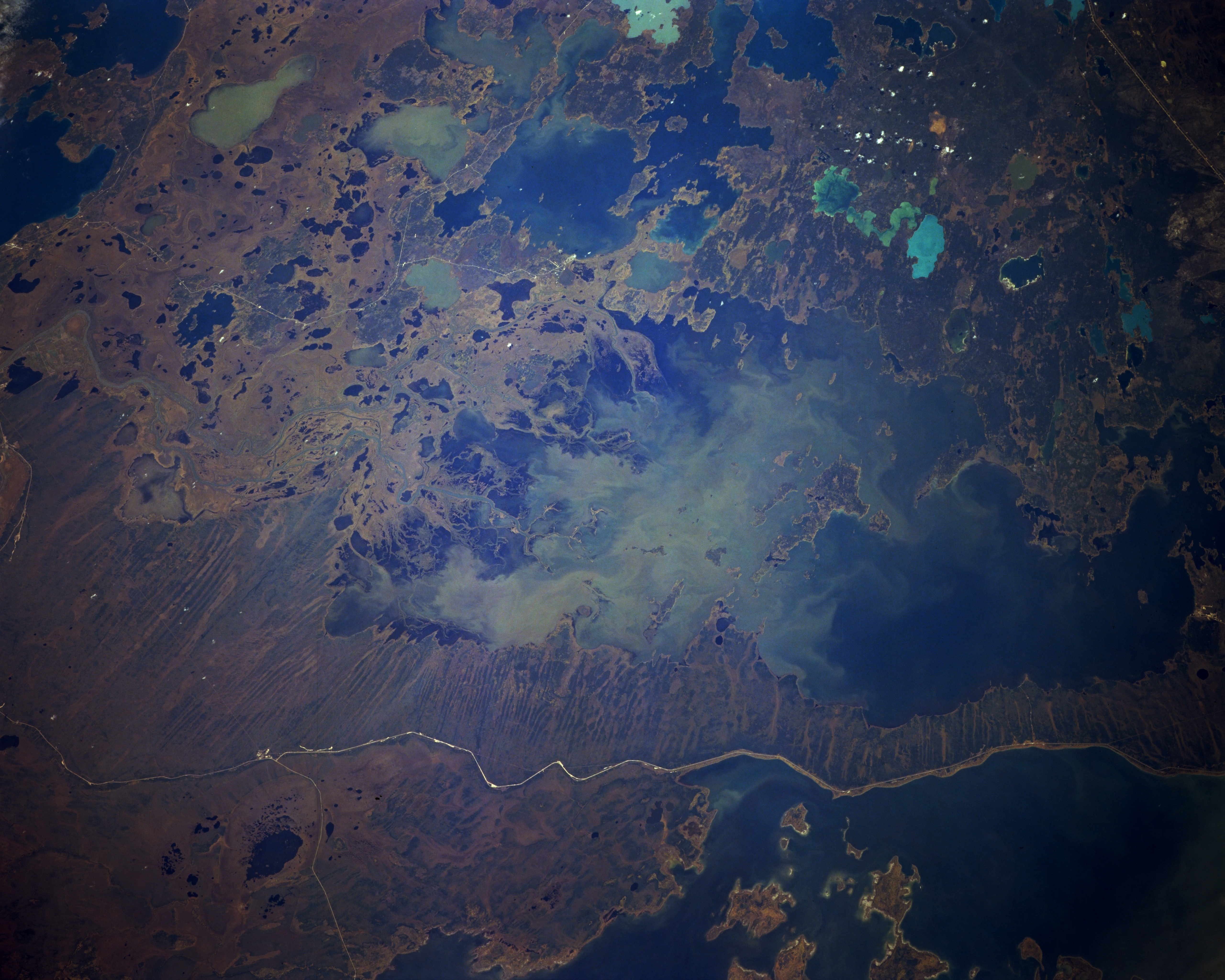 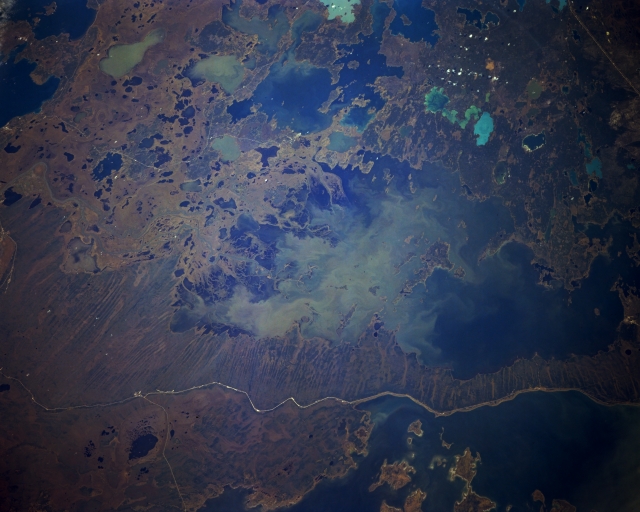 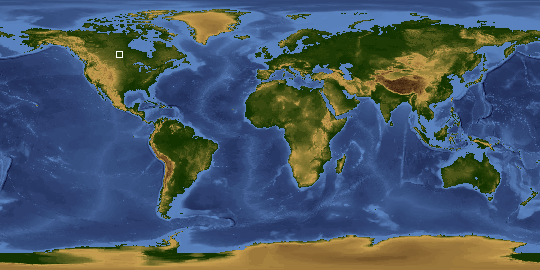 Other options available:
Download Packaged File
Download a Google Earth KML for this Image
View photo footprint information
Image Caption: STS068-174-121 Cedar Lake, Manitoba, Canada October 1994
The Saskatchewan River manages to flow through the maze of small lakes and eventually Cedar Lake (large lake in center of the image) before the river empties into the northwest side of Lake Winnipeg in the upper right side of the photograph. The Saskatchewan River was dammed in 1968 to form Cedar Lake reservoir 2.5 miles (4 kilometers) above Grand Rapids. Due to the composition of the limestone formation in the area, 99909 tons of cement were used to grout the forebay of the reservoir. A dike visible on the shore of Lake Winnipegosis was constructed to keep the two water bodies separate. The large lake dotted with islands at the bottom right is the northern edge of Lake Winnipegosis. The overall landscape is swampy, flat terrain. A small section of Highway 6 is visible (upper right corner); Highway 60 runs laterally across the picture between the two large lakes, and a section of highway 10 connects with the western end of highway 60. It is interesting to note the different water colors in many of the lakes and also notice the unusual striated pattern in the marshy area north of Highway 60.