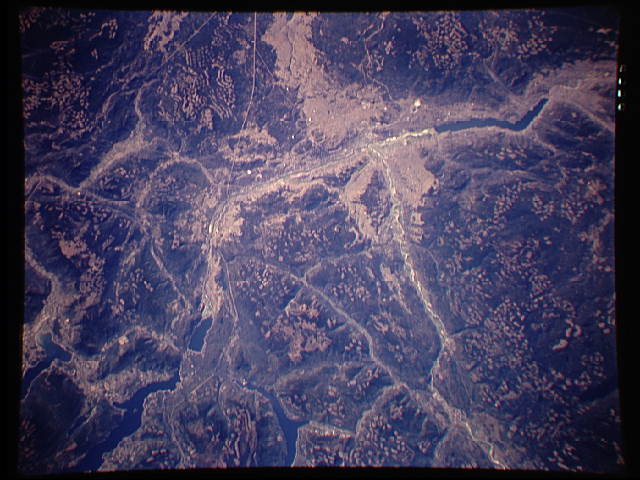 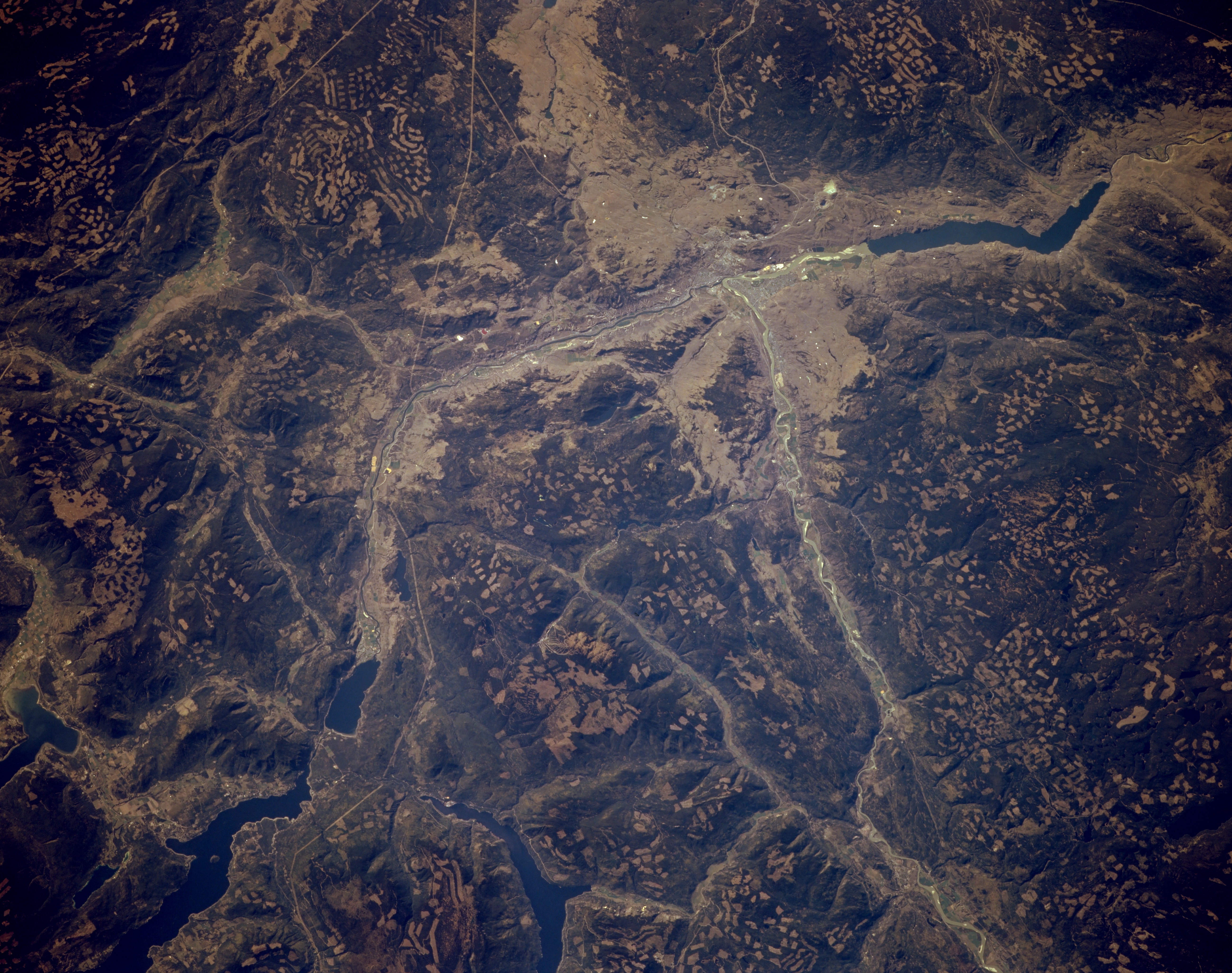 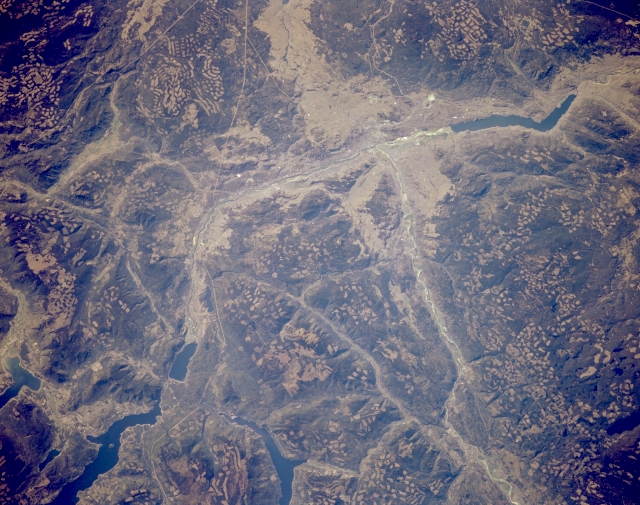 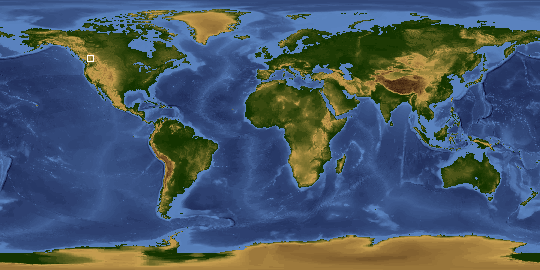 Other options available:
Download Packaged File
Download a Google Earth KML for this Image
View photo footprint information
Image Caption: STS068-170-55B Kamloops Area, British Columbia, Canada October 1994
Kamloops, primarily an industrial city in south central British Columbia, is located along the northwest shore of the confluence of the North Thompson and South Thompson Rivers. It is difficult to locate the city because none of the urban infrastructure can be identified on this scale image. Kamloops Lake is the elongated reservoir (dark feature) just west of the city (upper right). As the pock-marked mountainous landscape shows, Kamloops is a major service center for the vast lumbering industry that is active in British Columbia. In addition to the clear cut areas on the mountain slopes, much of the valley in the vicinity of Kamloops shows evidence (lighter, tannish looking areas) of mining operations (mainly gold and copper). The thin, linear, light colored features are powerline right of ways and roads. Adams Lake and Shuswap Lake are the larger reservoirs in the lower left corner of the picture.