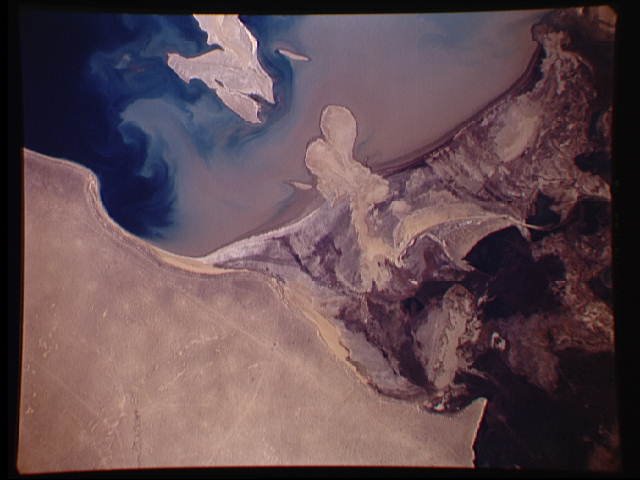 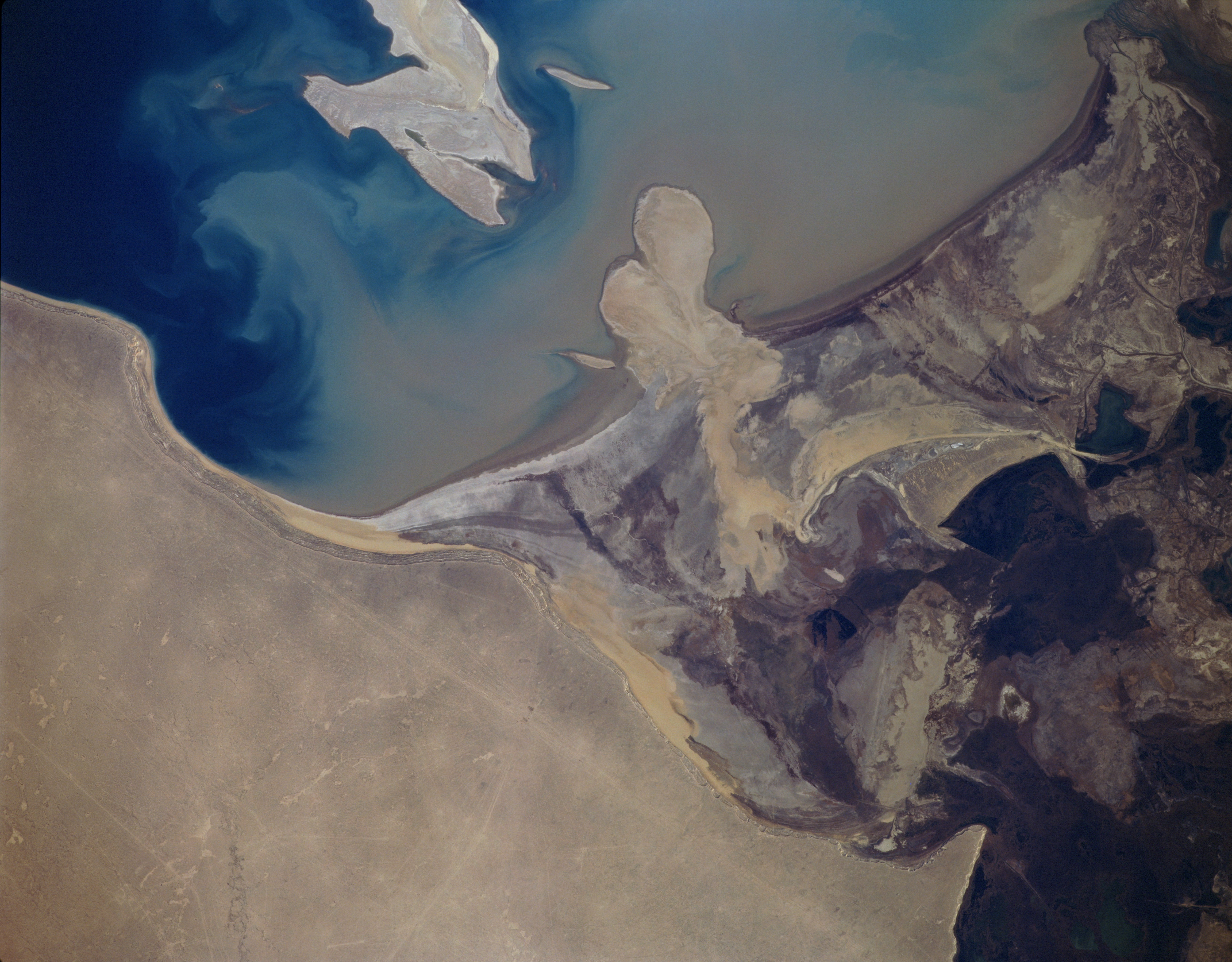 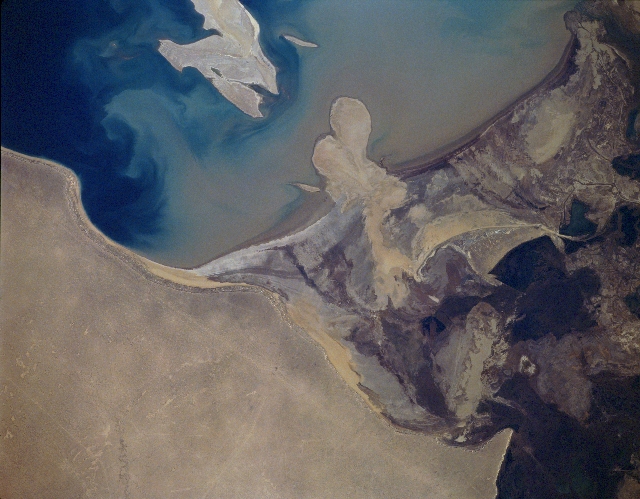 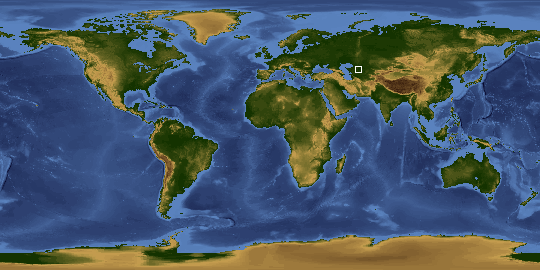 Other options available:
Download Packaged File
Download a Google Earth KML for this Image
View photo footprint information
Image Caption: STS066-157-145 Amu-Darya Delta, Uzbekistan November 1994
The Amu-Darya rises in the Pamir Mountains of central Asia and flows 1600 miles (2575 km) before entering the southern Aral Sea through a large delta. The river provides water for irrigation, especially to desert lands to the south of the Aral Sea. These waters from the Amu-Darya flowing into the Aral Sea have been greatly reduced in the last 45 years because of this intensive irrigation. This has caused water levels in the sea to decline thus exposing the delta area as now seen in this image. In the upper right quadrant, the southern portion of Renaissance Island (Vorzrozhdeniya Island) is visible. This island, located in the central Aral Sea, continues to expand as water levels in the sea continue to decline. Renaissance Island was formerly used as the site of the former USSR Government's Microbiological Warfare Group. It was here that the deadly Antrax Virus was developed and stored. As the Aral Sea continues to dry and water levels recede, the ever-expanding island will connect to the surrounding land. Scientists fear that reptiles, including snakes, that have been exposed to the various viruses, will move on to the surrounding land and possibly infect the humans living around the shores of the Aral Sea.