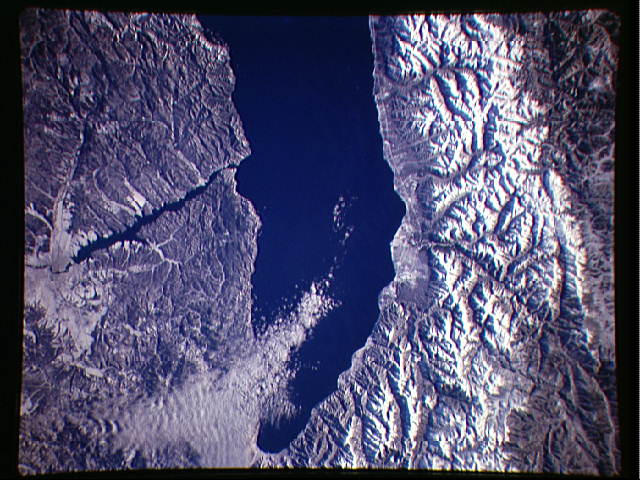 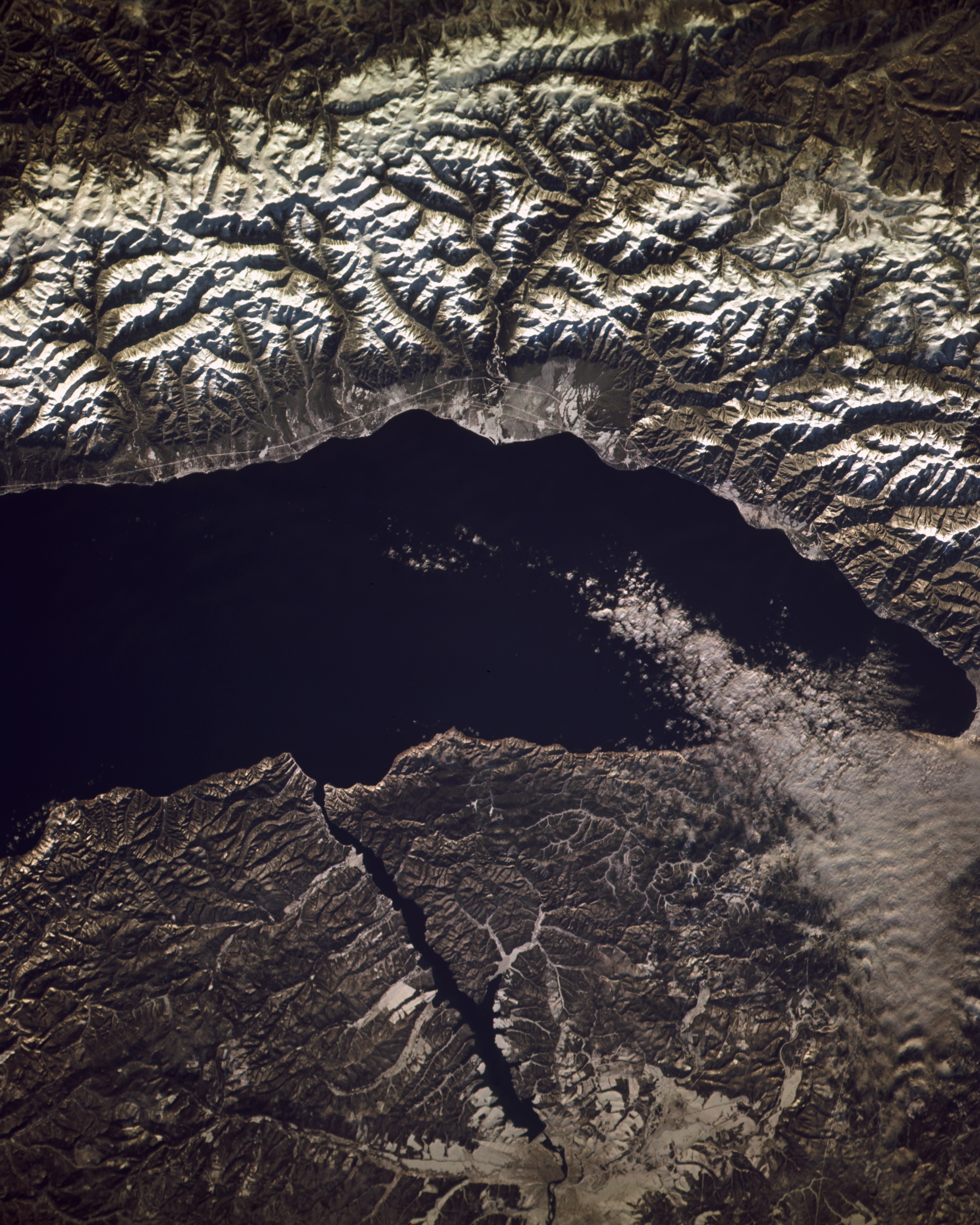 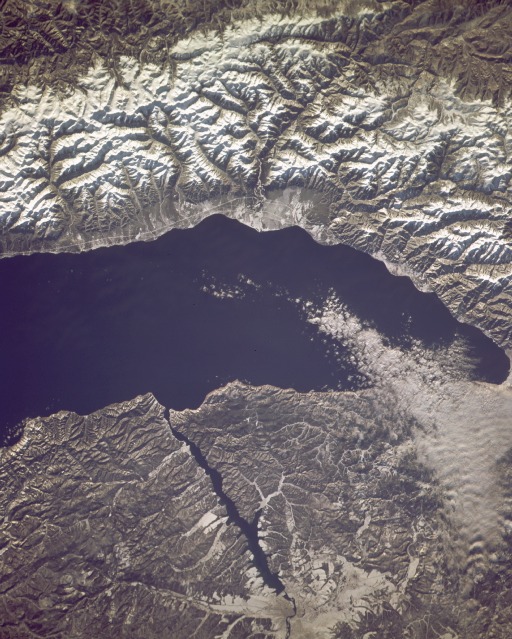 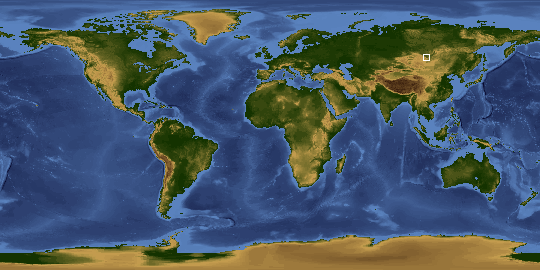 Other options available:
Download Packaged File
Download a Google Earth KML for this Image
View photo footprint information
Download a GeoTIFF for this photo
Image Caption: STS066-155-152 Lake Baikal (Baykal) and Irkutsk, Russia November 1994
The largest freshwater lake and the deepest lake in the world, Baikal (Baykal), can be seen in this south-looking, low-oblique photograph. This view offers a look at the southern portion of the lake and the snow-covered Khamar Daban Range south of the lake. The lake's only outlet, the Angara River, is obvious near the center of the photograph, progressing northward toward the snow-covered city of Irkutsk. The great volume of water from the Angara River is harnessed by one of the largest hydroelectric dams in Eurasia located just south of Irkutsk (visible in the photograph). Irkutsk is an industrial city, a port, and a major stop on the Trans-Siberian Railroad route. Aircraft, automobiles, machine tools, textiles, chemicals, food processing, and metals are some of the manufacturing industries within the city. Founded as a cossack fortress in 1654, Irkutsk became the capital of eastern Siberia in 1822. Siberia has been a place of exile since the 18th century. In the mid-1960s, Russian scientists and writers denounced and halted the construction of a large pulp and paper mill on the south shore of Lake Baikal because they opposed polluting the lake with the mill's waste products. These waste products could have upset the balance of nature and killed many of the plants and animals (found nowhere else in the world) that live in the lake and on shores.