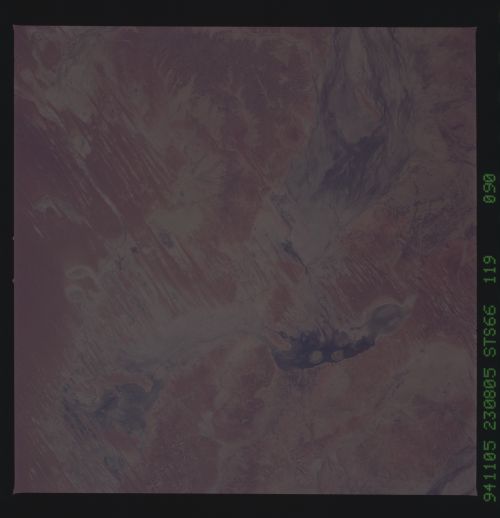 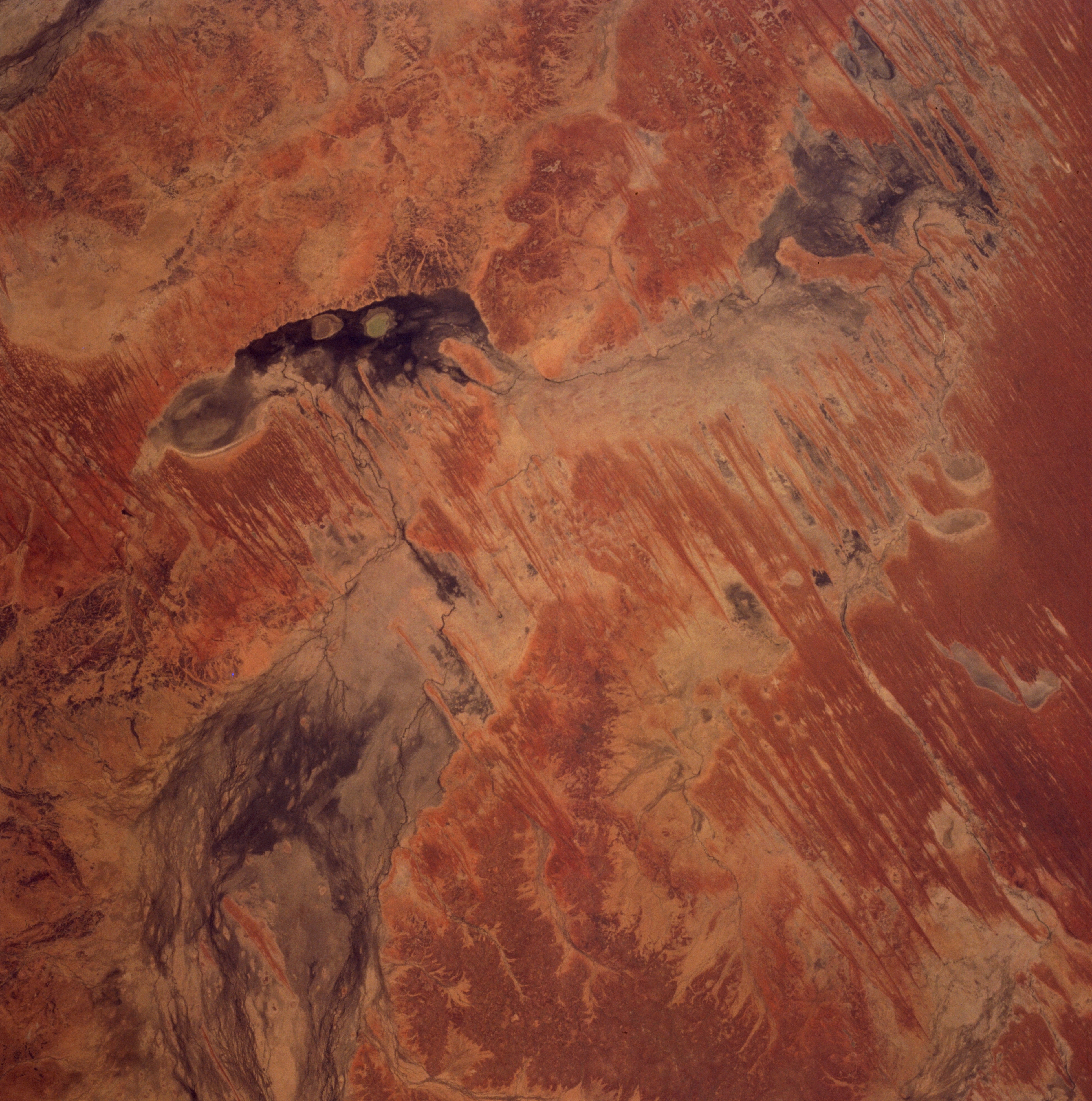 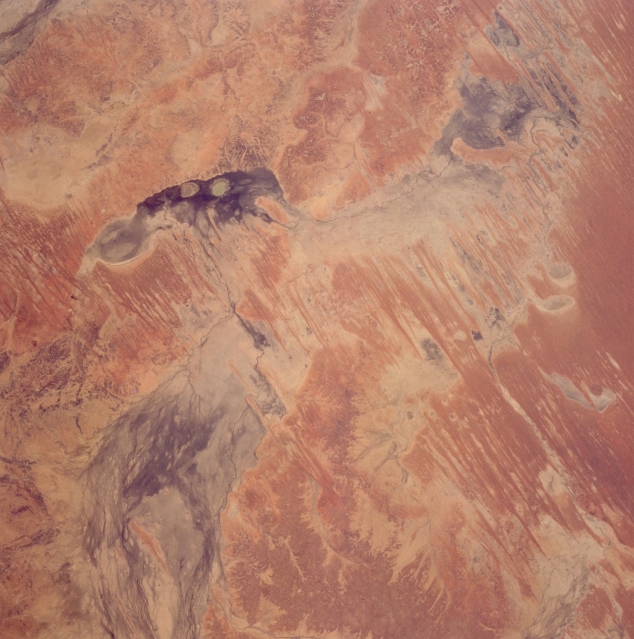 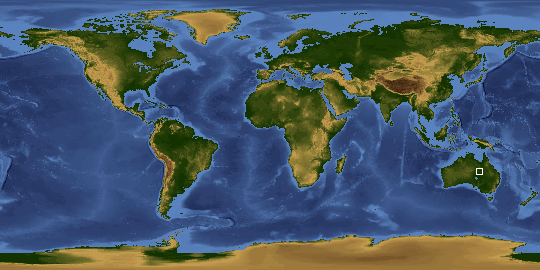 Other options available:
Download Packaged File
Download a Google Earth KML for this Image
View photo footprint information
Image Caption: STS066-119-090 Eyre Creek, Queensland, Australia November 1994
A complex interior drainage pattern of Eyre Creek marks the arid transition zone between the Great Artesian Basin and the northeastern fringe of the Simpson Desert in southwest Queensland. The water flow in Eyre Creek is actually from north (bottom left) to south where it enters a depression. After passing through the ephemeral "lagoon" (darker feature) the creek makes a ninety-degree turn to the west, eventually ending up in another shallow depression (darker feature--upper right). The darker areas within the multi-braided ephemeral stream channels show where the lower lying areas are located within the slope of the landscape. These ephemeral "lagoons" are darker because of plant growth or fungus and in some cases moisture is present in the depressions. The alternating light and dark, paralleling lines are a series of sand dunes, generally oriented north-south.