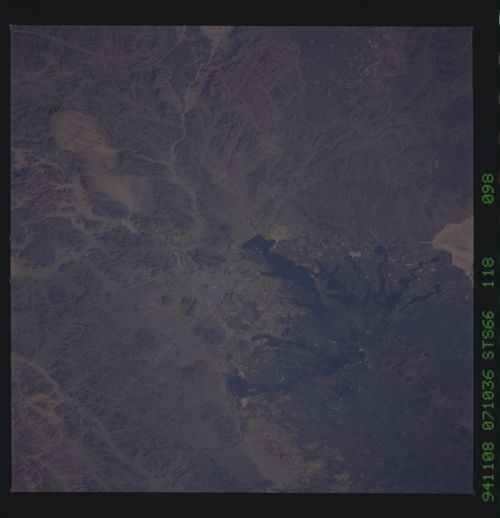 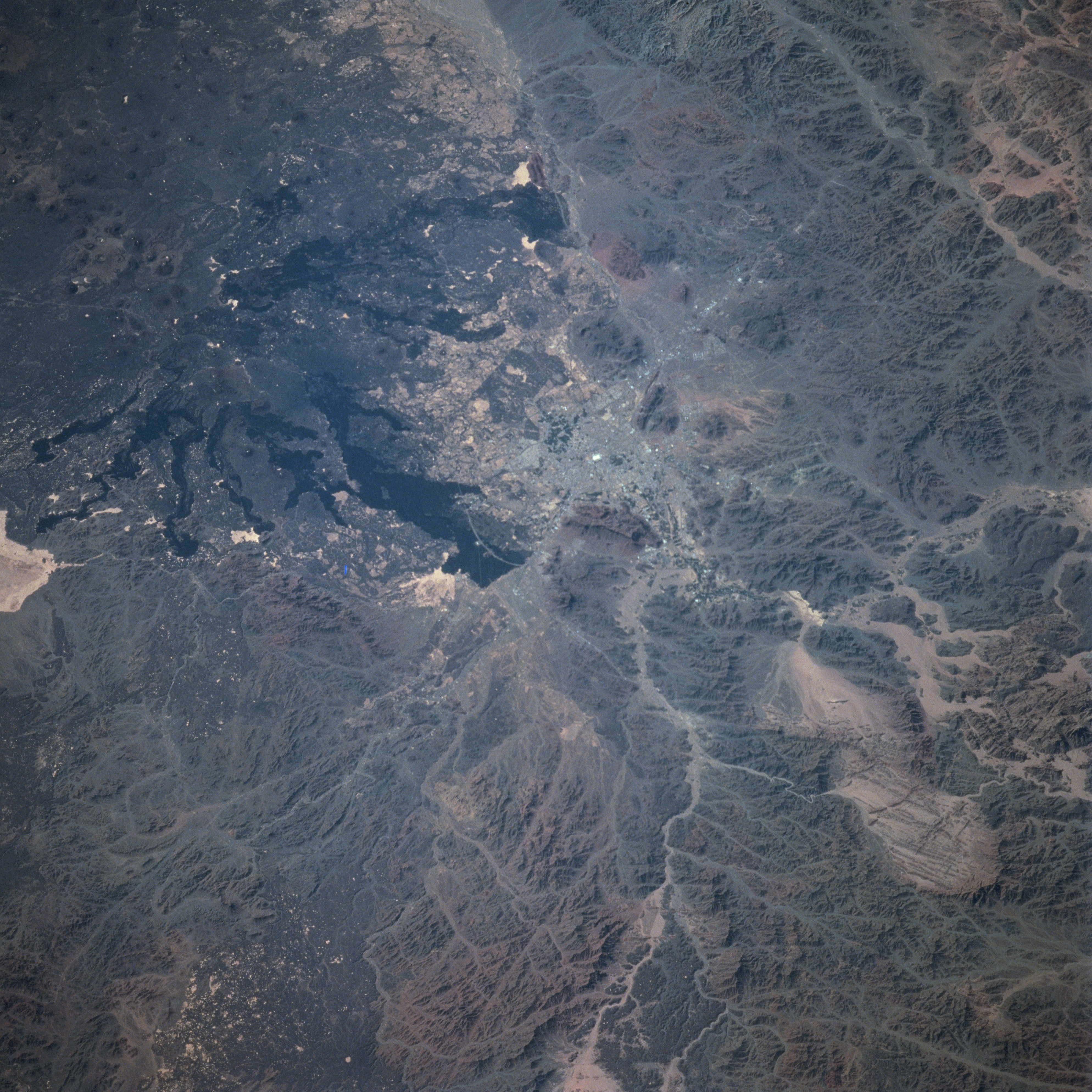 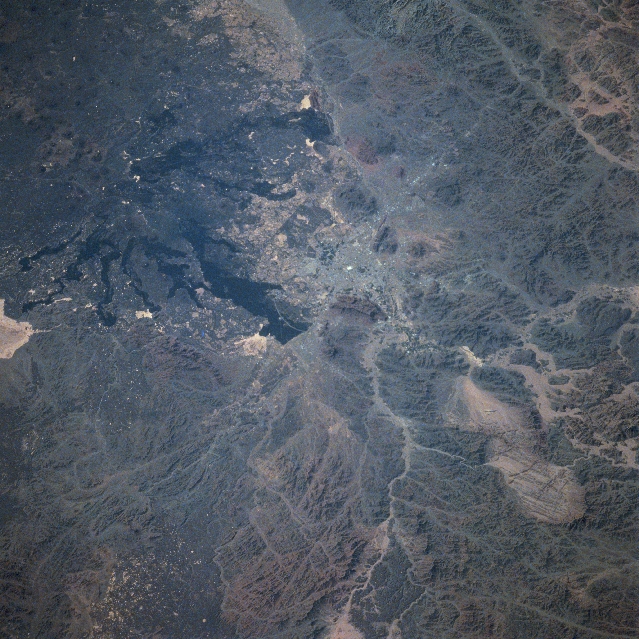 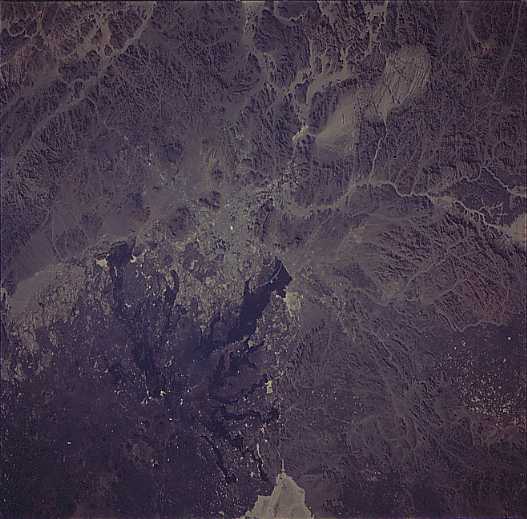 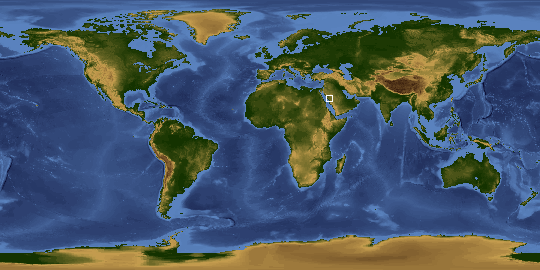 Other options available:
Download Packaged File
Download a Google Earth KML for this Image
View photo footprint information
Image Caption: STS066-118-098 Medina, Saudi Arabia November 1994
Considered to be the second most important holy city of Islam, the city of Medina (center of image) is discernible in the south-looking view. Medina is located in a well-watered oasis 110 miles (180 km) inland (east) of the Red Sea. Much fruit and some grain are raised in and around the city. The Rahat Lava Field (elongated, black features) can be seen to the south and east (upper left portion of the image) of the city. The chief building is the large mosque (white dot near the center of the image), which contains the tombs of Mohammed, his daughter Fatima, and the Caliph Omar. When making the pilgrimage to the holy city of Mecca, usually a visit to Medina is part of the trip. The city is surrounded by the low rugged hills of the eastern Hijaz Massif, which parallels the Red Sea coast.