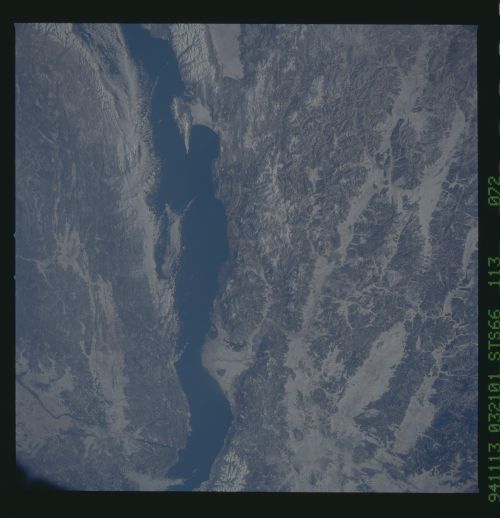 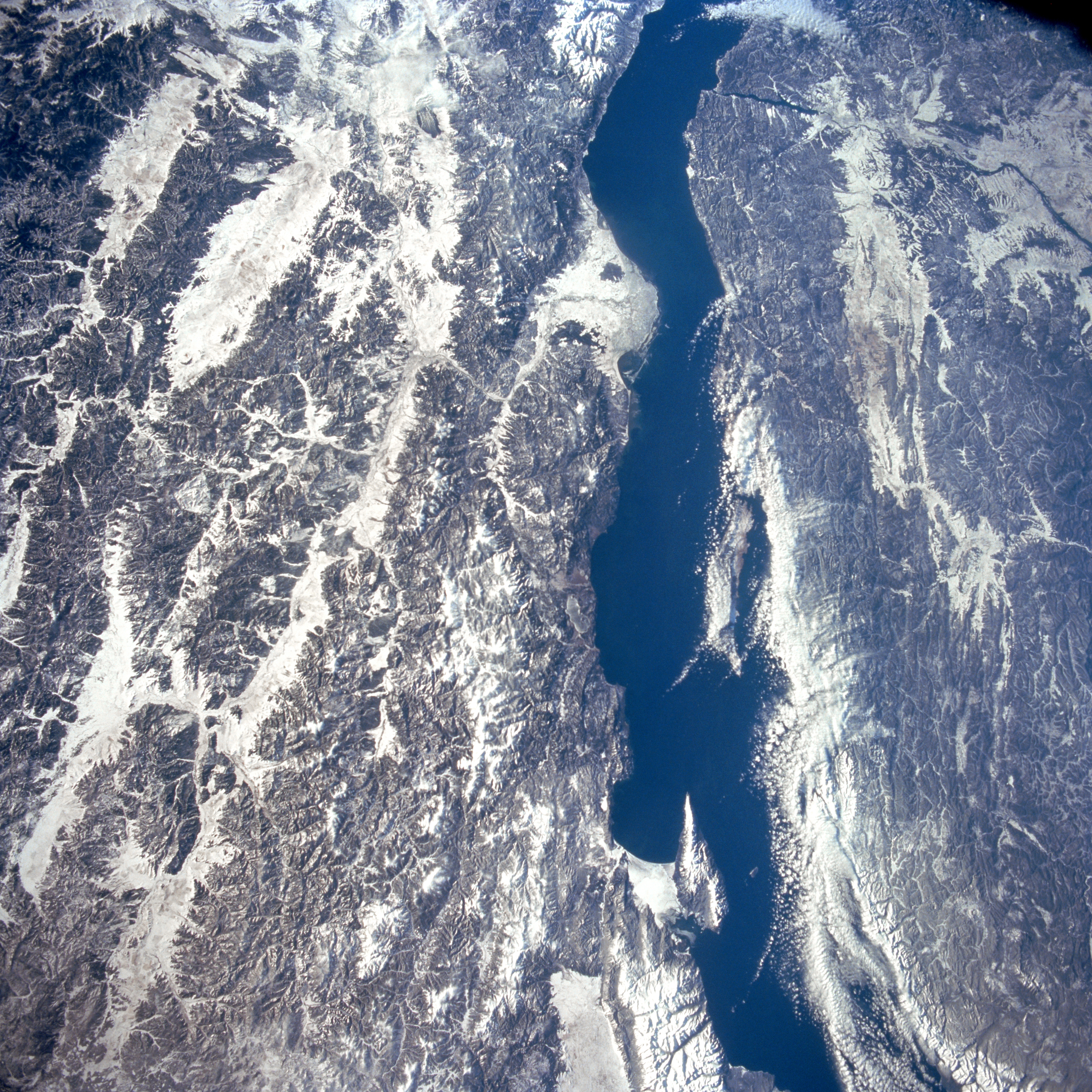 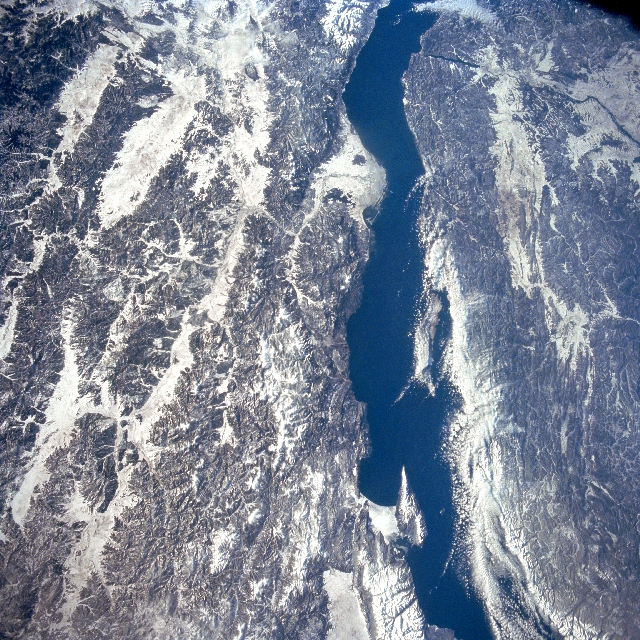 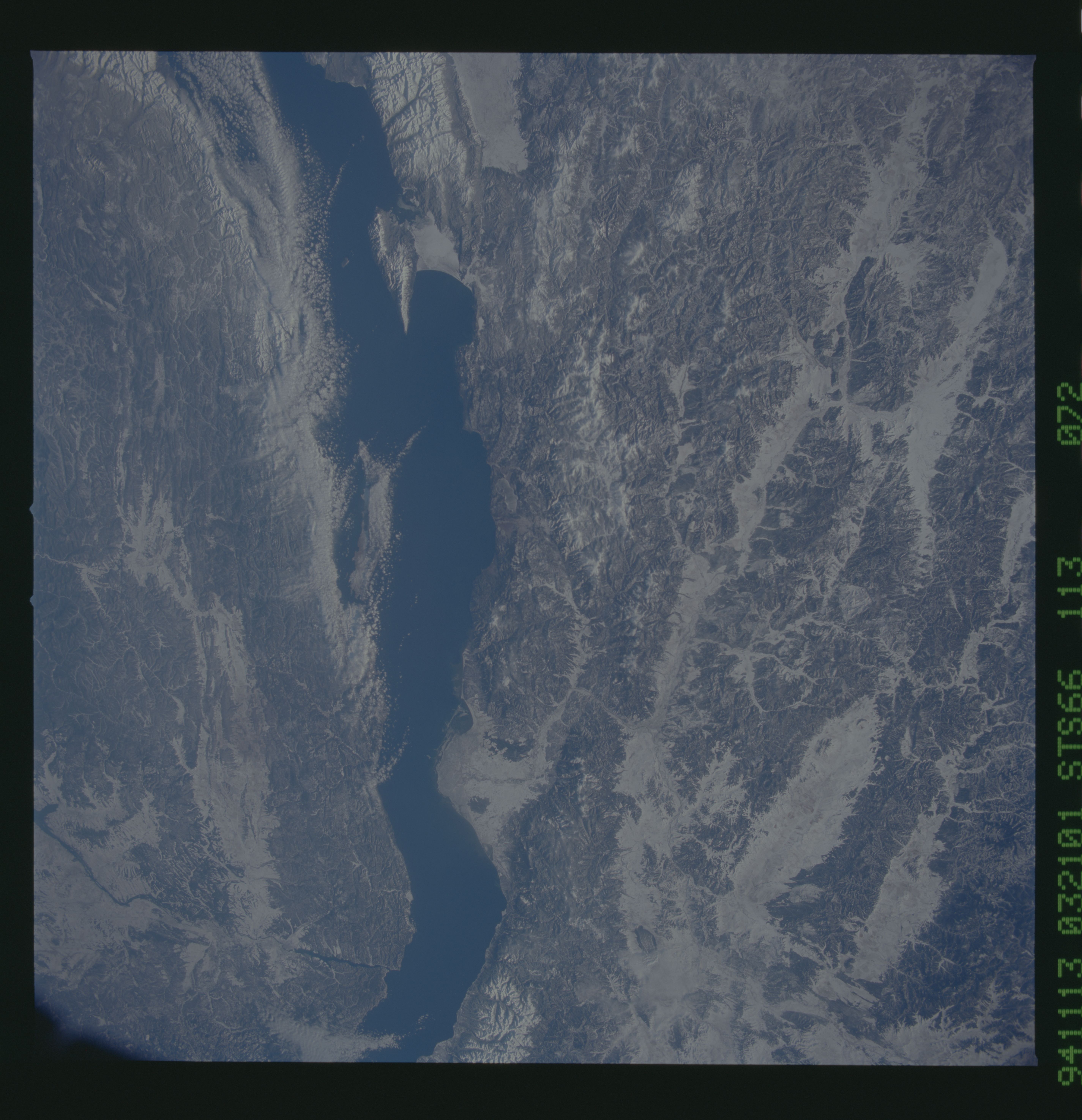 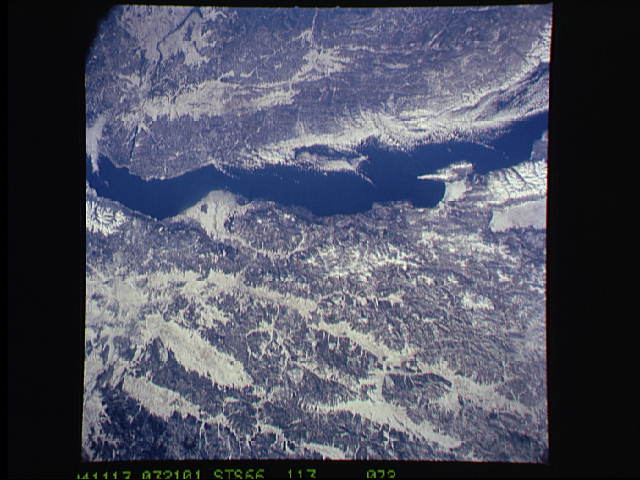 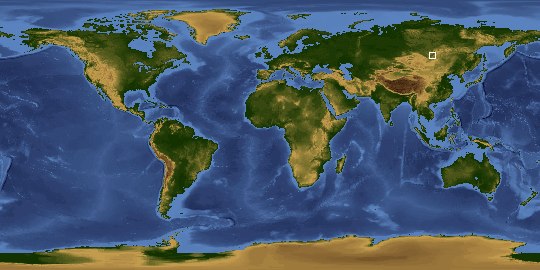 Other options available:
Download Packaged File
Download a Google Earth KML for this Image
View photo footprint information
Download a GeoTIFF for this photo
Image Caption: STS066-113-072 Lake Baykal, Russia November 1994
Most of Lake Baykal (elongated, dark feature) is visible in this synoptic southwest view of southeast Siberia. Lake Baykal is a long (400 miles - 650 km), deep (maximum depth 5714 feet - 1742 meters) freshwater lake that covers a fault trench that is generally aligned in a northeast-southwest arc. The lake contains 20 percent of the worlds unfrozen fresh water. Over 365 rivers flow into Lake Baykal and only one river, the Angara River (dark, linear feature near upper right corner of image), flows out of the lake (southwest end of the lake). The lake is so large both in area and depth that it creates its own microclimate within a 15-mile (25 km) radius of the lake. As a result of the moderating effect of the lake winter temperatures are less severe and summer temperatures tend to be slightly cooler. The paralleling, snow-covered valleys on the east (left) side of the lake are a series of rift valleys. The Selenga River Delta (white, roughly triangular-shaped feature) is visible along the eastern shoreline of the lake (slightly above center). Clouds obscure a part of the western coast of Lake Baykal.