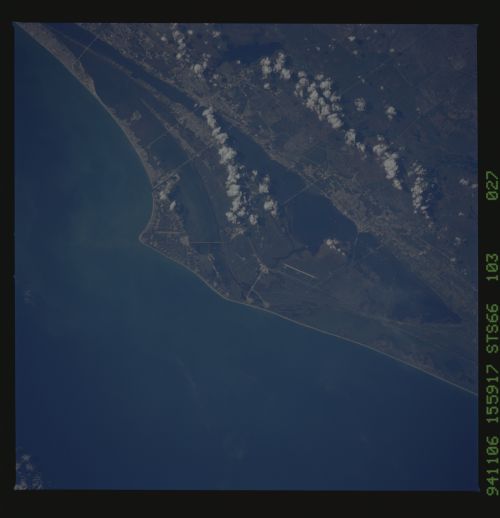 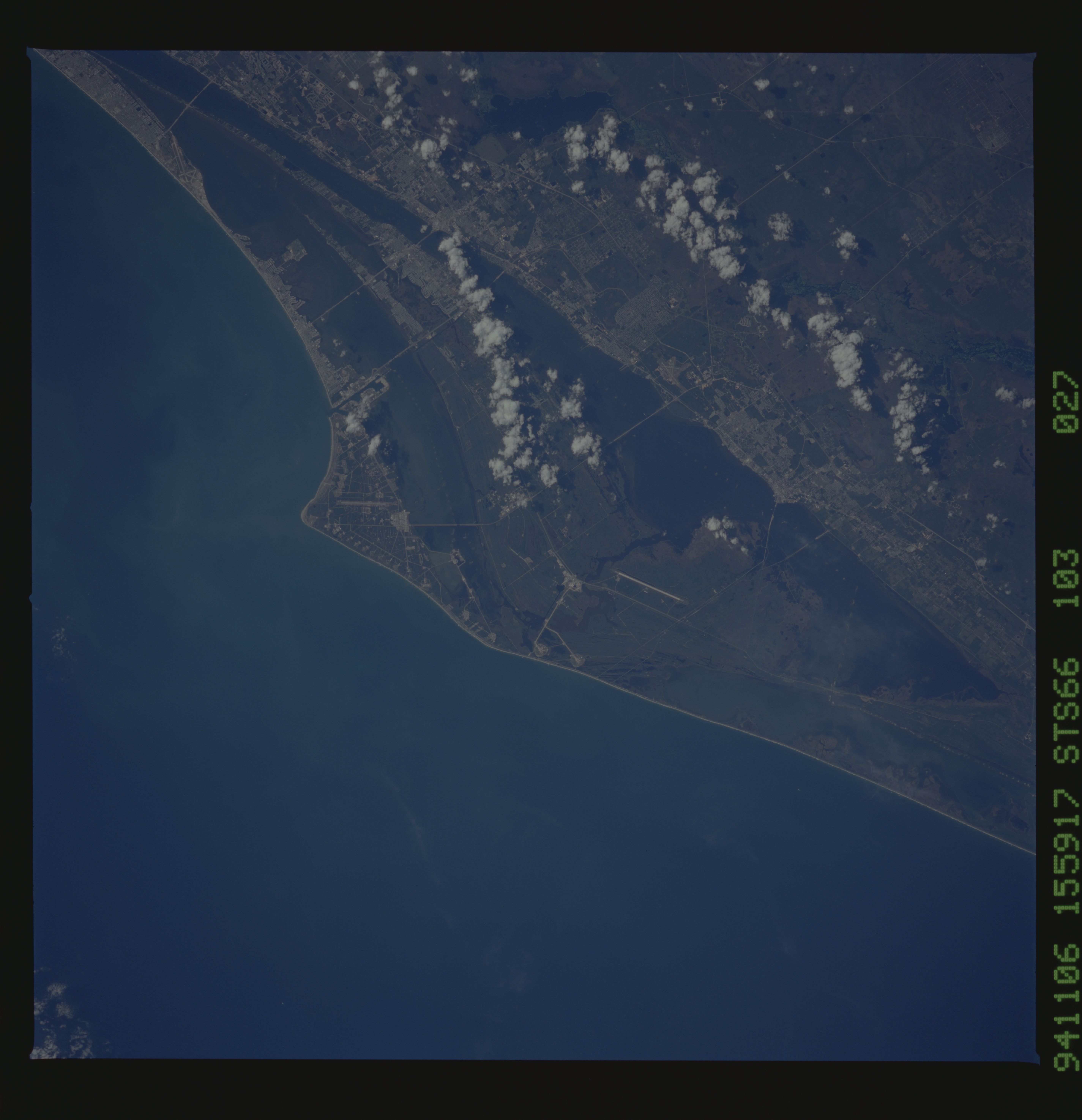 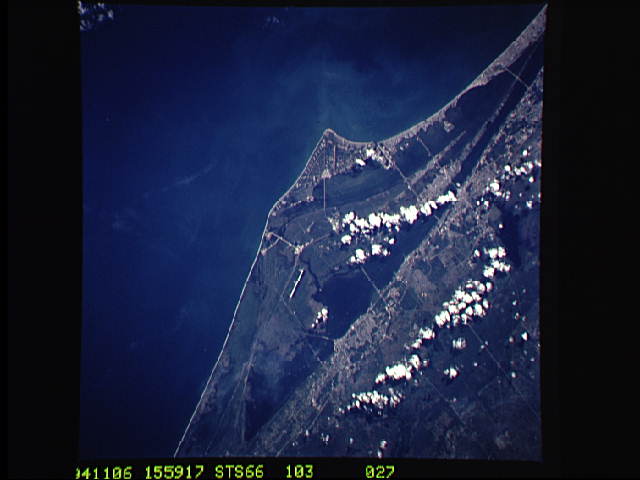 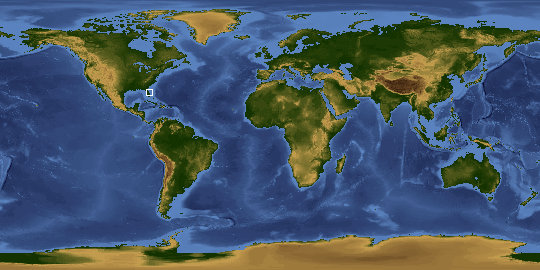 Other options available:
Download Packaged File
Download a Google Earth KML for this Image
View photo footprint information
Image Caption: This nadir photograph of the Cape Canaveral area on Florida's eastern coast was taken by the STS-66 crew in November, 1994. The Space Shuttle Vehicle Assembly area and the runways used by the returning Shuttles can be seen near the center of this photograph as part of the John F. Kennedy Space Center (KSC). Launch Pads A and B as well as many other launch pads and a runway can be seen on Cape Canaveral. Cape Canaveral is located to the east of KSC. South of the launch area is Port Canaveral and Cocoa Beach on the Atlantic coast with the towns of Cocoa, Merrit Island and Titusville situated along the Intercoastal Waterway.