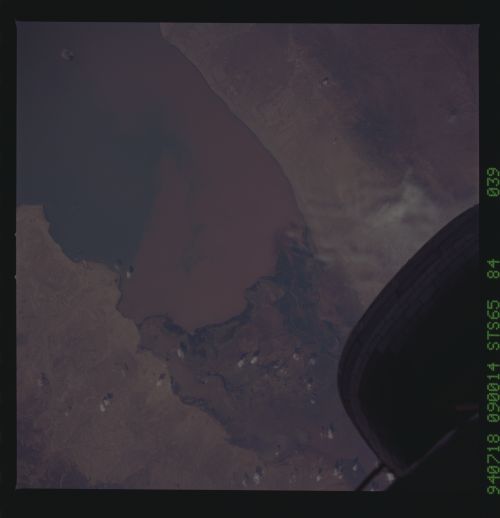 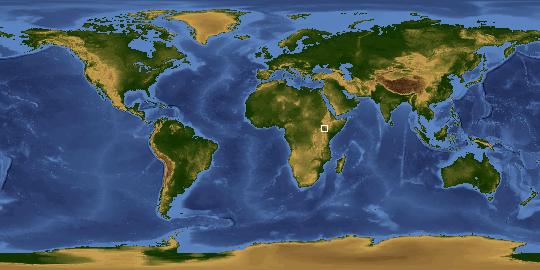 Other options available:
Download Packaged File
Download a Google Earth KML for this Image
View photo footprint information
Image Caption: STS-65 Earth observation taken aboard Columbia, Orbiter Vehicle (OV) 102, is of Omo River Delta and Lake Turkana in Ethiopia / Kenya. The Omo Delta at the north end of Lake Turkana (Rudolph) is one of the long-term environmental study sites of the Space Shuttle program. The environmental interest in this instance is the documentation of the delta's extension into the lake. This delta extension, or aggradation, is felt to be the result of large-scale soil erosion in the recently deforested areas of Ethiopia in the watershed of the Omo River. Using digitized, rectified, machine-classified, and mensurated NASA photography, it has been determined that the Omo Delta has increased in area by approximately 400% to about 1,800 square kilometers since it was first photographed during the Gemini program in 1965. This photograph documents the long-term and increasing turbidity of Lake Turkana and the continuing delta extension southward by both the northwest and northeast distributaries of the Om