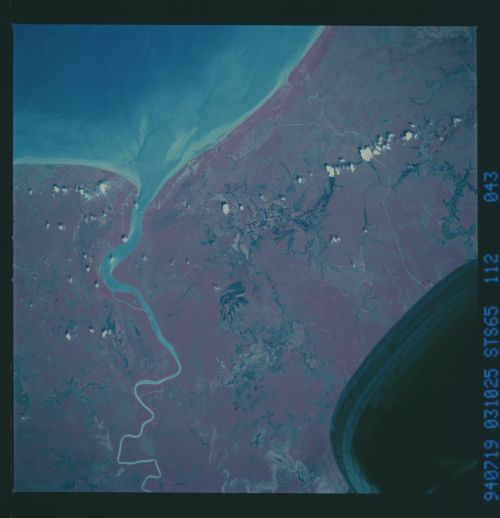 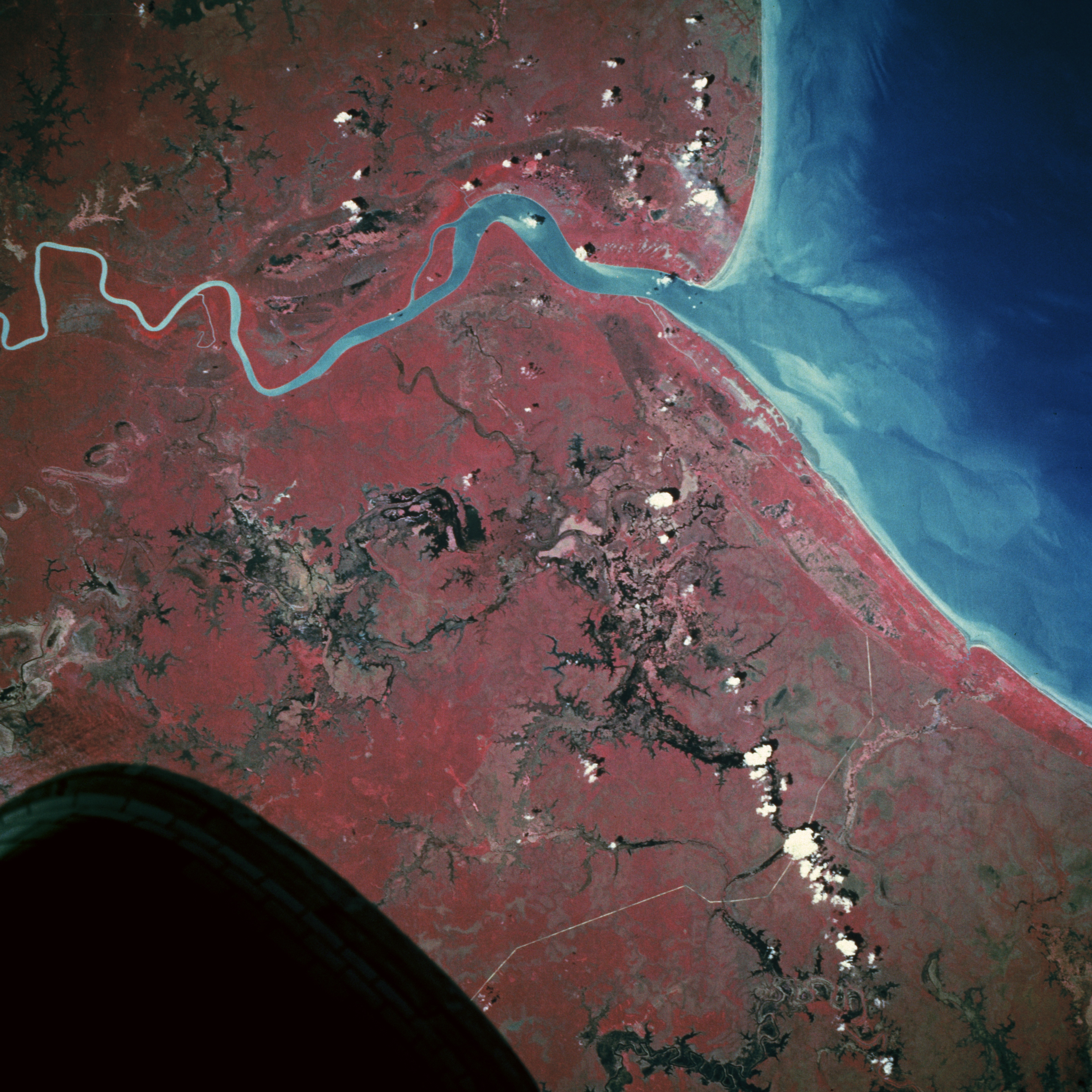 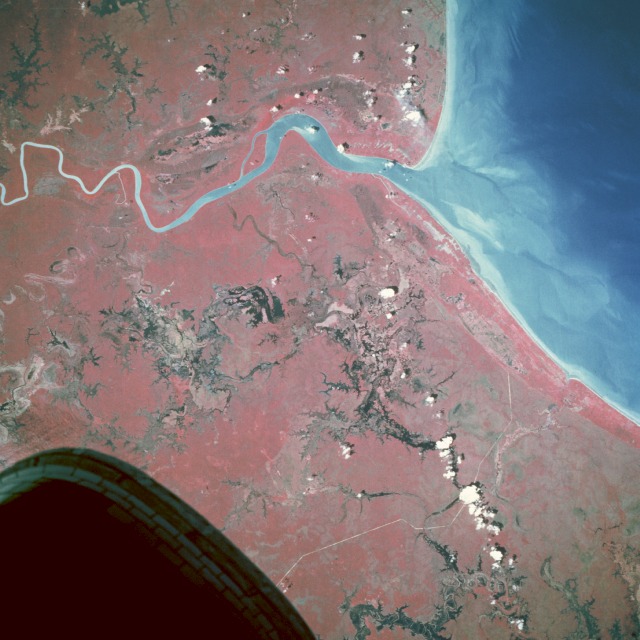 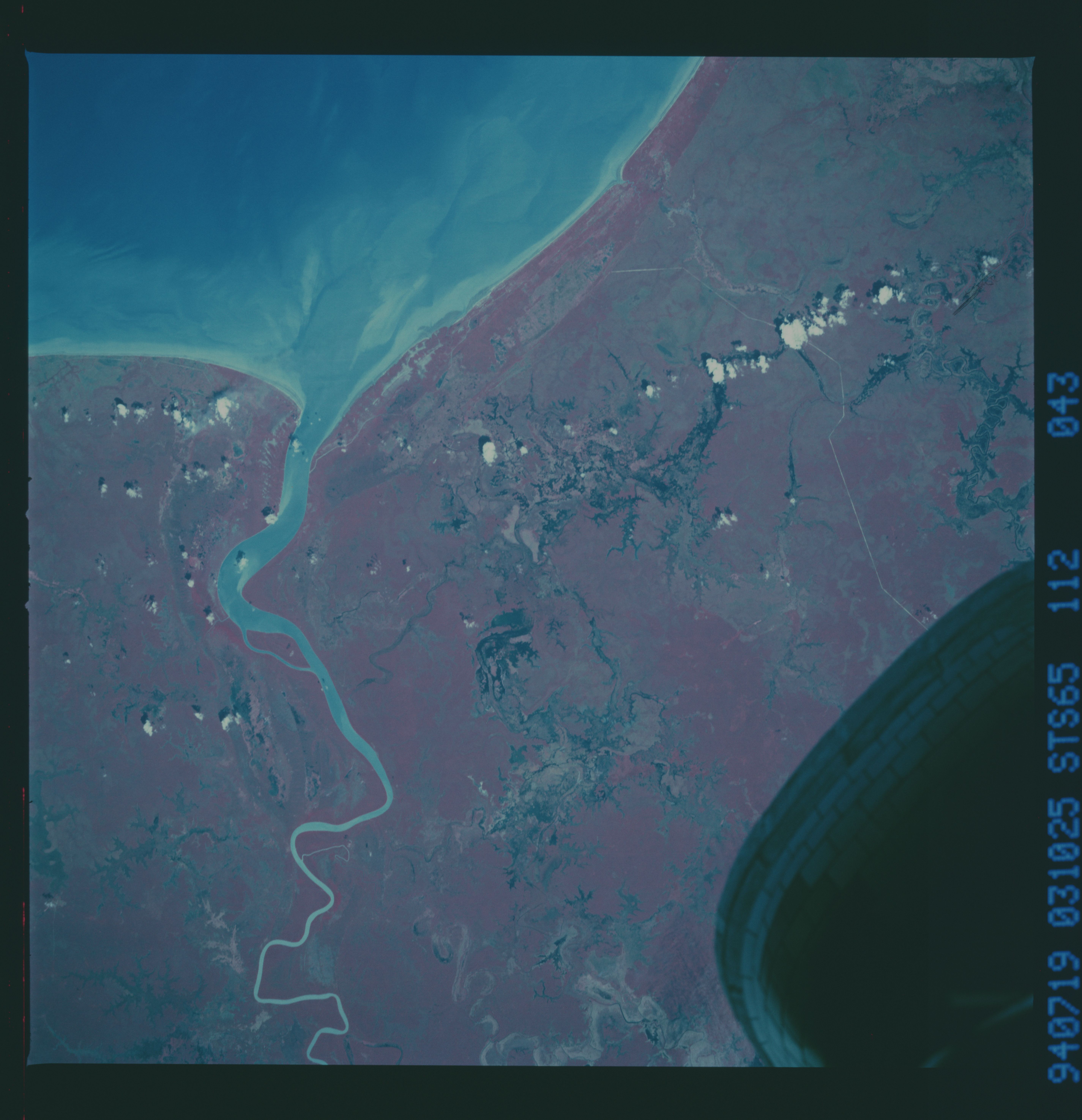 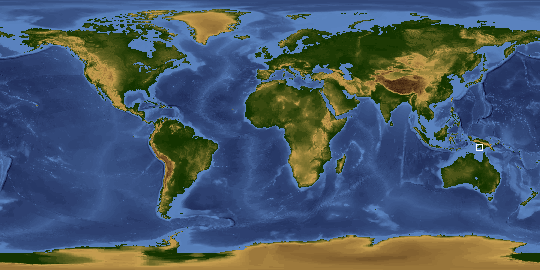 Other options available:
Download Packaged File
Download a Google Earth KML for this Image
View photo footprint information
Download a GeoTIFF for this photo
Image Caption: STS065-112-043 Southern Coast, Irian Jaya, Indonesia July 1994
The southeastern coast of Irian Jaya, Indonesia, remains a sparsely inhabited landscape consisting of dense, impenetrable forests; extensive wetlands; and swamps. This near-vertical photograph of the coastline and the mouth of the Bian River indicates a wetland environment only slightly impacted by humans. The reds, representing tropical vegetation, and the blacks, representing swamps and open water features, graphically capture the pristine conditions of this area. The major indication of human impact on this environment is the narrow, highly reflective, generally north-south line near the western edge of the photograph that could be a new road into the interior or a jungle pipeline right-of-way. A few features adjacent to the coastline appear to be roads or clearings where small settlements exist.