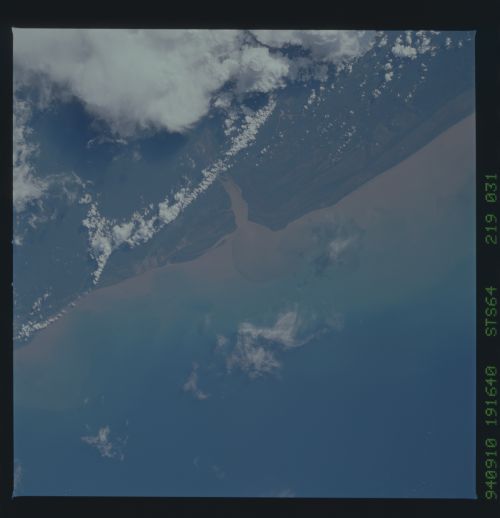 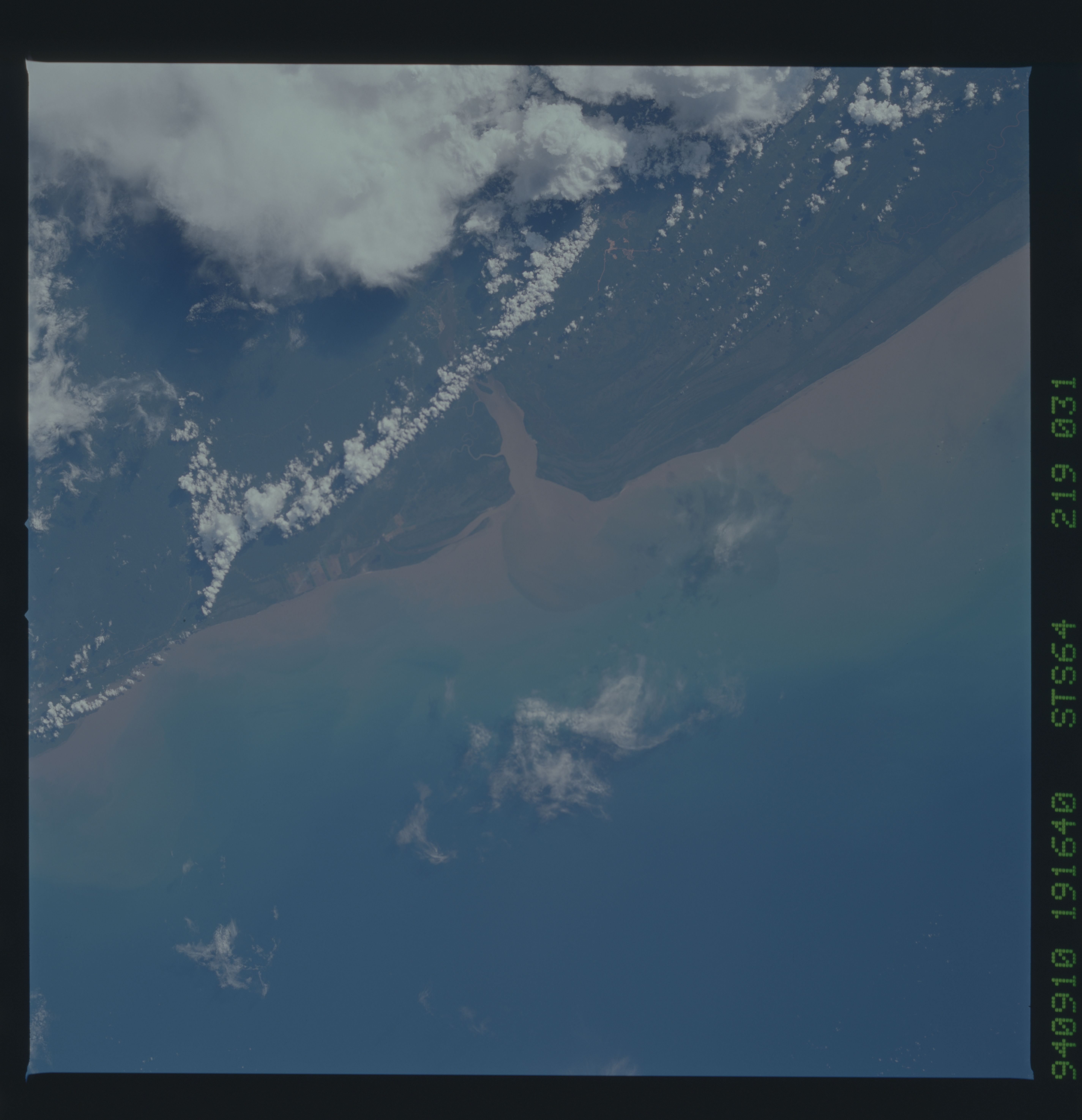 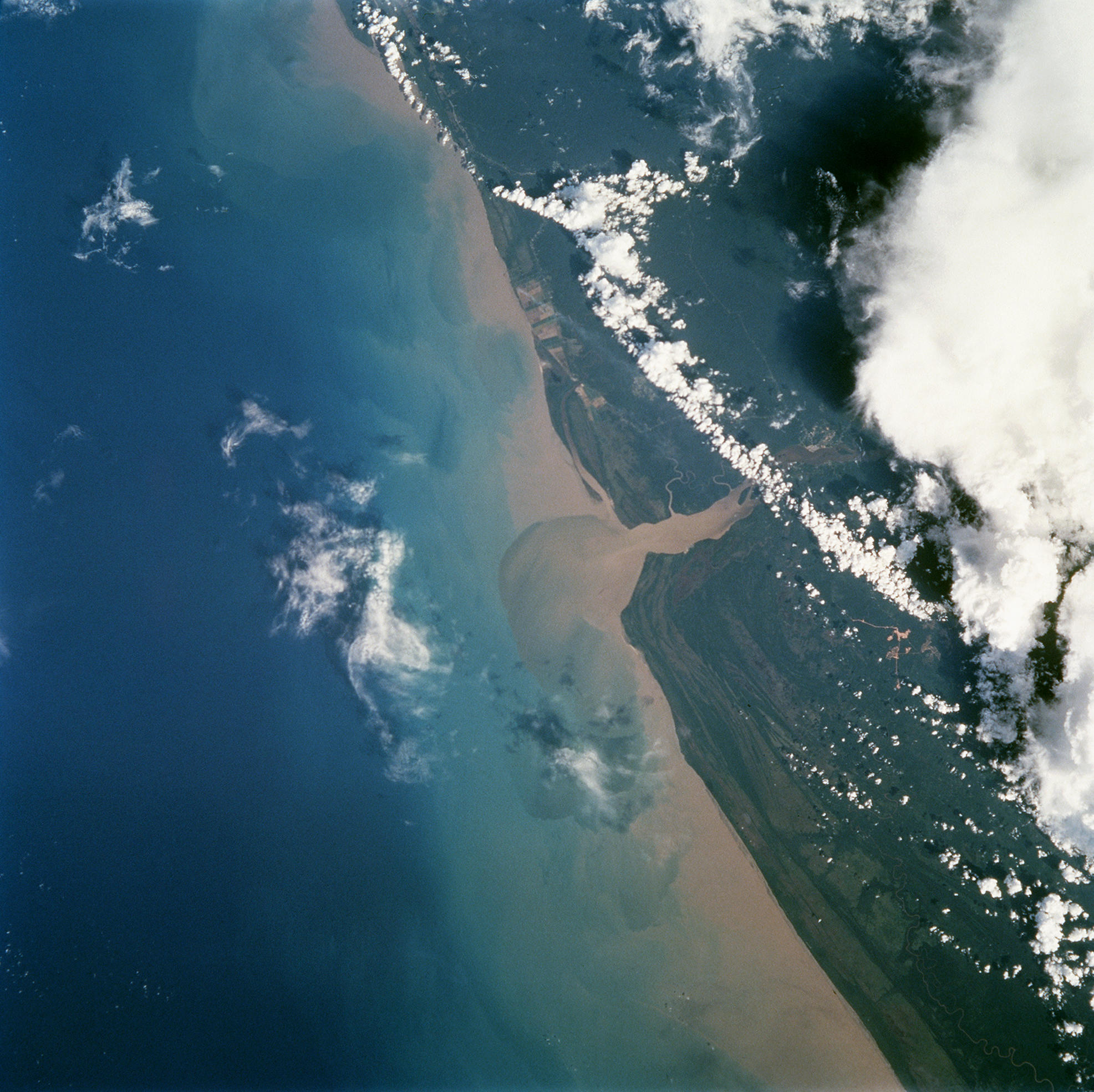 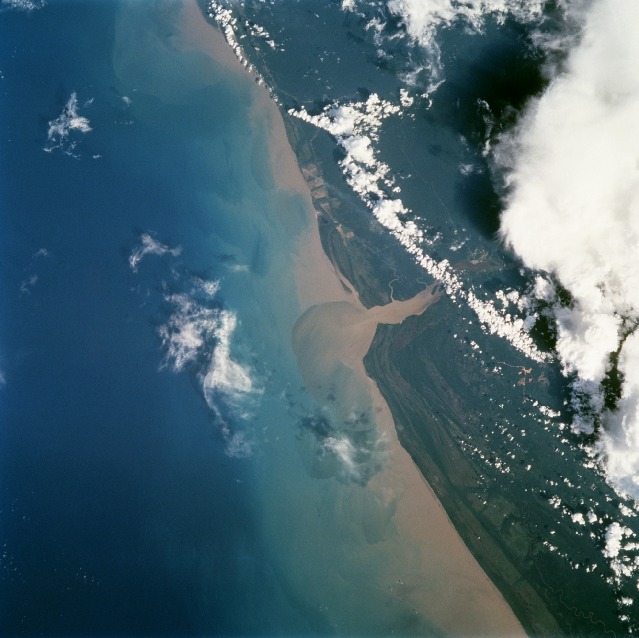 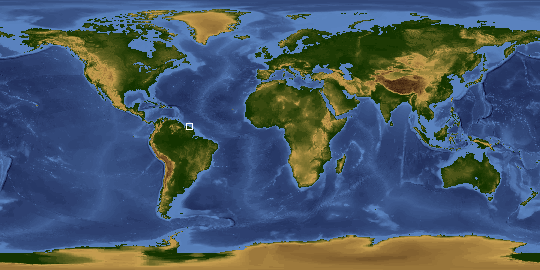 Other options available:
Download Packaged File
Download a Google Earth KML for this Image
View photo footprint information
Image Caption: This photograph from the Space Shuttle shows the mouth of the Marowijne (also called Maroni) River which forms the border between Suriname and French Guyana. If you measure from the last bulge on the Suriname side (this is Galibi point) across the river to the opposite bank on the French Guyana side, the distance is about 3.5 km. The beaches used by sea turtles for nesting are the very narrow light-colored areas that are between the green area of land and the tan-colored area of coastal waters. Less than half of this narrow edge is likely to be suitable for sea turtle nesting, because the beaches are broken up by patches of mangroves. They are almost too narrow to be seen in this photograph unless you use a magnifying lens and view the photograph at very high detail. Close to the coast, the water is full of tan-colored sediments, so you can imagine how the sediments flowing from the river might be important for maintaining the beaches. On the French Guyana side of the coast, the square shapes represent large agricultural areas. A tiny plume of smoke from one of them indicates that vegetation is being burned as part of the farming activities.