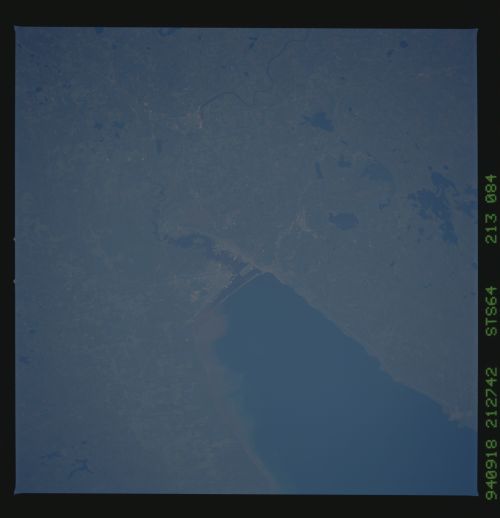 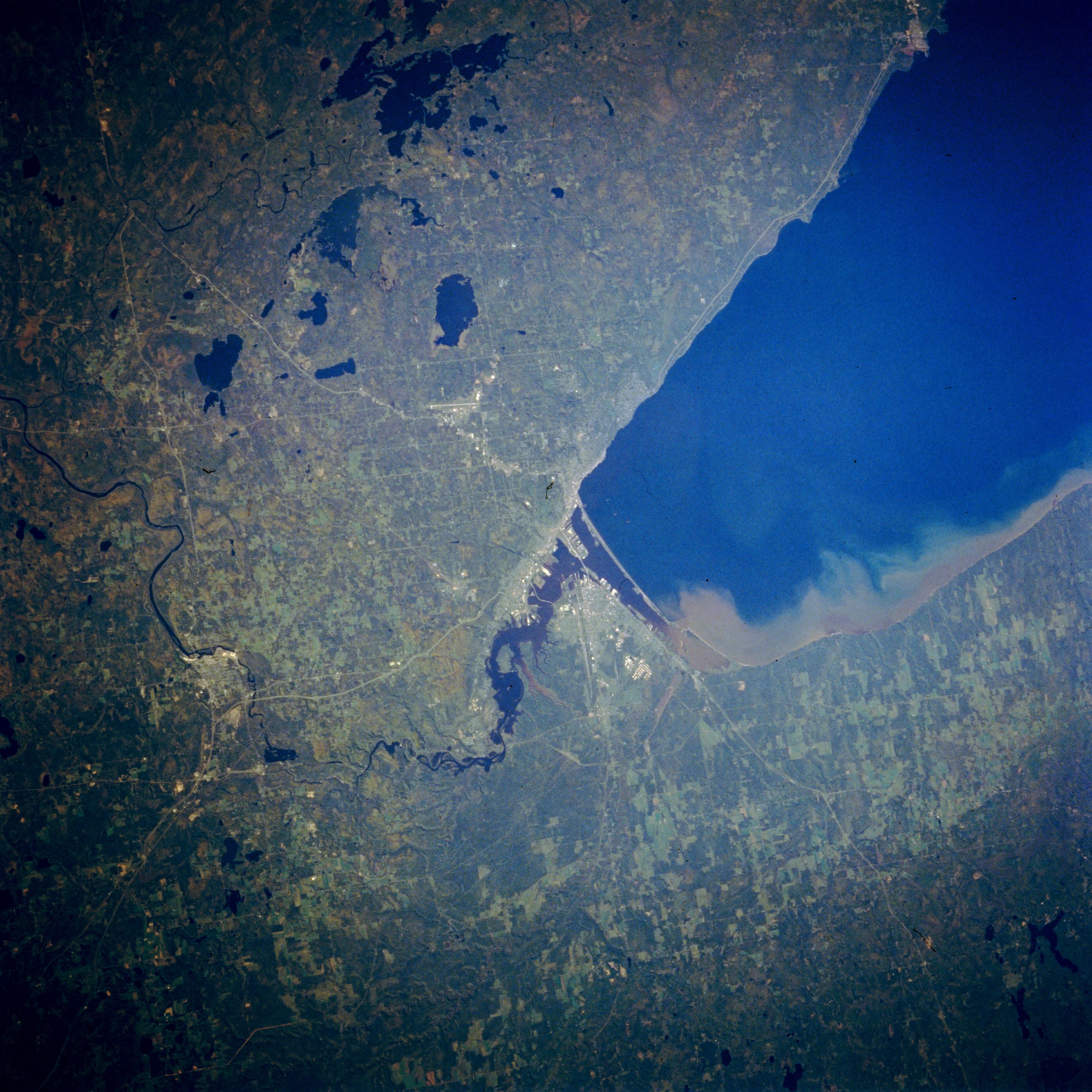 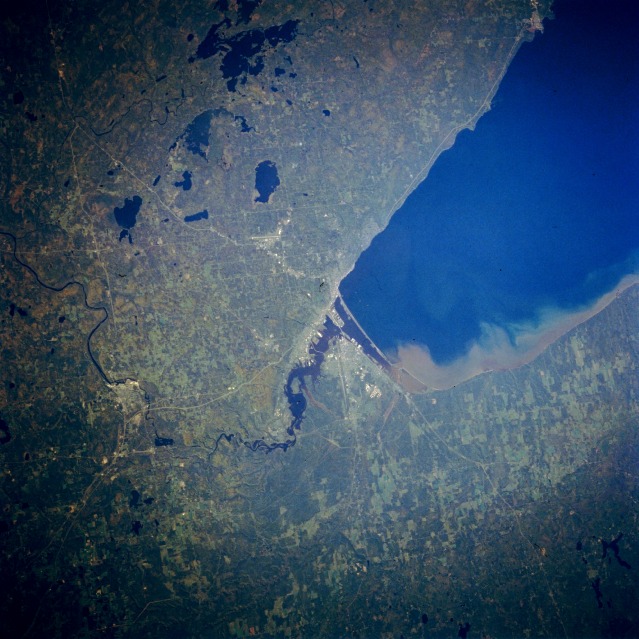 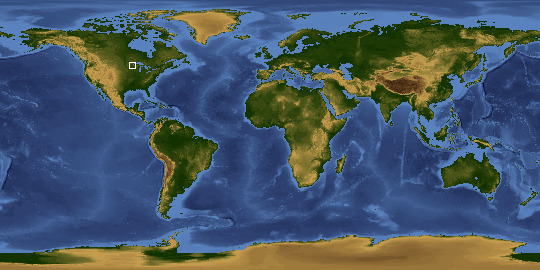 Other options available:
Download Packaged File
Download a Google Earth KML for this Image
View photo footprint information
Image Caption: STS064-213-084 Duluth/Superior Area, Minnesota September 1994
The twin cities of Duluth, Minnesota and Superior, Wisconsin (center of the image) can be seen in this northeast-looking view. The blue-colored waters of Lake Superior, one of the largest fresh water lakes in the world and the deepest of the five Great Lakes, cover the upper right quadrant of the image. Situated to the south of Duluth, Superior is located at the mouths of the St. Louis and Nemadji Rivers. The city has a superb natural harbor and shared with Duluth, has some of the United States largest coal and ore docks. Superior has shipyards, high grain elevators, oil refineries, and a large dairy products industry. Superior's sister-city of Duluth is a commercial, industrial, and cultural center for northern Minnesota and northwestern Wisconsin. The city is built largely on rock bluffs overlooking Lake Superior. Duluth is the chief ore shipping point for the United States steel mills. The city is also a leading exporter of grains. Near the top center of the image, Island Lake Reservoir is visible. To the south of Island Lake Reservoir, are the hooked-looking Fish Lake and the rather oblong-shaped Wild Rice Lake.