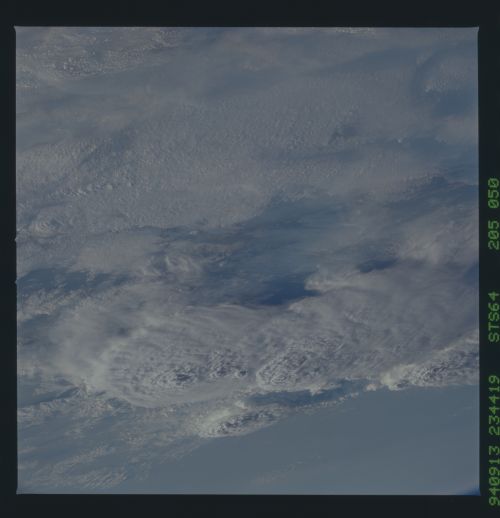 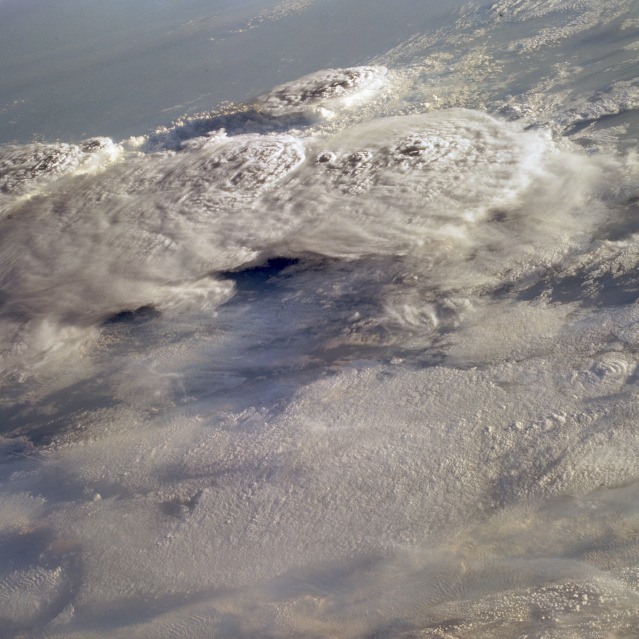 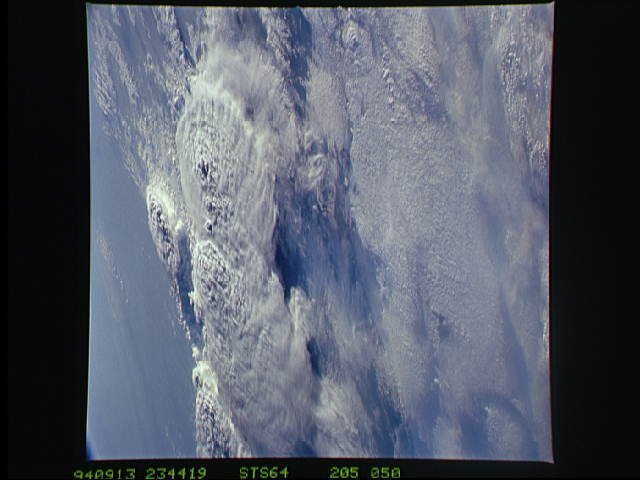 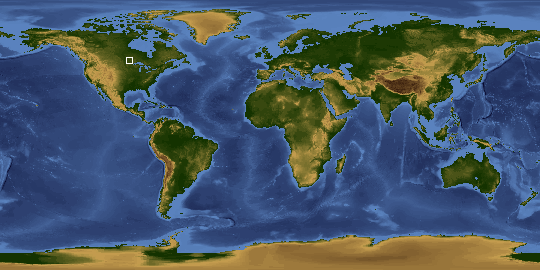 Other options available:
Download Packaged File
Download a Google Earth KML for this Image
View photo footprint information
Download a GeoTIFF for this photo
Image Caption: STS064-205-050 Supercell Thunderstorms, Canada September 1994
A cluster of large supercell thunderstorms, located near the border between Manitoba and Ontario, Canada, and Minnesota, United States can be seen in this low-oblique view. In North America, most supercell thunderstorms occur over the Great Plains of the United States and southern Canada, where moist, warm, tropical air from the Gulf of Mexico clashes with dryer, cooler, polar air from the Canadian Arctic. Such storms can produce violent downdrafts with locally strong and sometimes destructive winds. Storms of this magnitude can also produce hail and in many cases, tornadoes. A thunderstorm is an intense local storm associated with a tall, dense cumulonimbus cloud in which there are very strong updrafts of air. They occur when the atmosphere is unstable and moist warm air is abundant and becomes buoyant near the ground. The towering cumulonimbus thunderheads can rise through the stratosphere to altitudes of 12.5 miles (20 km); they penetrate the upper cirrus cloud layer in this view.