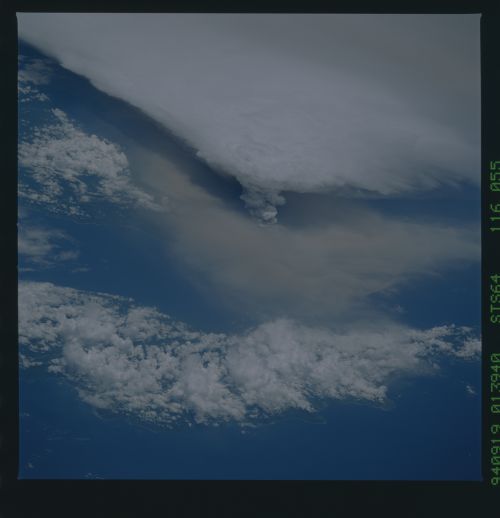 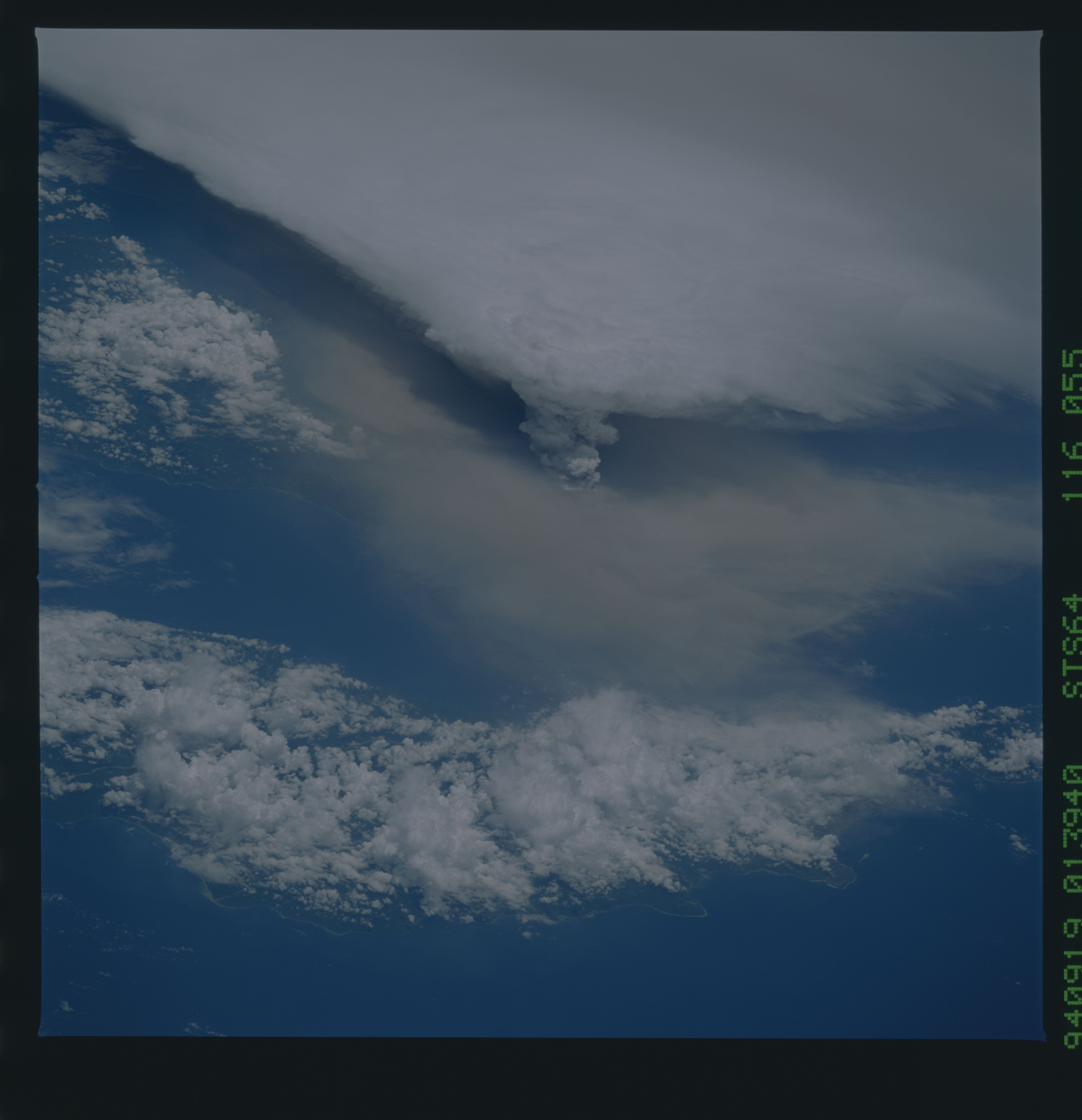 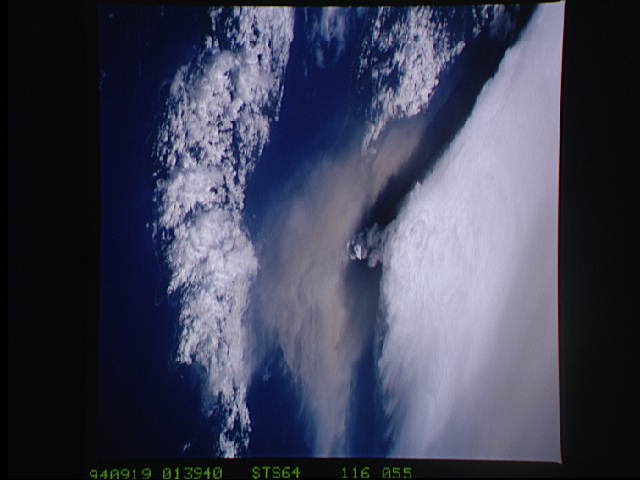 Other options available:
Download Packaged File
Download a Google Earth KML for this Image
View photo footprint information
Download a GeoTIFF for this photo
Image Caption: Near the end of it mission, the STS-64 crew aboard Space Shuttle Discovery was able to document the beginning of the second day of activity of the Rabaul volcano, on the east end of New Britain. On the morning of September 19, 1994, two volcanic cones on the opposite sides of the 6 kilomter sea crater had begun to erupt with very little warning. Discovery flew just east of the eruption roughly 24 hours after it started and near the peak of its activity. This photo shows the large white billowing eruption plume is carried in a westerly direction by the weak prevailing winds. At the base of the eruption column is a layer of yellow-brown ash being distributed by lower level winds. A sharp boundary moving outward from the center of the eruption in the lower cloud is a pulse of laterally-moving ash which results from a volcanic explosion. The cloud-covered island in the foreground is New Ireland. The bay and harbor of Rabaul are covered with a layer of ash, possibly partly infilled with vol