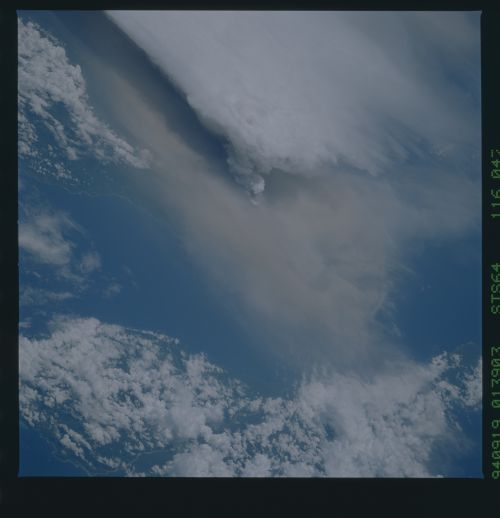 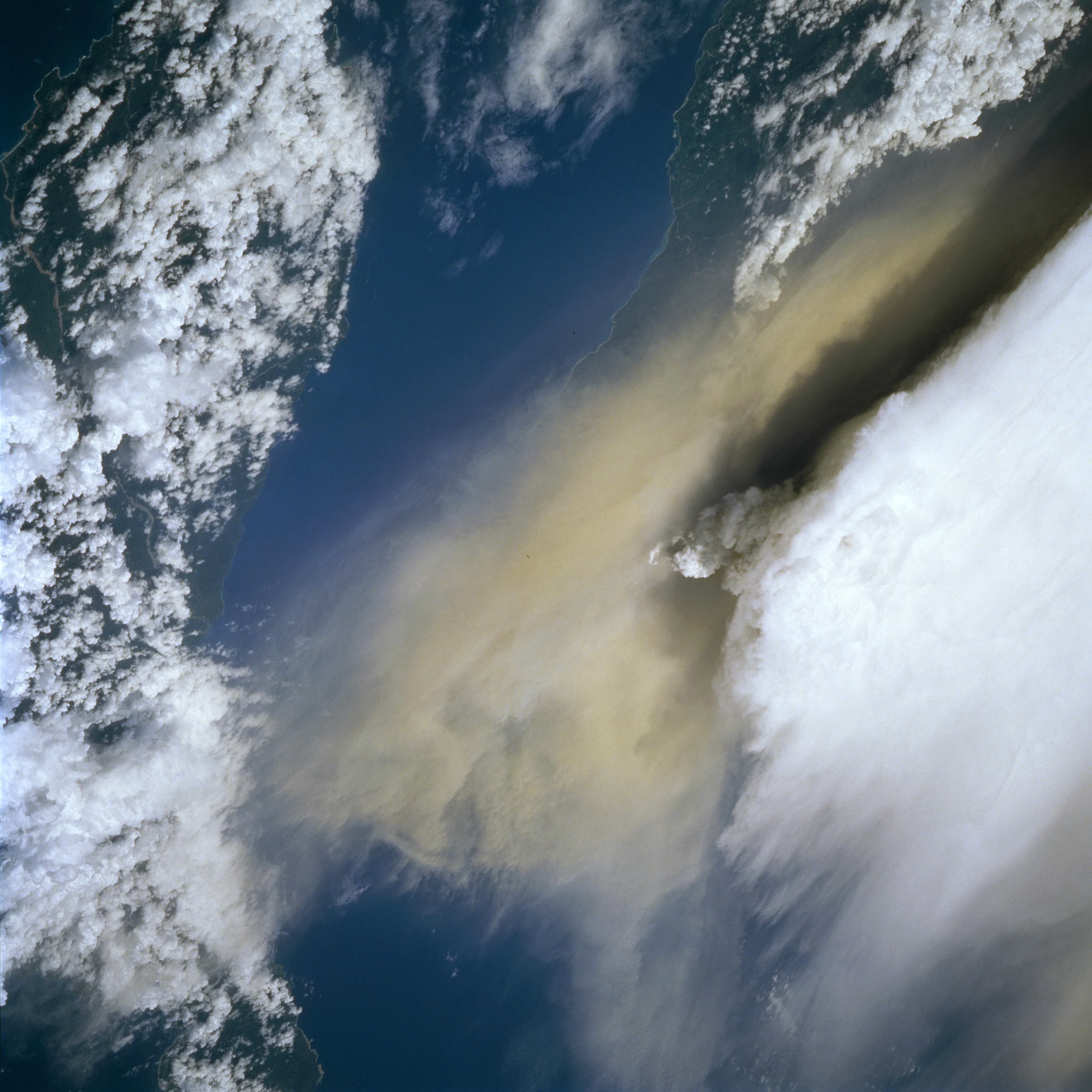 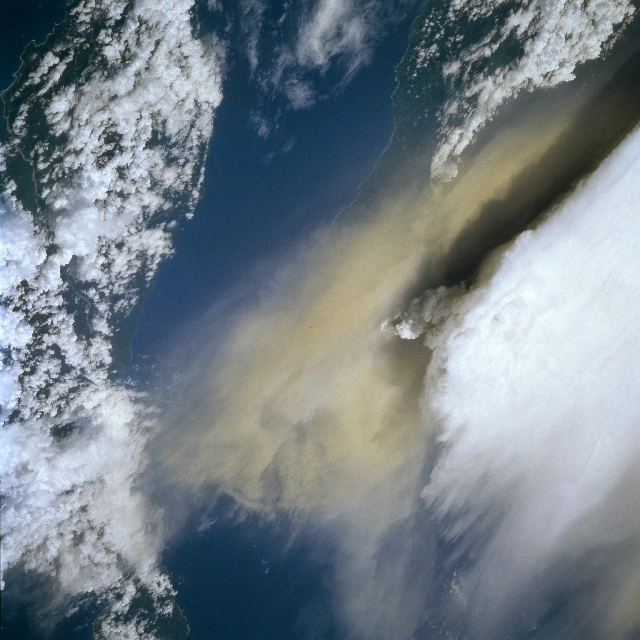 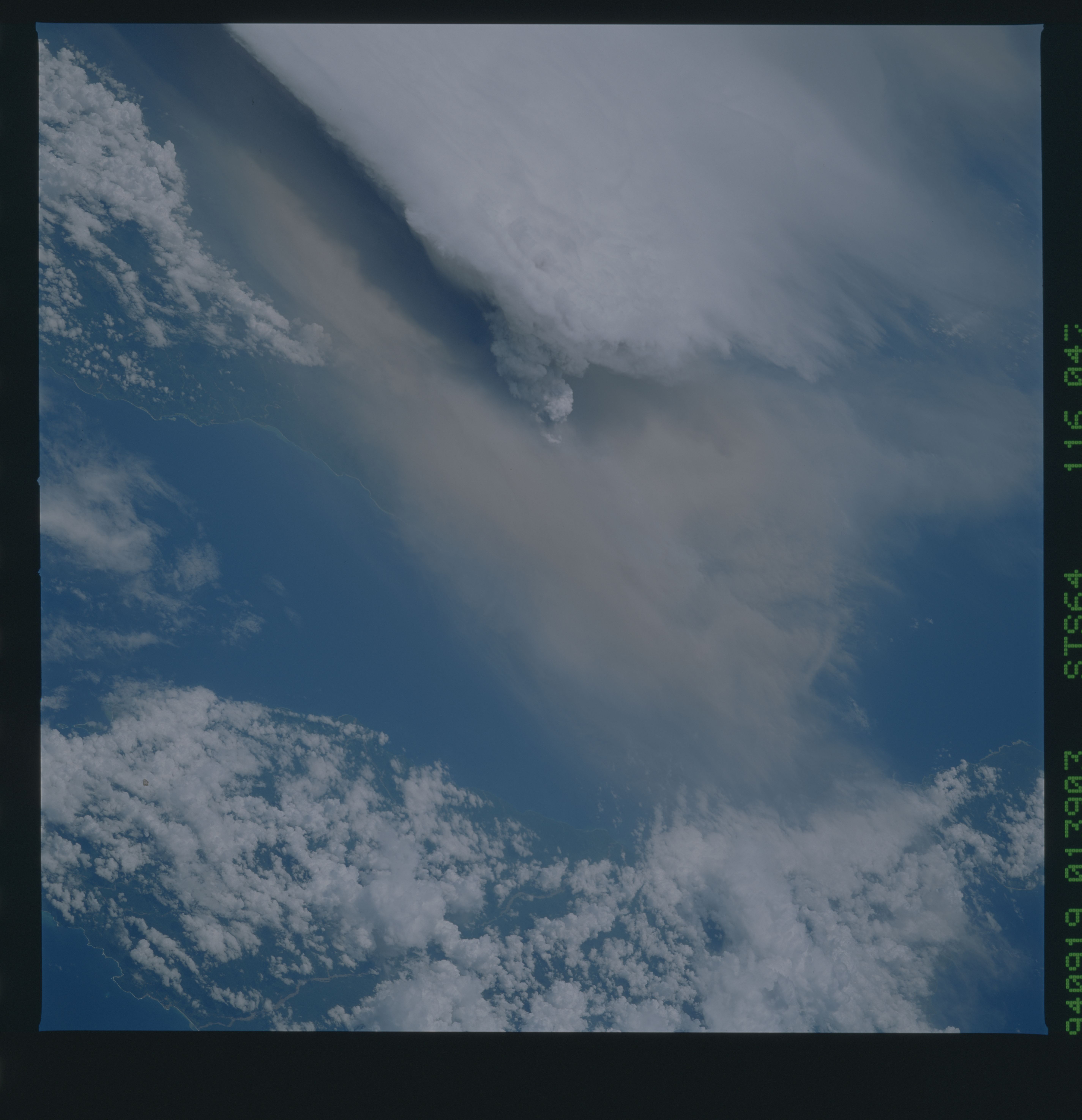 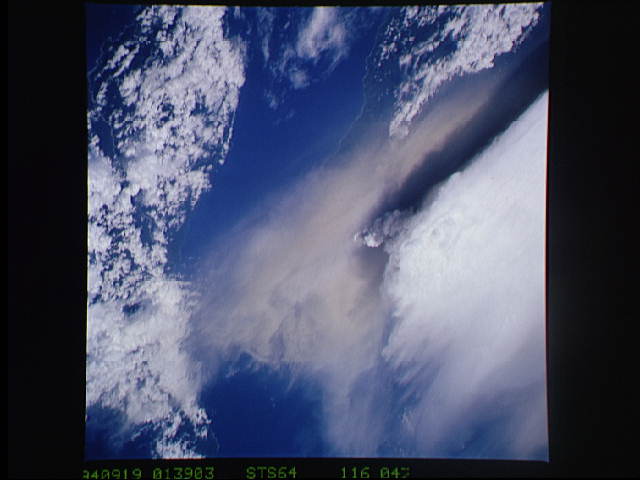 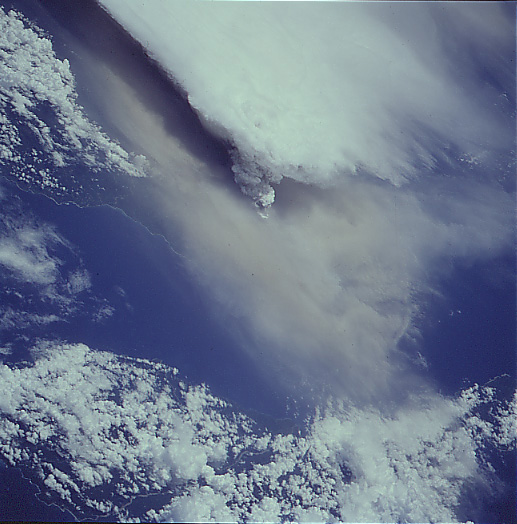 Other options available:
Download Packaged File
Download a Google Earth KML for this Image
View photo footprint information
Download a GeoTIFF for this photo
Image Caption: STS064-116-047 Rabaul Volcano Eruption, New Britain Island September 1994
The eruption of two volcanoes, Tavuruur and Vulcan in the Rabaul complex, can be seen in this west-looking view. The eruption began on September 19, 1994. Over 50000 people had been evacuated from the city of Rabaul before the explosive eruption had begun. The city had last been destroyed by a volcanic eruption in 1937 that killed over 500 people. The harbor of Rabaul is the site of an ancient volcanic crater. Rabaul Crater is 9 miles (14 km) by 12 miles (19 km) in size and is a semi-circle of small volcanoes. The two volcanoes erupting in this view are on opposite sides of the harbor. The eruption cloud from Tavuruur Volcano (white cloud) rose 11 miles (18 km) into the atmosphere. The cloud was then flattened out and blown by easterly winds aloft into a fan-shaped plume. The plume extended 373 miles (600 km) southwestward to the coast of Papau New Guinea. Vulcan Volcano erupted a layer of more dense yellowish-brown ash that was blown by lower-level winds northward over New Ireland Island (cloud-covered island covering the bottom portion of the image). Though the city of Rabaul was covered by 10 to 31 inches (25 to 80 cm) of ash, only 4 people were killed. Vulcan Volcano had ceased erupting by early October 1994. Tavuruur Volcano's major eruption had ceased by mid-October 1994, but mild eruptions have continued through today. The people of the city of Rabaul have now moved back and the harbor is presently receiving shipping.