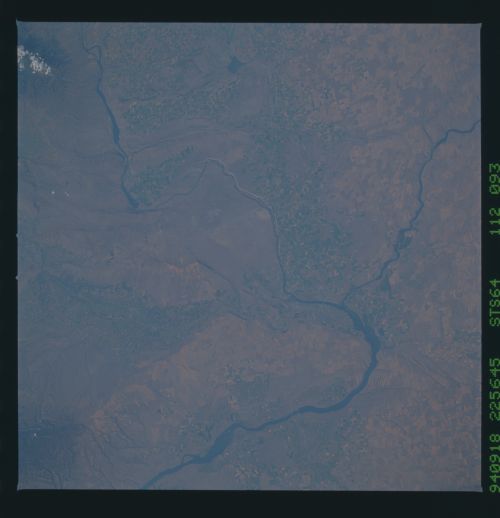 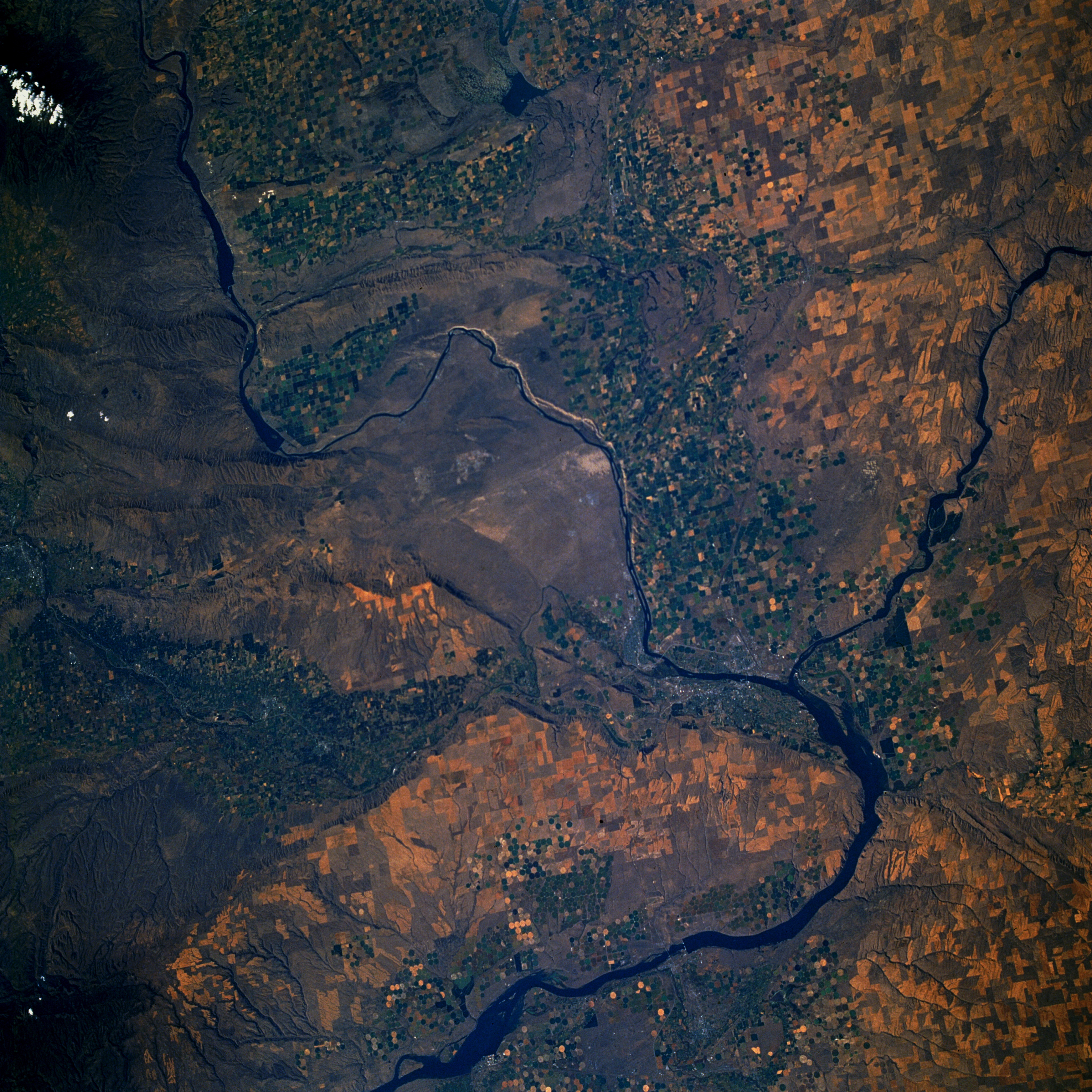 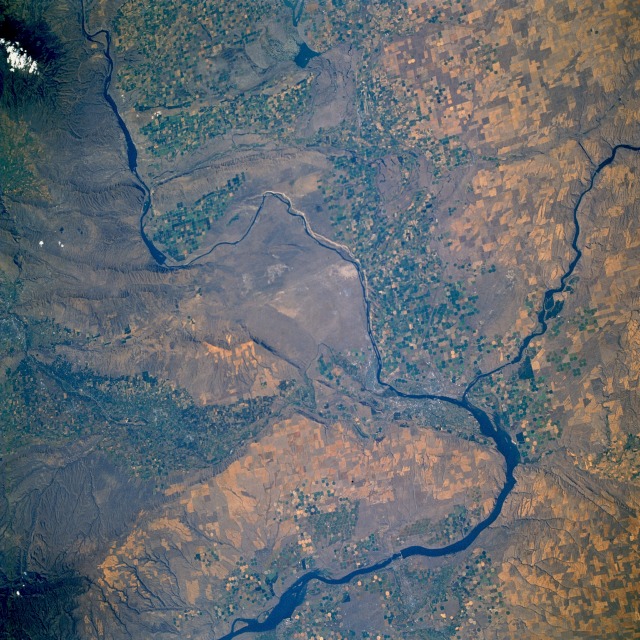 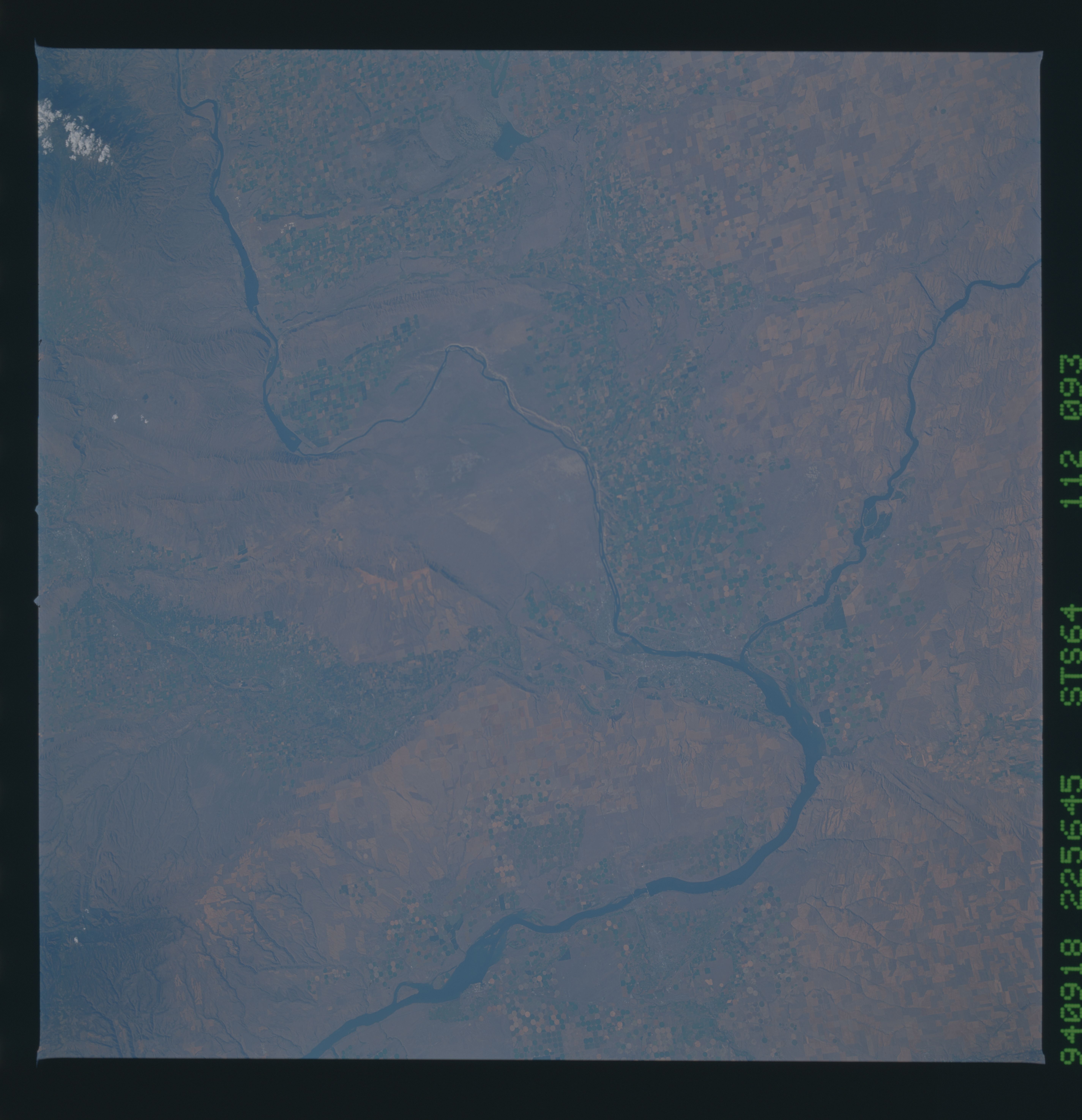 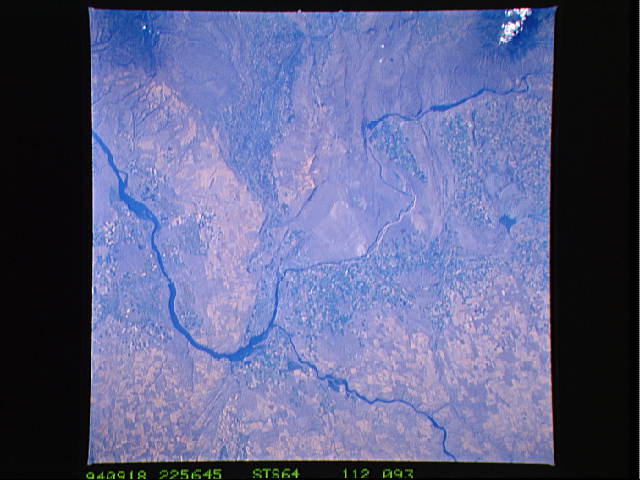 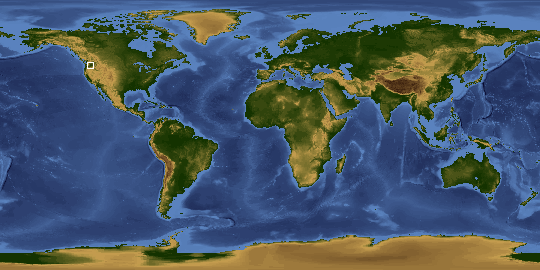 Other options available:
Download Packaged File
Download a Google Earth KML for this Image
View photo footprint information
Download a GeoTIFF for this photo
Image Caption: STS064-112-093 Columbia River and Richland, Washington, U.S.A. September 1994
The agricultural and grazing lands of the Columbia Basin in south-central Washington can be seen in this north-looking, low-oblique photograph. Underlying the 100 000 square miles (259 000 square kilometers) of the Columbia Basin are deposits of lava (mainly basalt) interbedded with sedimentary rock nearly 10 000 feet (3050 meters) thick. The dry river canyons and scablands (extensively eroded basalt surfaces) were carved by glacial meltwaters. An important agricultural and grazing area, the basin is also a major source of hydroelectric power. The Columbia River (seen entering at the northwest and exiting at the southwest corners of the photograph) rises in Columbia Lake in southeast British Columbia, Canada, enters the state of Washington, and encounters the Columbia Basin. The river alters its course to the west because of numerous lava beds, turns again to the south, where it is entrenched in a narrow valley through the central plateau region, and joins the Snake River south of Richland near Lake Wallula. Again the river turns west to form the Washington-Oregon border, flows through the gorges of the Cascade and Coast Ranges past Portland, and enters the Pacific Ocean near Astoria, Oregon. Since 1932 numerous dams and reservoirs have been built on the Columbia River to provide hydroelectric power, irrigation, flood control, and recreation. Visible in the photograph are Priest Rapids Lake on the Columbia River near the northwest edge of the photograph; Richland, built in the early 1940s to support and house employees of the Hanford Atomic Works Facility on which the city's economy is based; and Kennewick and Pasco, along with Richland, that have formed a tri-city farming and ranching community supported by the Columbia Basin Reclamation Project.