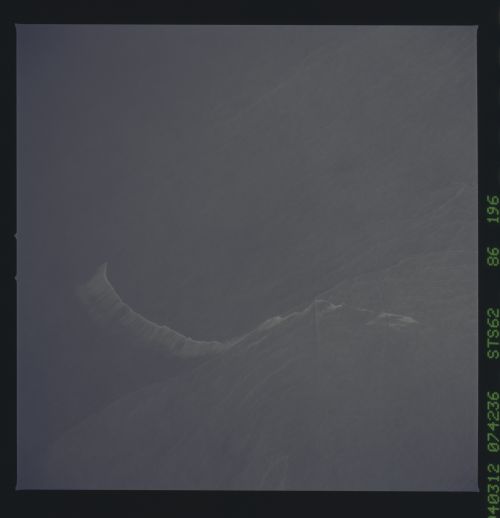 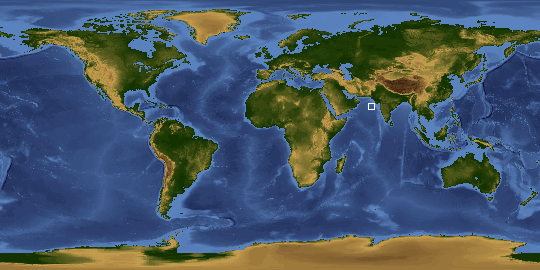 
The photo depicts many of the types of ocean features seen when illuminated by sunglint. These features include a shear line, bilge dump, currents, and ship wakes. Winds, currents and oils effect the smoothness of the surface of the water. The oils smooth the water which reflect the sun more than the rougher surrounding water. This is seen in the bright curved line which is a bilge dump of oily water from a ship. The oils then start to take the form of the currents and in this case are also being blown by the surface winds. The shear line is approximately 240 miles west of Bombay, India. This shear line appears to be a result of two water masses, moving at slightly different speeds, having converged. Ship wakes, such as those in the photo, which cross a shear line, often give us an indication of the relative strength of a shear.