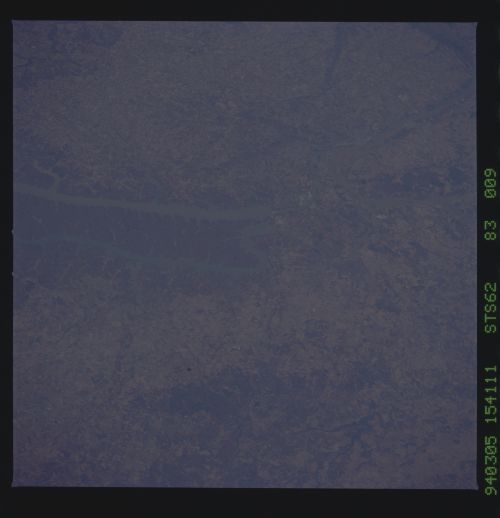 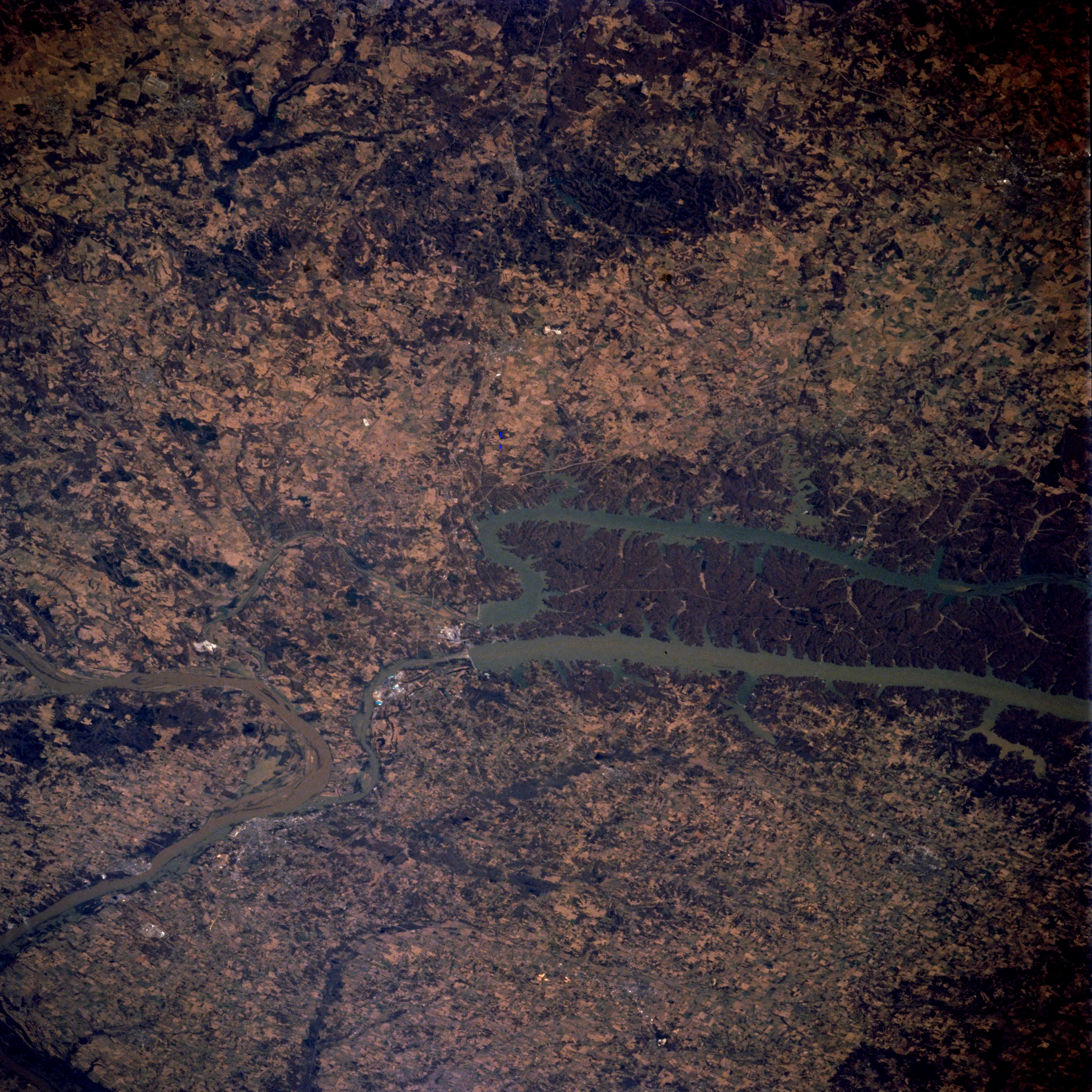 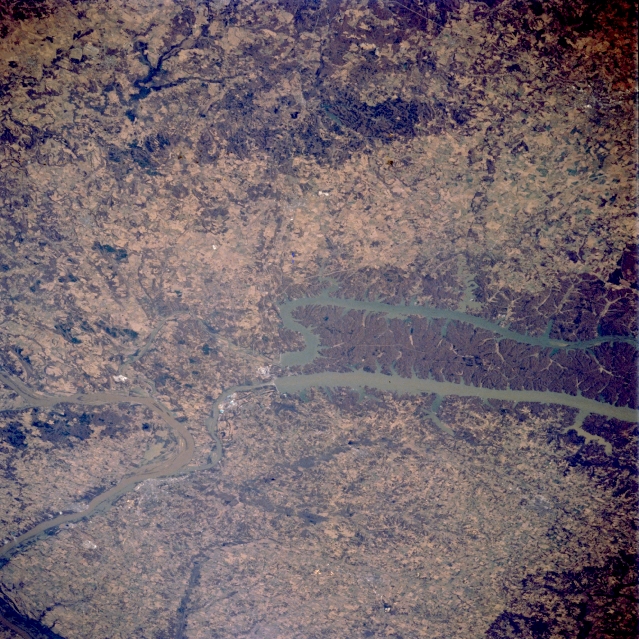 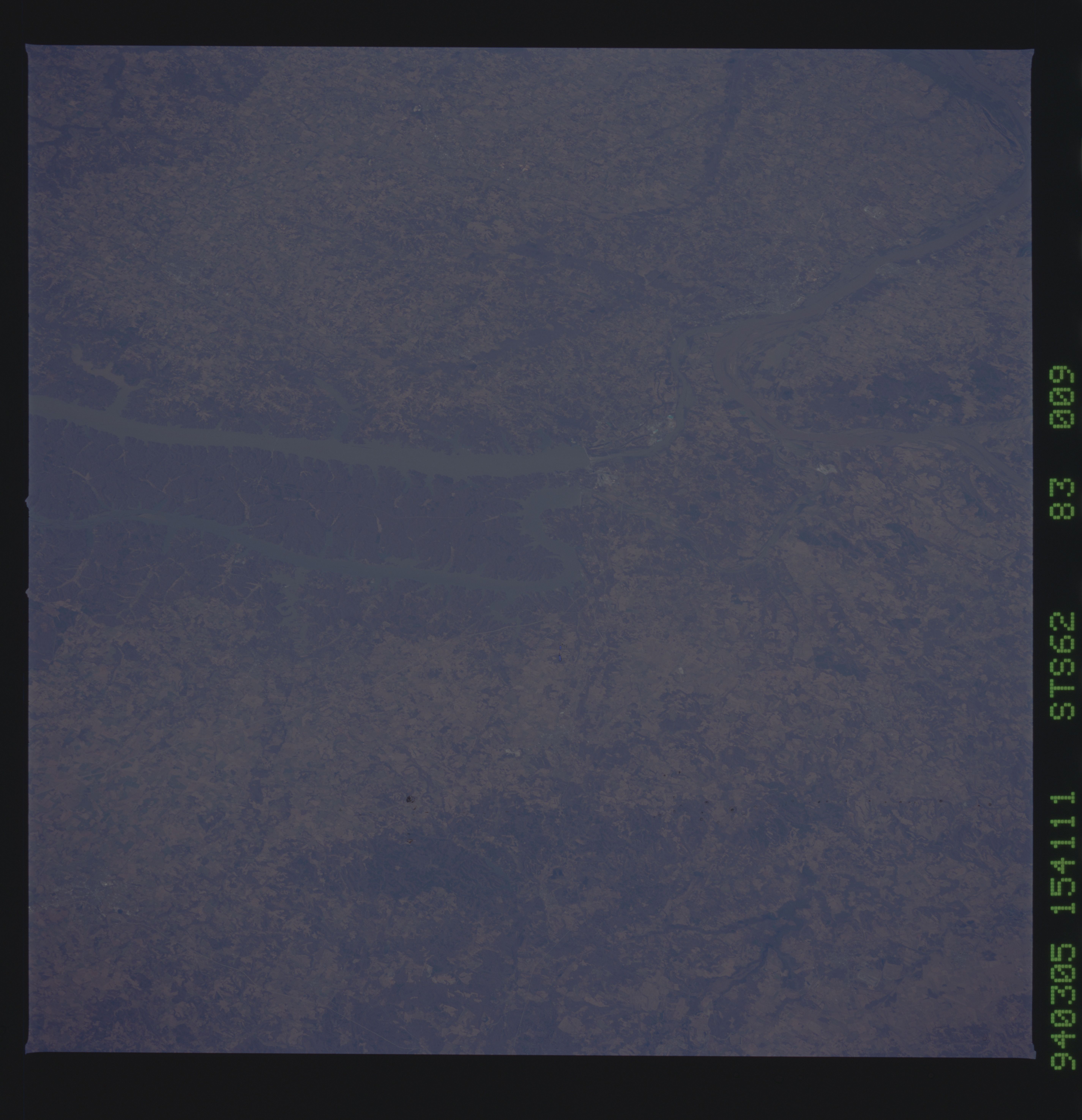 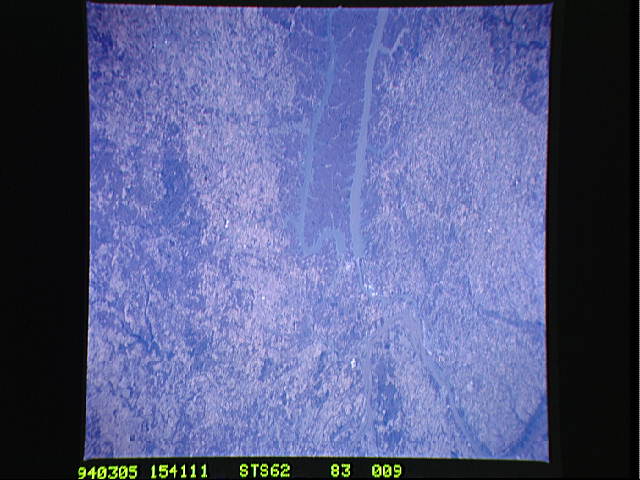 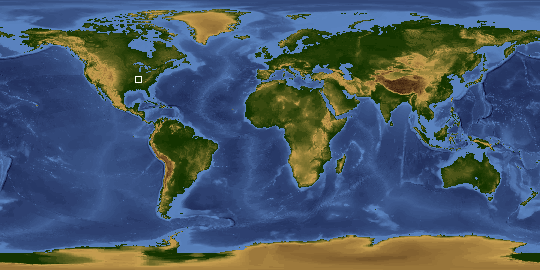 Other options available:
Download Packaged File
Download a Google Earth KML for this Image
View photo footprint information
Download a GeoTIFF for this photo
Image Caption: STS062-083-009 Kentucky Lake and Lake Barkley, Kentucky, U.S.A. March 1994
The northern ends of two long reservoirs, Kentucky Lake and Lake Barkley, are visible in this northwest-looking, low-oblique photograph of western Kentucky. Westernmost Kentucky Lake is fed by the Tennessee River; Lake Barkley is part of the Cumberland River drainage basin. Each lake has a dam and channel that allow water to flow into the Ohio River, which makes a U-turn at this location. The heavily wooded peninsula between the lakes is called locally "the land between the lakes." Both lakes are under the aegis of the Tennessee Valley Authority, which was created to provide hydroelectric power, improve navigation of the rivers, and reduce flooding on the Tennessee and Cumberland Rivers and some of their tributaries. Most of the region east of the lakes is hilly; west of the lakes the landscape becomes a plain.