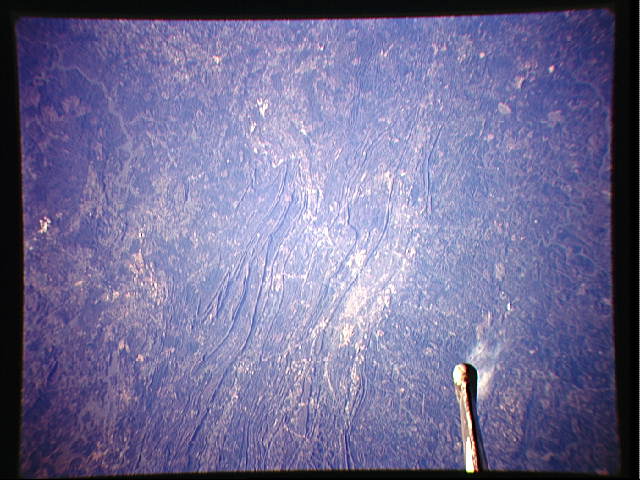 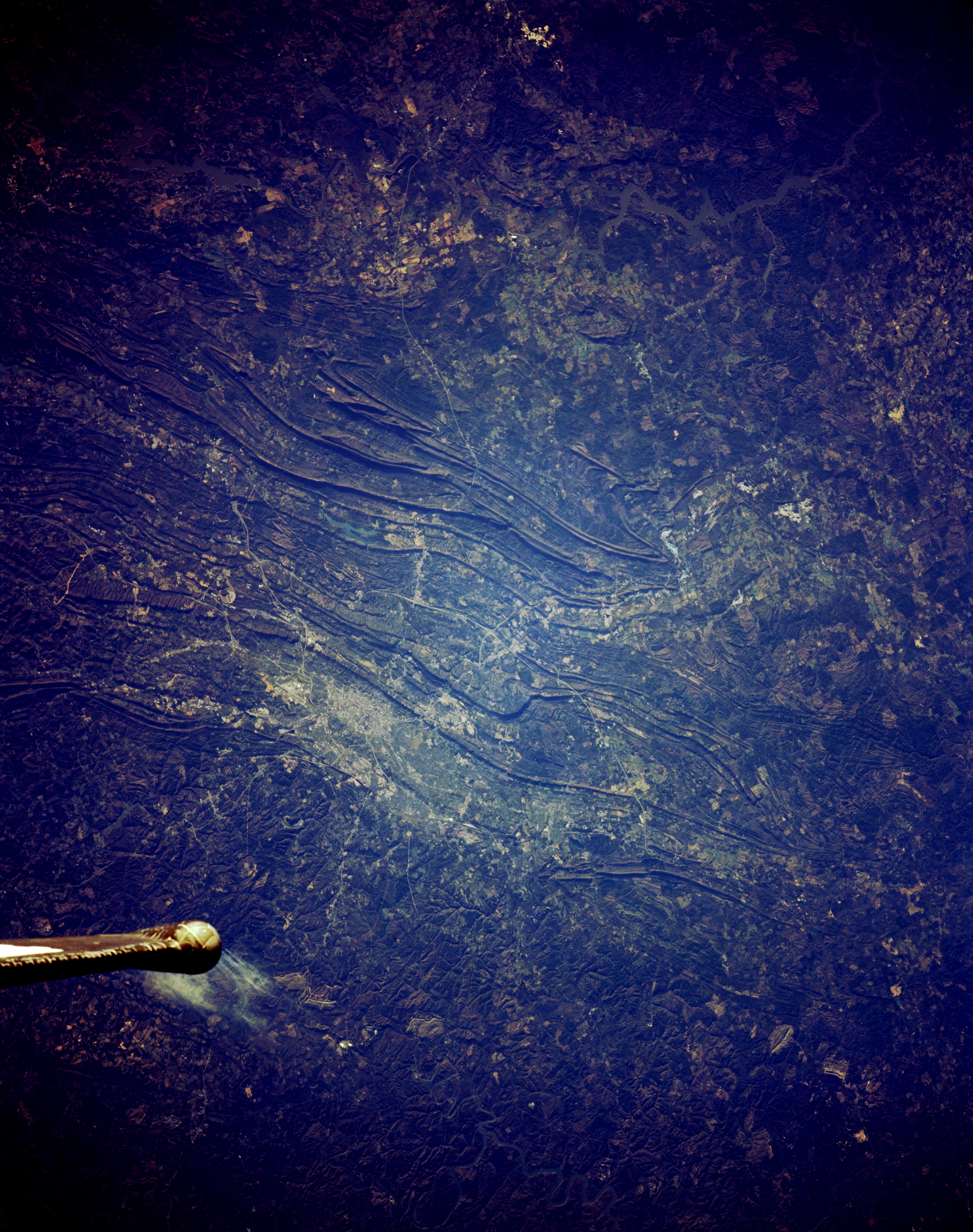 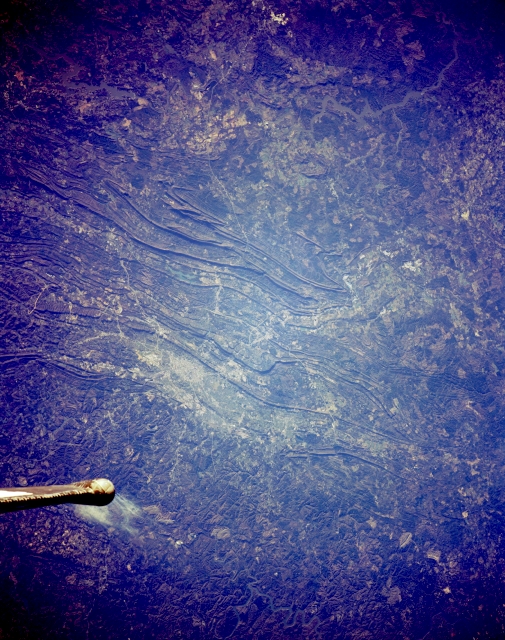 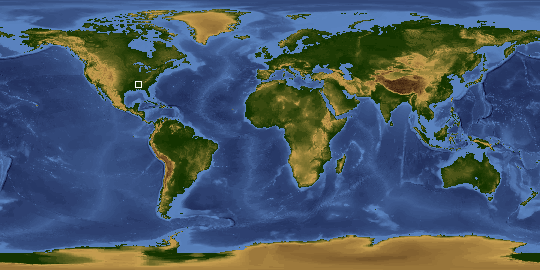 Other options available:
Download Packaged File
Download a Google Earth KML for this Image
View photo footprint information
Image Caption: STS062-153-203 Birmingham, Alabama, U.S.A. March 1994
The growth pattern of Birmingham, the "Pittsburgh of the South," is determined by the northeast-southwest alignment of low mountains in north-central Alabama. The shadowed, northwest-facing slopes of several taller ridges help accentuate the topographic relief of the photograph. The street patterns of Birmingham are not discernible; however, the general northeast-southwest development within the valley is apparent--Bessemer, a smaller, steel-producing city southwest of Birmingham, was the major source of economic development for the region during the mid-1900s. Proximity to nearby coal fields and large iron ore deposits helped to develop the region. Reflective Birmingham International Airport is barely discernible northeast of Birmingham. The tip of the Space Shuttle tail is apparent in the lower left corner of the photograph.