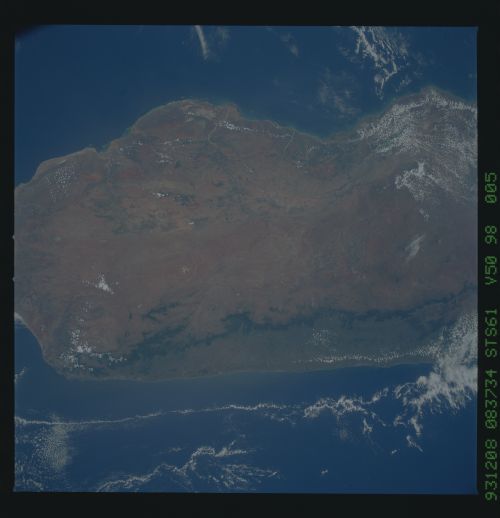 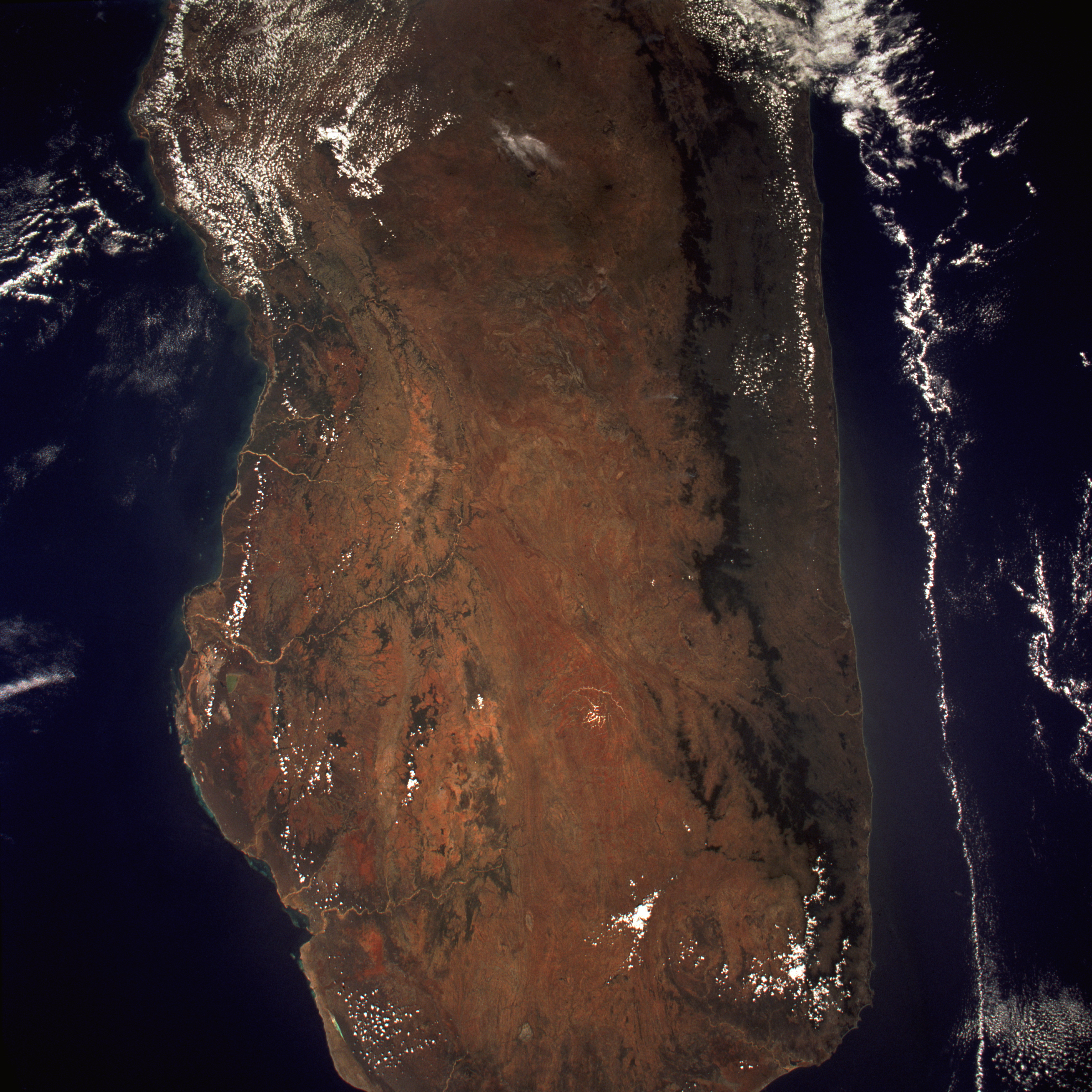 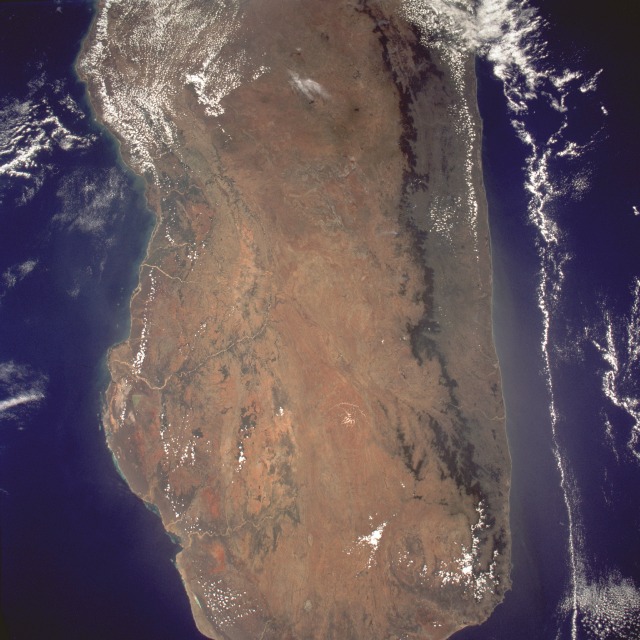 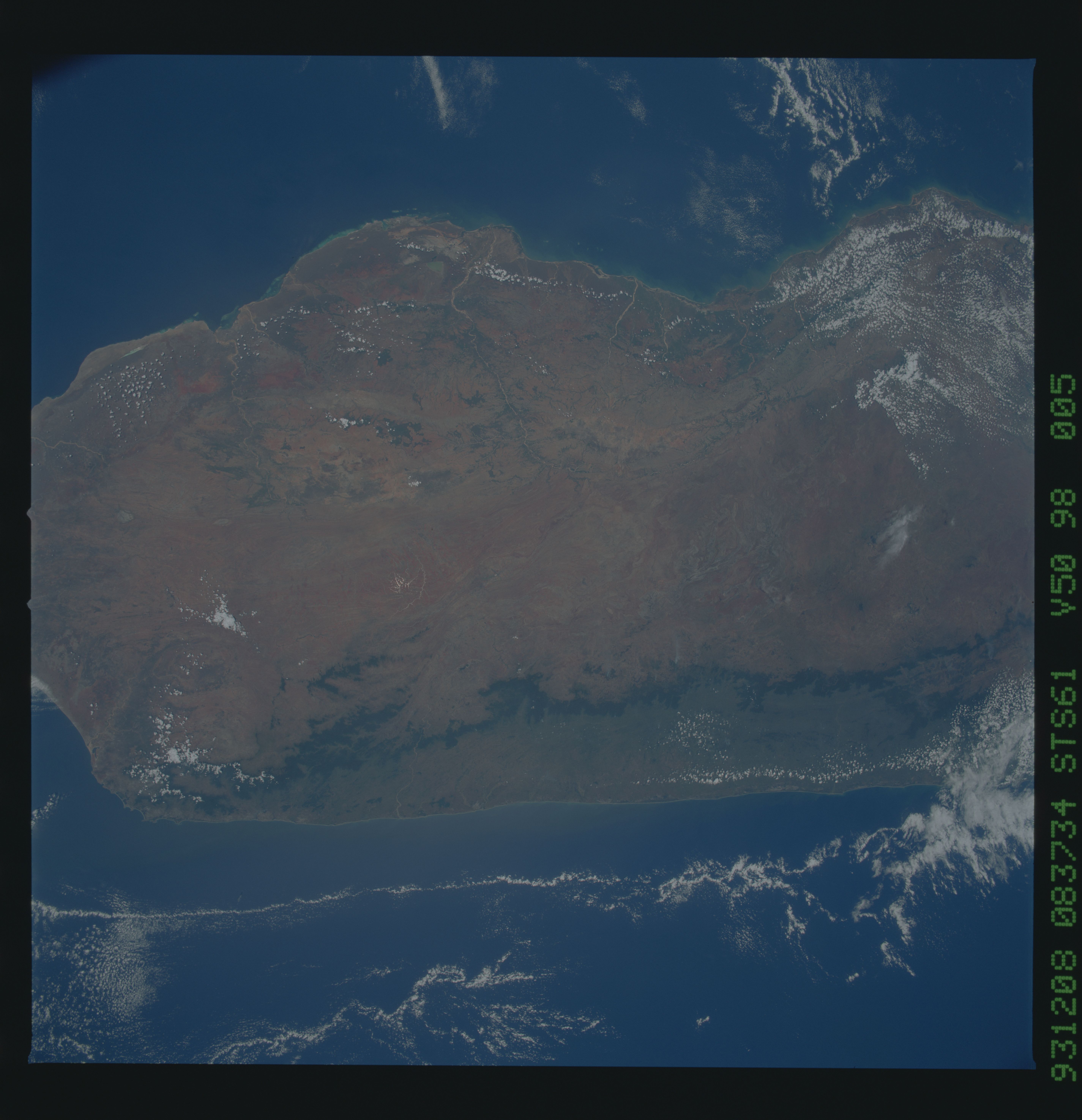 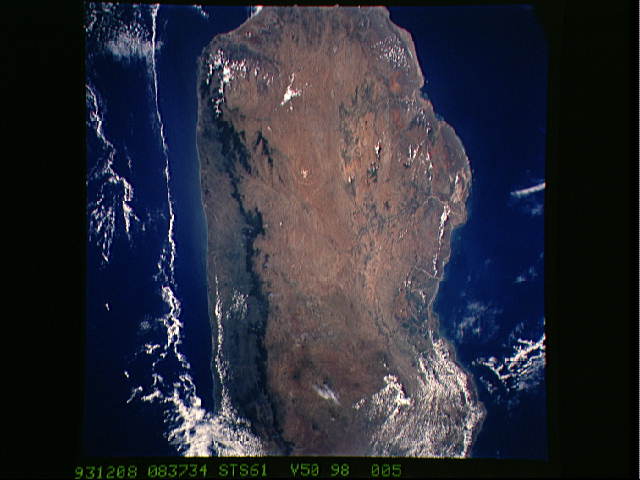 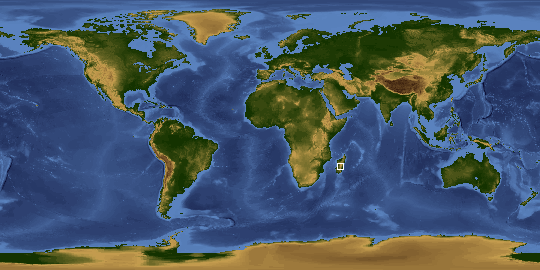 Other options available:
Download Packaged File
Download a Google Earth KML for this Image
View photo footprint information
Download a GeoTIFF for this photo
Image Caption: STS061-098-005 Southern Madagascar December 1993
Almost two-thirds of Madagascar, the world's fourth largest island, is seen in this near-vertical, almost cloud-free photograph. The island is composed of relatively narrow coastal plains on both the east and west coasts, with a much larger central plateau that extends generally north-south for the entire length of the country. The dark north-south line that parallels the east coast shows the remaining 10 percent of the original lowland and mountain rain forests that exist on Madagascar. The major cause of the dramatic decrease in forests has been the slash-and-burn agriculture practiced by small-scale farmers. The future will determine if imposed conservation strategies will be effective in reversing this destructive practice. Because the east coast lies in the path of the rain-bearing southeast trade winds that blow off the Indian Ocean, it receives an annual average rainfall of more than 70 inches (180 centimeters). A rain-shadow effect is created by the low mountains along the east coast of Madagascar, as precipitation amounts decrease appreciably to the west. The southwestern corner of the island is classified as arid to semiarid. Major soil erosion problems are common throughout most of the island, particularly along the western edge of the country where many of the westward-flowing rivers carry large quantities of sediment into the bays and estuaries.