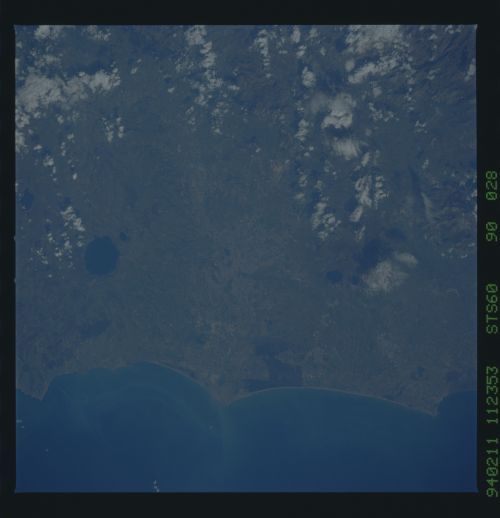 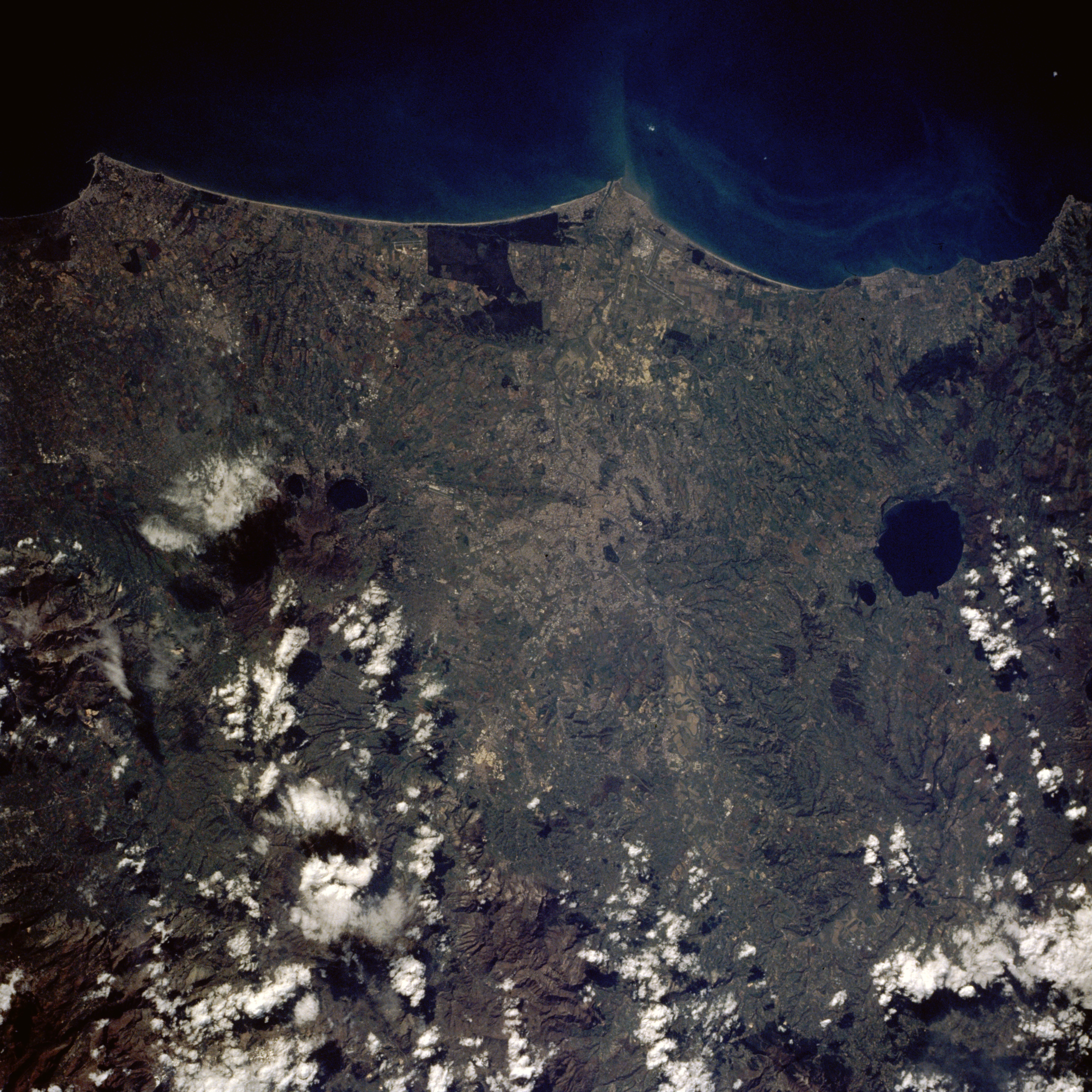 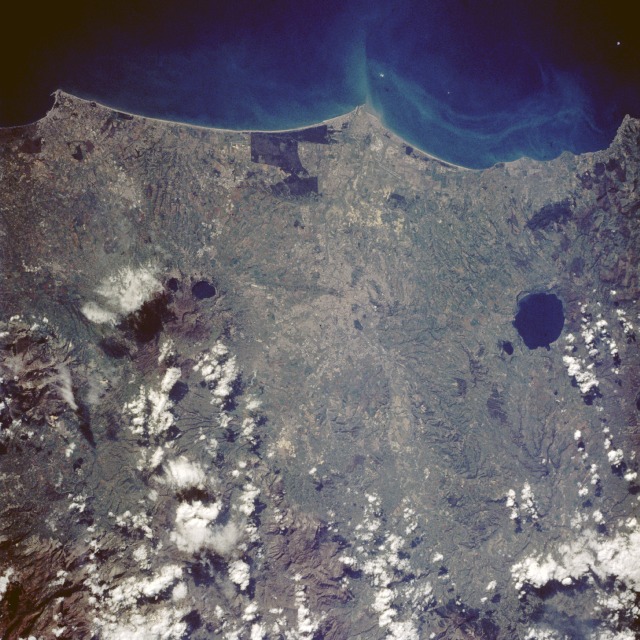 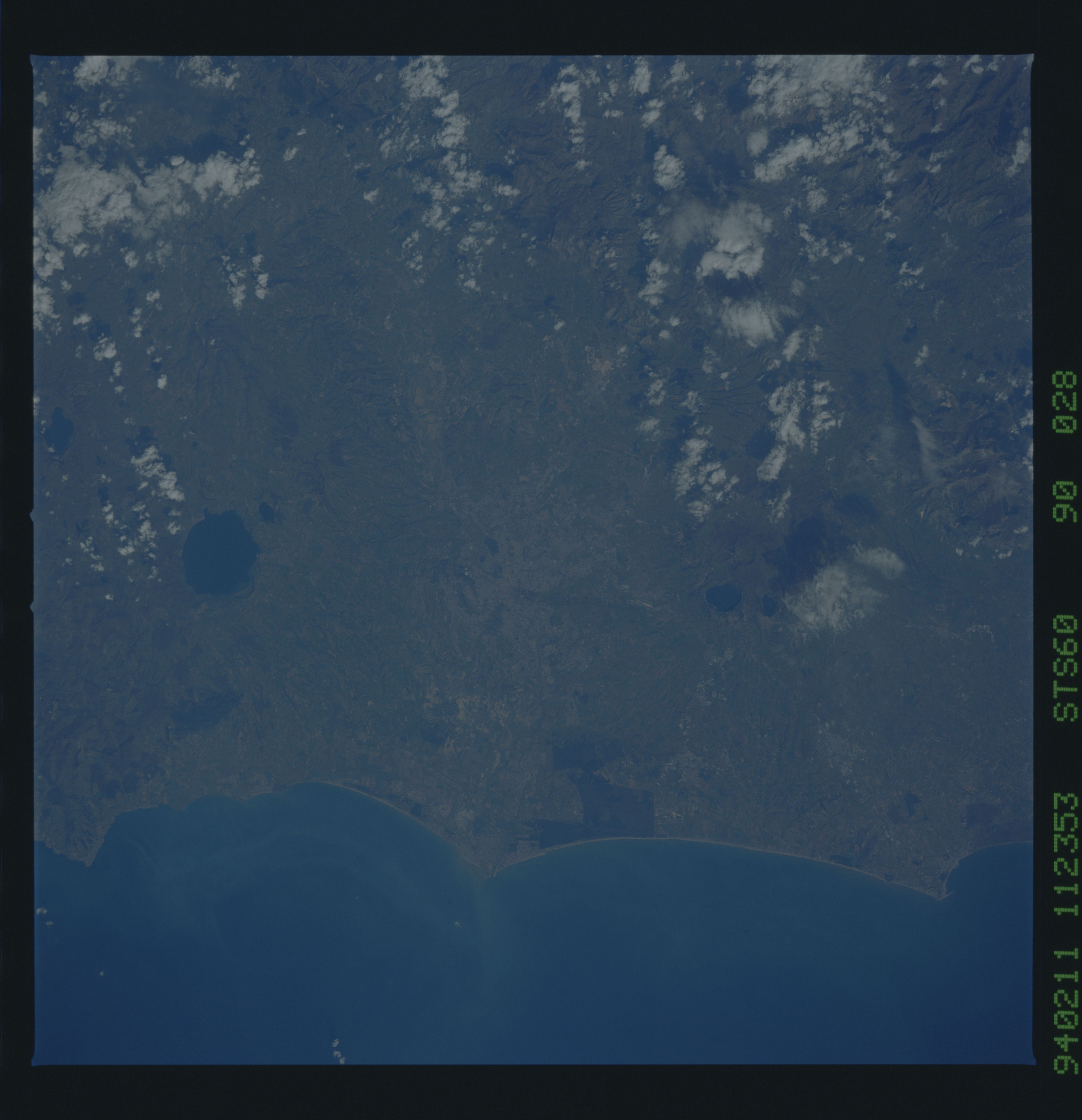 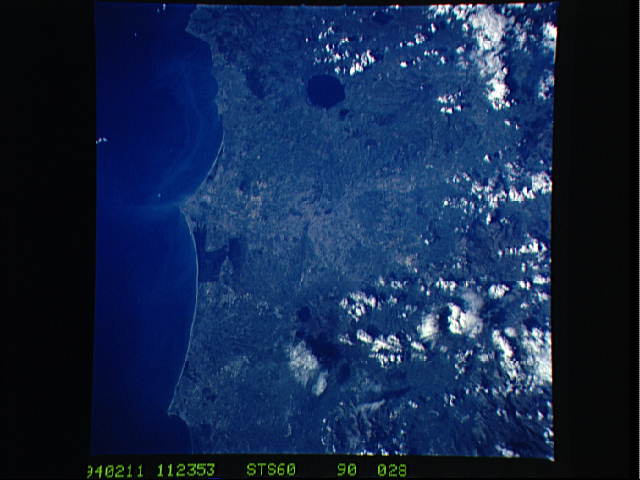 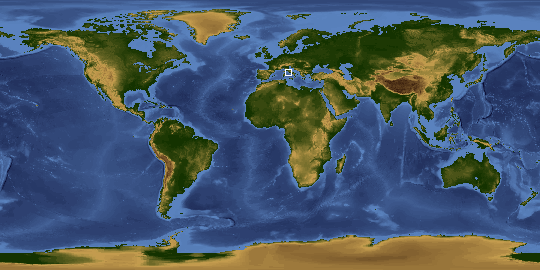 Other options available:
Download Packaged File
Download a Google Earth KML for this Image
View photo footprint information
Image Caption: STS060-090-028 Rome, Italy February 1994
Near the center of the this near-vertical photograph, the Eternal City of Rome is seeable. A great cultural, religious, and intellectual center, Rome is also one of the world's richest cities in history and art. Rome lies astride the Tiber River and its affluent, the Aniene River, about 15 miles (25 kilometers) from the point where the Tiber flows into the Tyrrhenian Sea (southwestern upper center of the photograph). The city is situated on a flat plain rimmed on the northwest by the Sabatini Hills, on the east by the Sabini and Prenestini Hills, and on the southeast by the Alban Hills. The Tiber River, 251 miles (404 kilometers) long and rising in the Etruscan Apennines of central Italy, is subject to flooding; thus, most of its banks, especially in Rome, are diked. Rome is a center for banking, insurance, printing and publishing, and fashion. Italy's movie industry is located at nearby Cinecitta. Tourism is a major industry. Other manufactures include construction, foodstuffs, soap, chemicals, textiles, leather, and metal goods. The administrative offices of the Roman Catholic Church and the home of the Pope are located in Vatican City within Rome. Bracciano Lake, the caldera of an extinct volcano, occupies 22 square miles (57 square kilometers) 17 miles (27 kilometers) northwest of Rome. Approximately 12 miles (19 kilometers) southeast of Rome is Albano Lake, another crater lake of an extinct volcano. The runways of the Leonardo da Vinci International Airport northwest of the mouth of the Tiber River and the famous World War II city of Anzio (Cape Anzio) southeast of the river's mouth are visible.