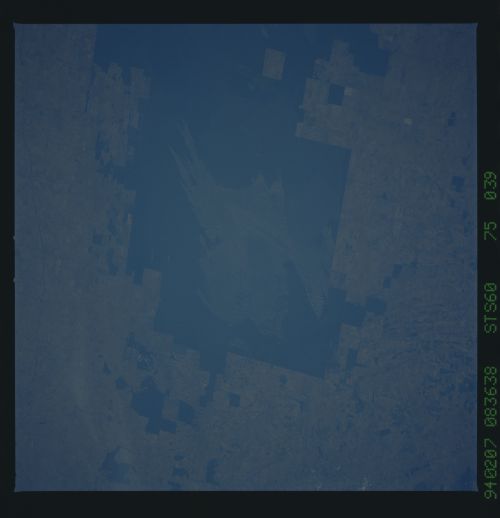 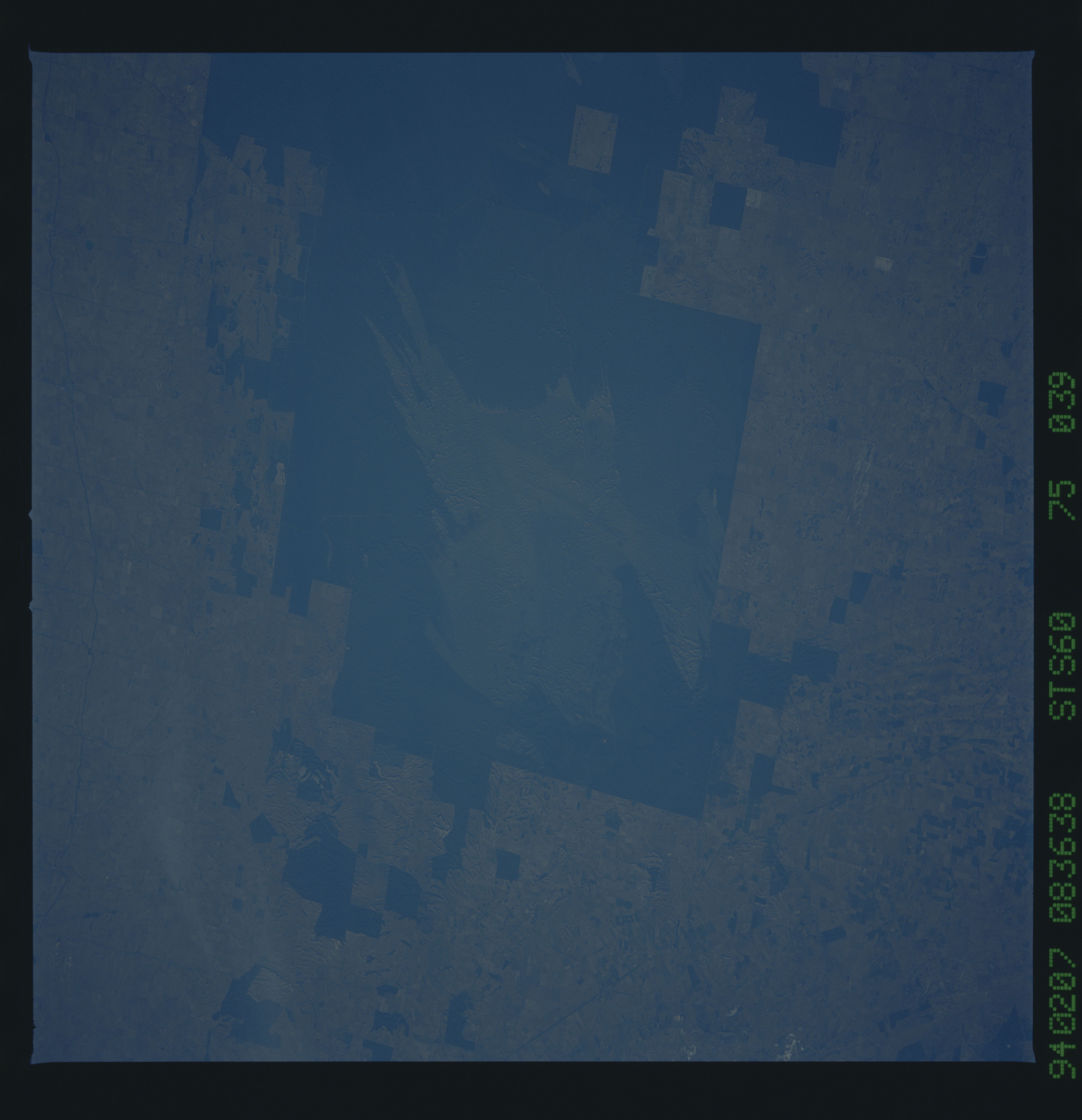 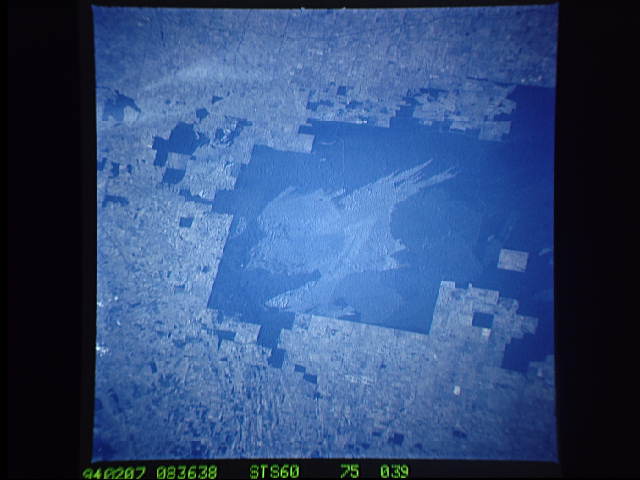 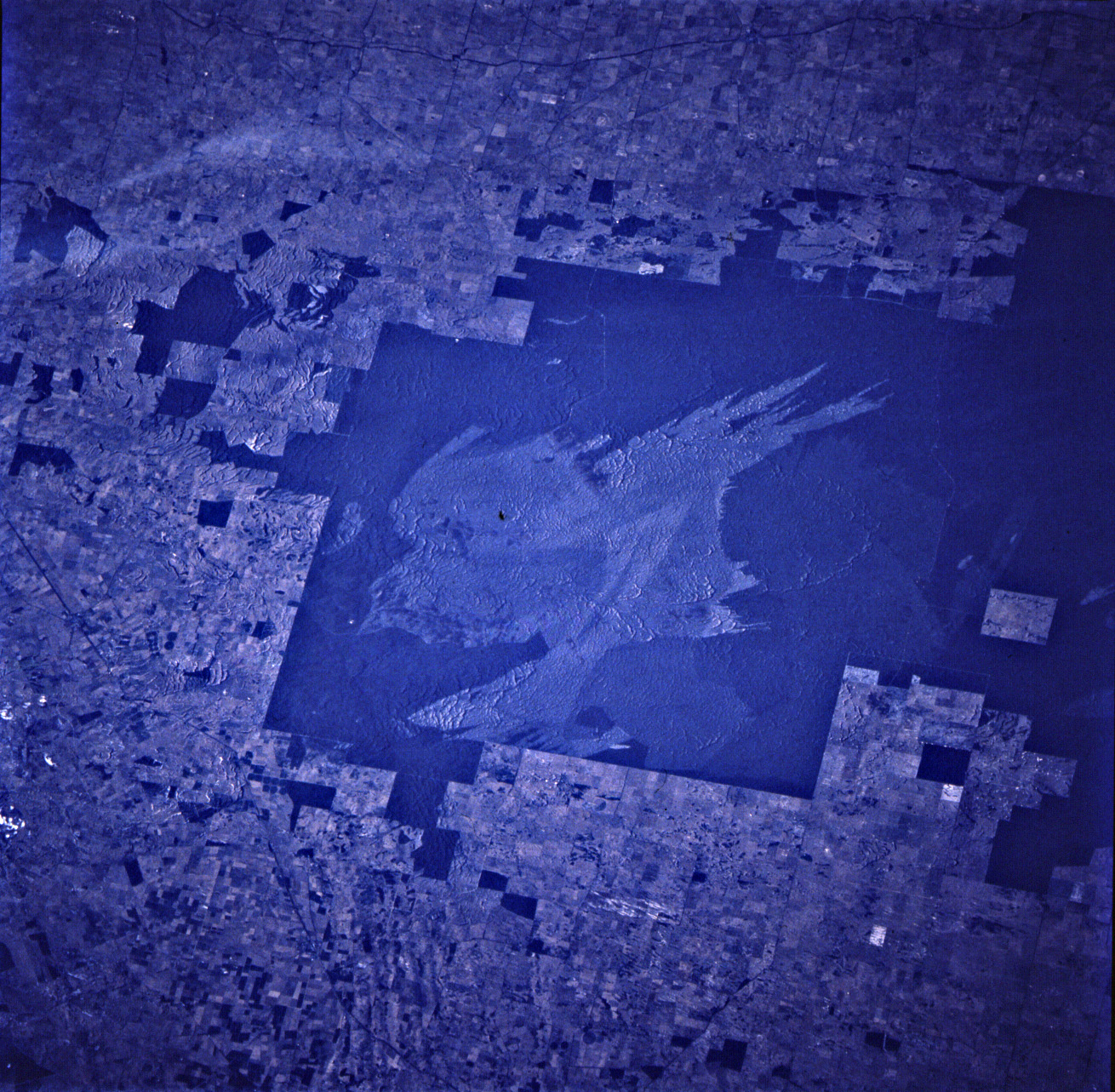 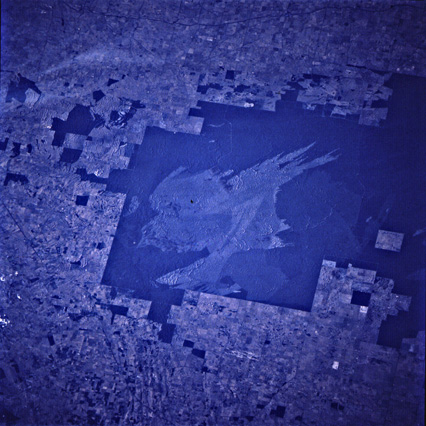 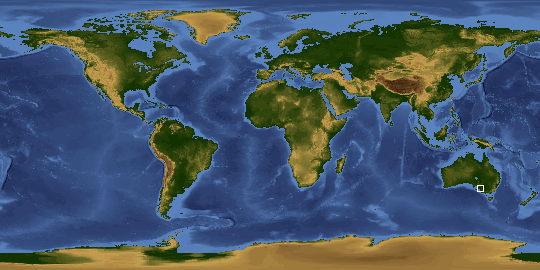 Remnant patch of brushland in agricultural terrain on the Western Australia/Victoria border southeast of Adelaide. Fire scar reveals an underlying pattern of very large sand dunes that were active before the brush grew.

The rectangular green areas in this view of southern Australia are protected areas of natural forest (national parks and biospheric reserves), and the lighter surrounding colors (tan-brown) are agricultural croplands occupying land which once must have looked as green as the nature reserves but are now cleared of forest. The major green patch has been recently burned, as shown by the irregular pattern of a large, multiple burn scar. The pattern of the fire scar indicates that the fires were driven by winds blowing from left to right. Close examination of the view shows that the forests are rooted in a soil made up of a widespread sheet of ancient dune sand. The dunes can be seen best within the area of the large fire scar where the characteristic wavy, scalloped pattern of crescent dunes can be detected. The crescents indicate that the sand was heaped up by winds blowing from right to left in this view, in the opposite direction to the winds which fanned the fires.