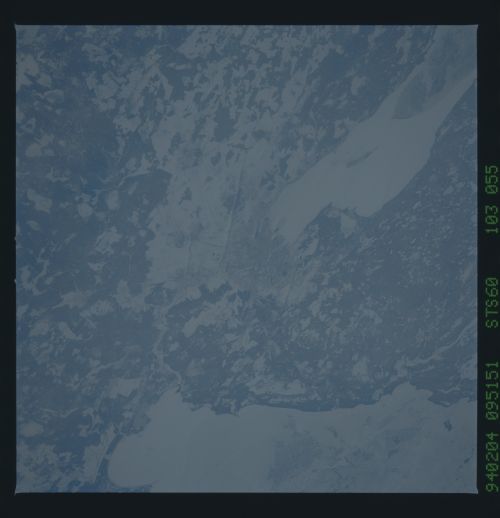 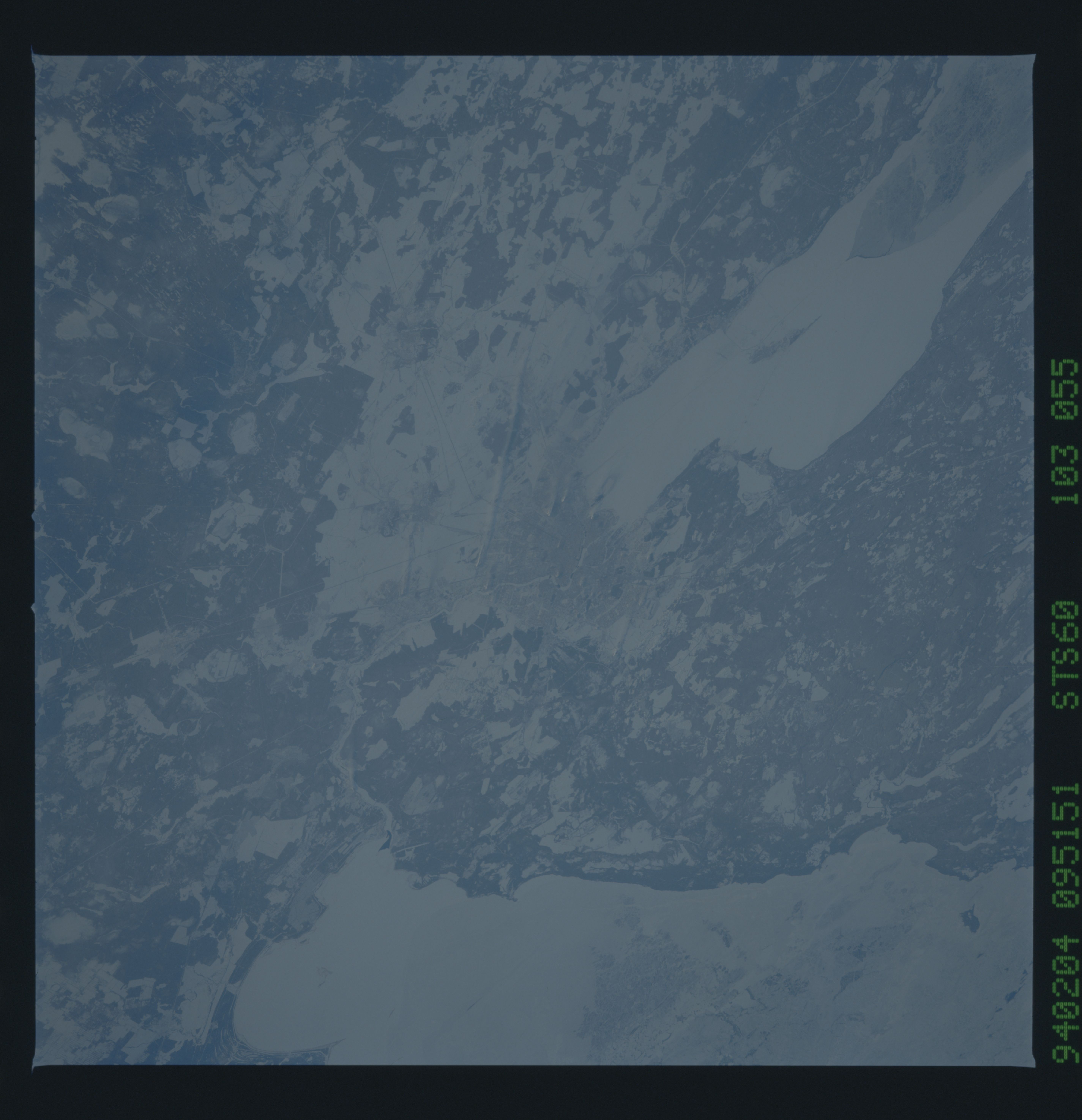 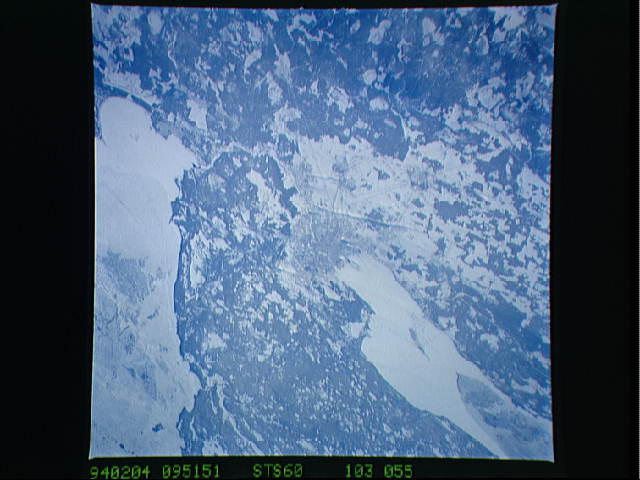 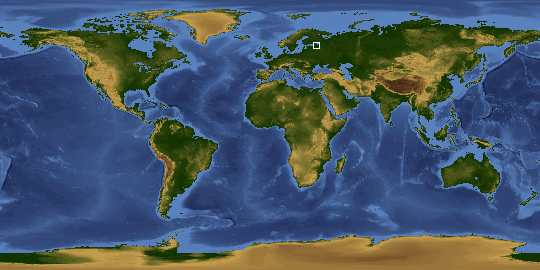 Other options available:
Download Packaged File
Download a Google Earth KML for this Image
View photo footprint information
Image Caption: This wintertime photograph shows the large city of St. Petersburg, Russia at the head of the Gulf of Finland. The city, built by Peter the Great, is situated in the former swampy delta of the Neva River which connects the large Lake Ladoga (the frozen white surface on the edge of the photograph) to the Gulf of Finland. An interesting feature of St. Petersburg which can be discerned in this photograph is the new storm surge barrier built from both sides of the Gulf of Finland out to the island of Kronstadt in the middle. Also visible as a thin line between Kronstadt and St. Petersburg is the ice-free shipping channel kept open much of the winter. Power plant plumes are also visible on the frame.