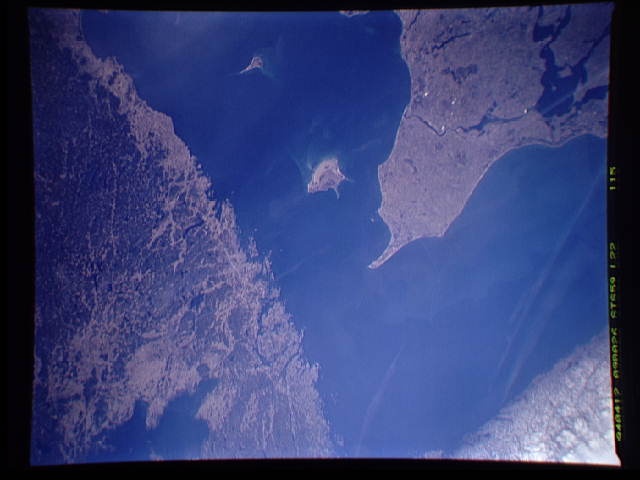 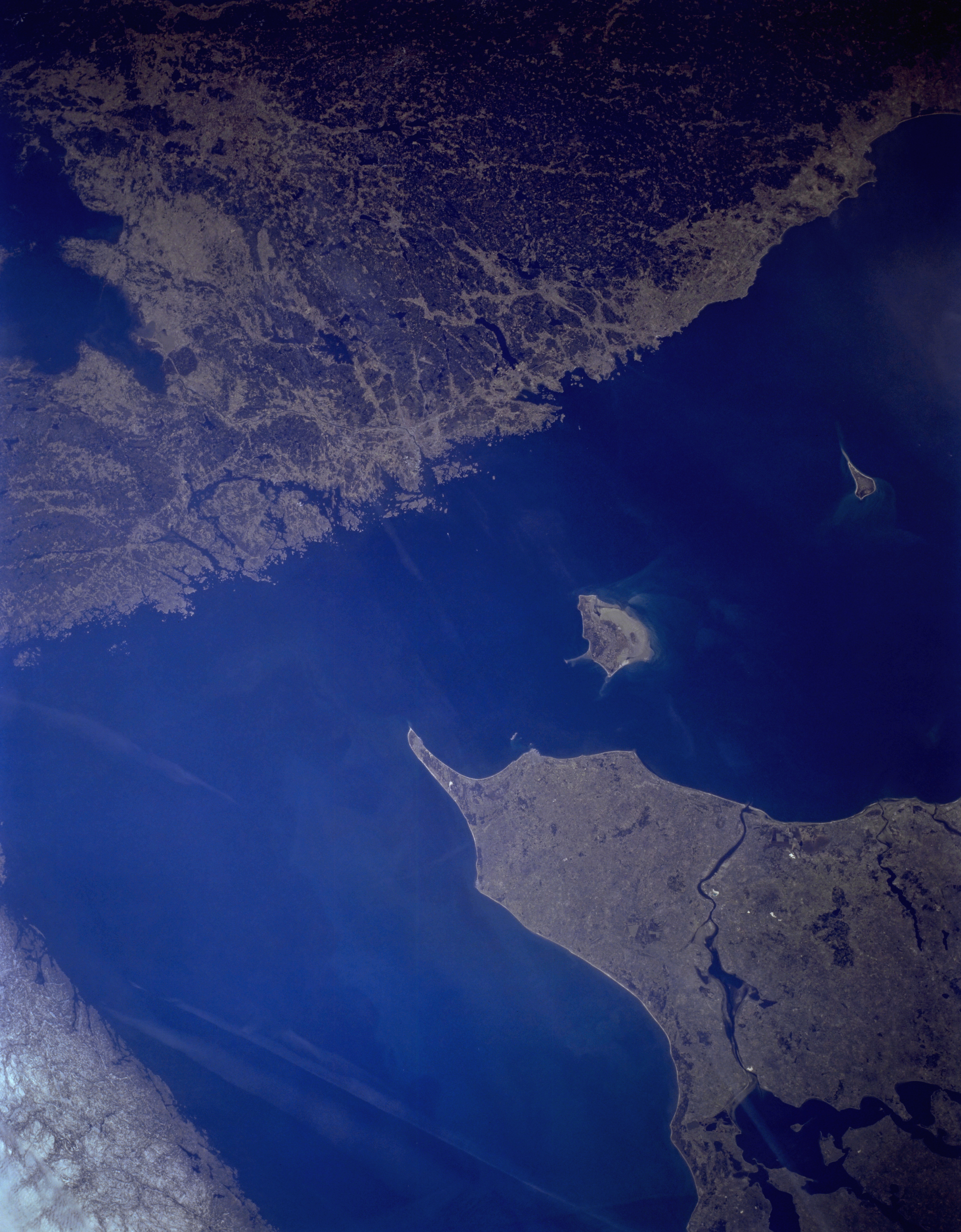 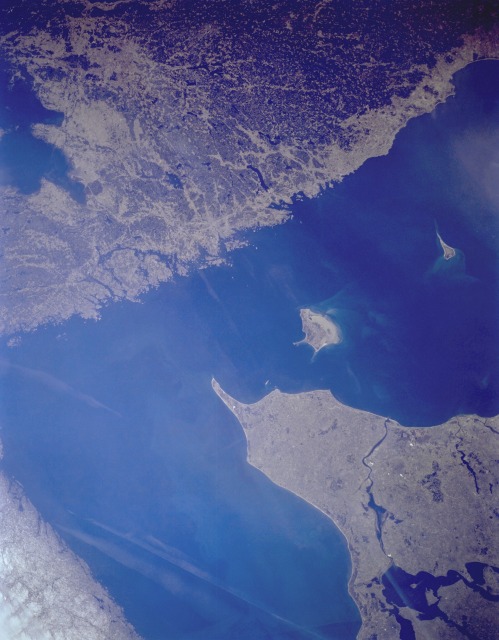 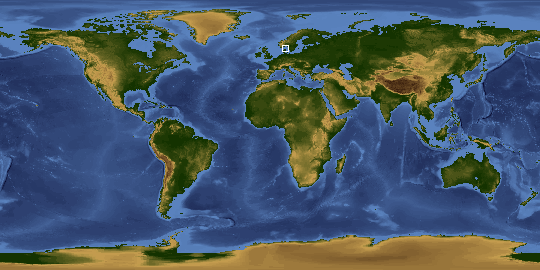 Other options available:
Download Packaged File
Download a Google Earth KML for this Image
View photo footprint information
Image Caption: STS-059-L22-115 Skagerrak and Kattegat, Scandinavia April 1994
Two major bodies of water, the Skagerrak and the Kattegat, separate the Scandinavian Peninsula and the Jutland (Jylland) Peninsula of Denmark. The Skagerrak, a broad extension of the North Sea, lies north-northwest of the Jutland Peninsula, and the Kattegat lies east of the peninsula, separating Denmark from Sweden. Two islands, both belonging to Denmark, appear in the Kattegat--larger Laesø and smaller Anholt, about 45 miles (70 kilometers) east of Jutland. Because of the small scale of this photograph, no specific urban infrastructure can be observed; however, Skagen, a busy fishing port and resort, is located near the northernmost tip of Jutland Peninsula. The peninsula's west coast is windswept with sandy, poor quality soils, but the east coast has fertile soils and is densely populated. Livestock raising and dairying are the main occupations on Jutland. On the Swedish coast of the Kattegat, numerous urban areas are located but cannot be specifically identified--among them, Göteborg, Sweden's leading seaport and an important commercial center in this area of Sweden.