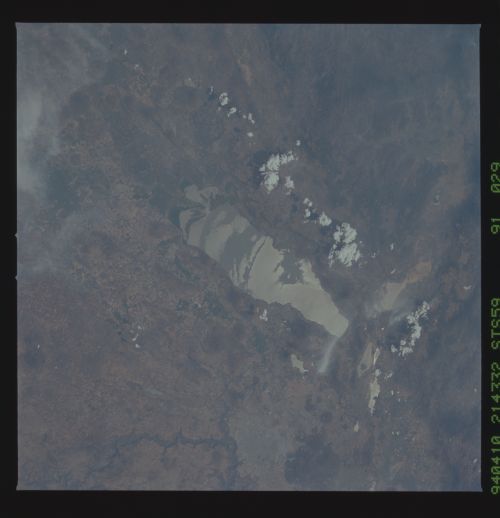 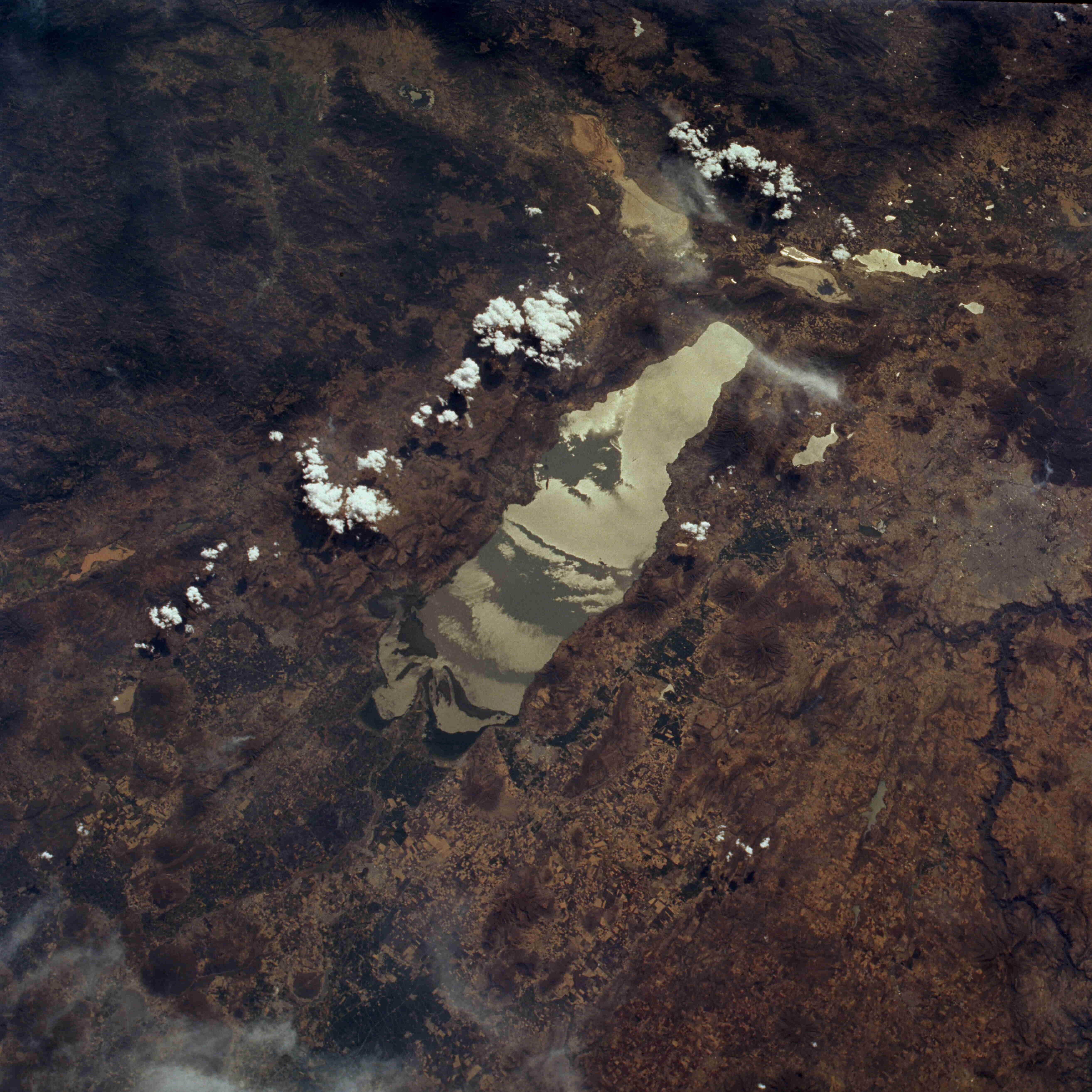 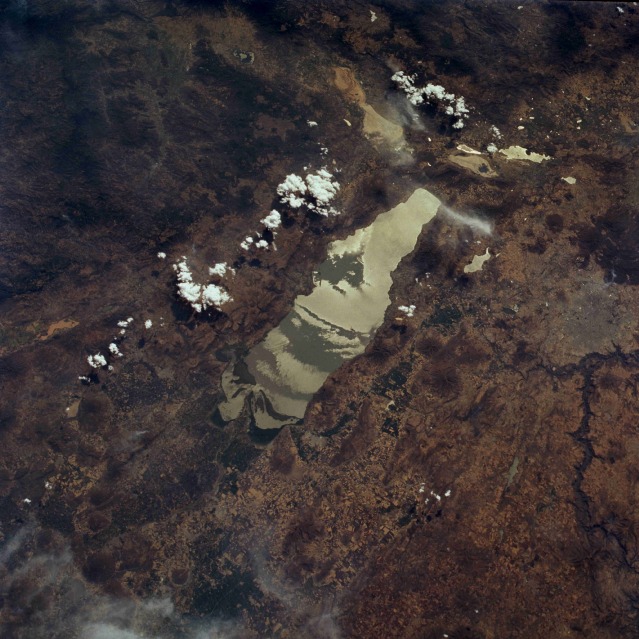 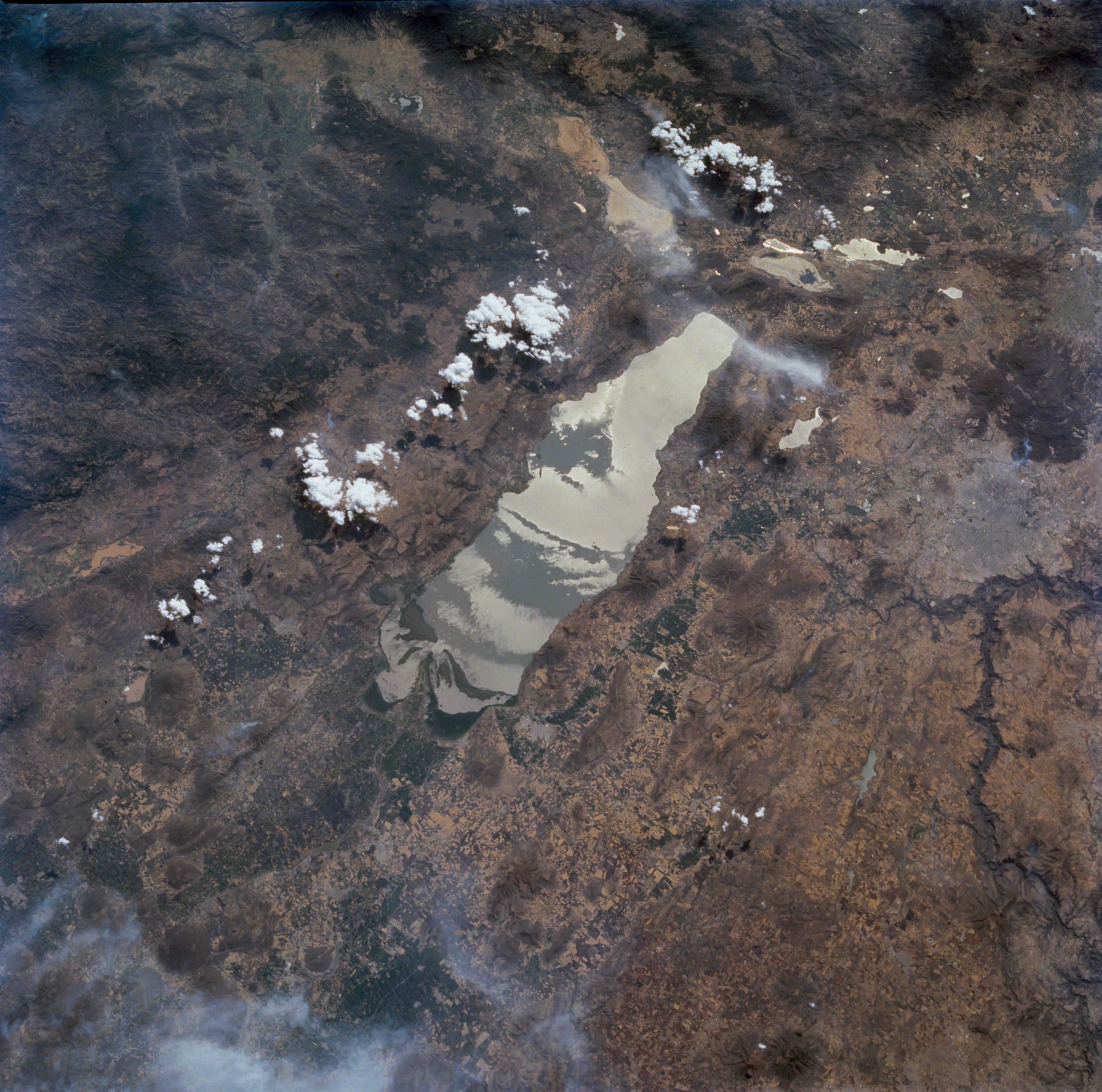 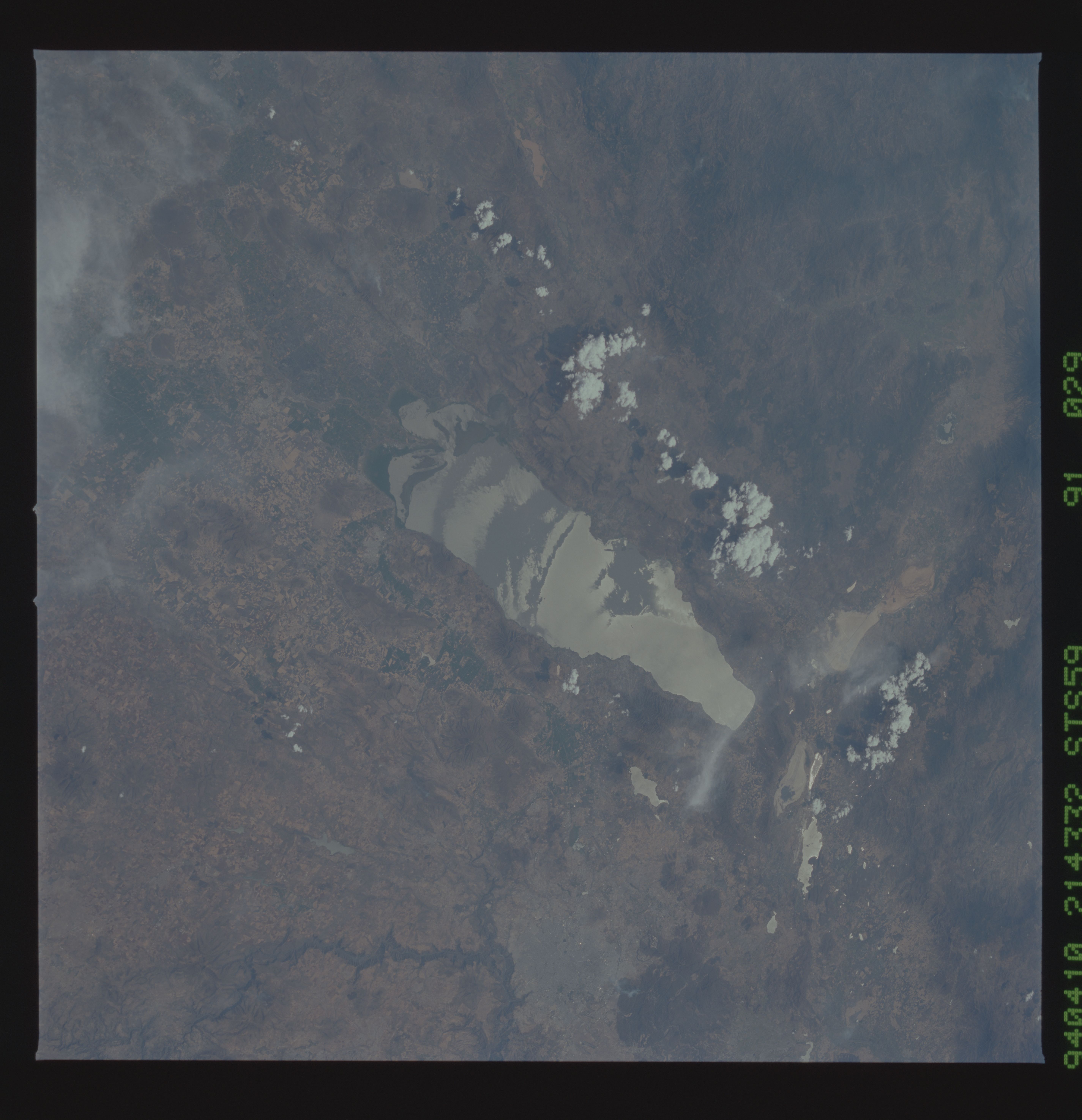 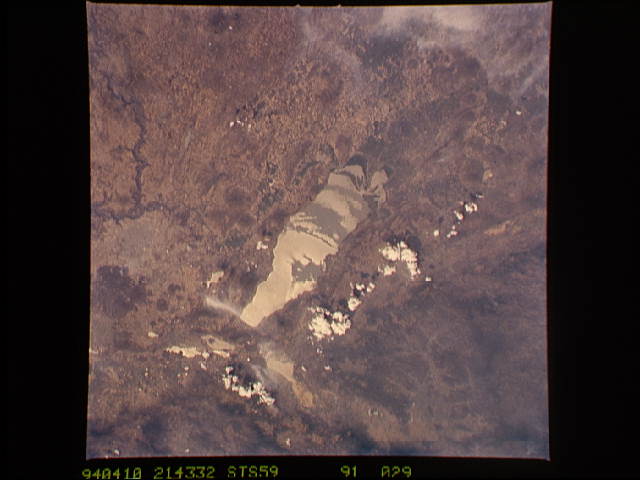 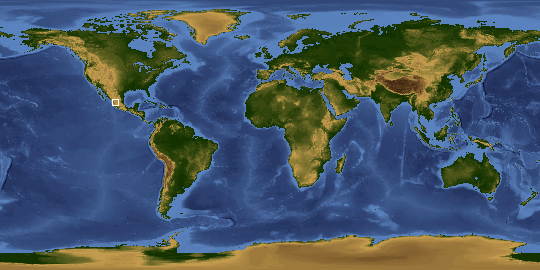 Other options available:
Download Packaged File
Download a Google Earth KML for this Image
View photo footprint information
Download a GeoTIFF for this photo
Image Caption: STS059-91-29 Lake Chapala, Mexico April 1994
Lake Chapala, the largest lake in Mexico, is visible (center of photograph) in this low-oblique, southwest-looking photograph. The lake, set in a shallow depression in Mexico's central plateau, covers 650 square miles (1684 square kilometers), is 50 miles (80 kilometers) long, and is 8 miles (13 kilometers) wide. Lake Chapala is fed by the Lerma River, which enters the east end of the lake (point of land extending into the lake), and is drained by the Grand Santiago River (not visible in the photograph). In the past, Lake Chapala was a popular scenic resort area and fishing center. Since the early 1950s, the water levels in the lake have been receding at an alarming rate because of increased industrial use, agriculture in the surrounding valley (field patterns visible in the photograph), and a decreased flow of water into the lake from the Lerma River caused by field irrigation upstream. Over the last three decades, runoff from fertilizers and pesticides used on agricultural fields and discharges into the lake from chemical plants, oil refineries, and industrial plants have heavily polluted the lake. Guadalajara (gray area north of the western end of the lake) and small lakes (west of the lake) are visible.