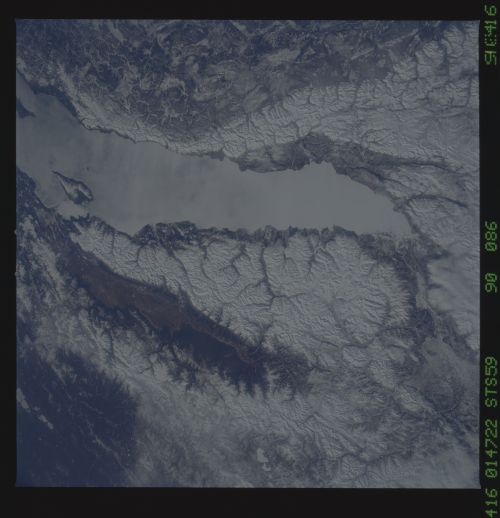 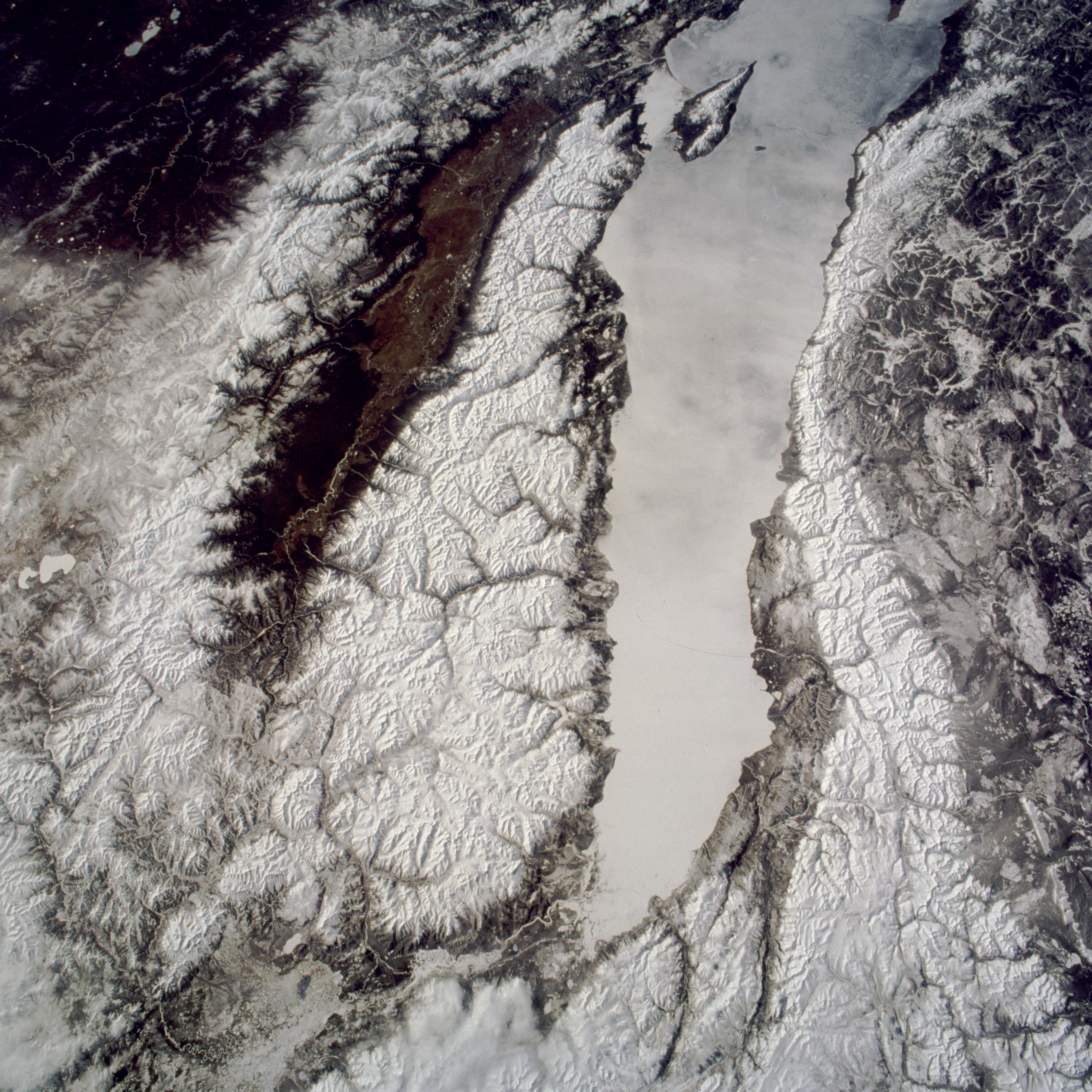 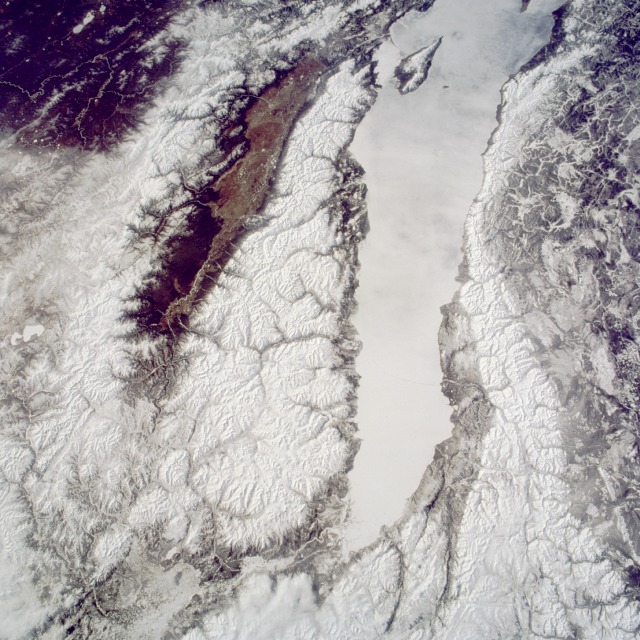 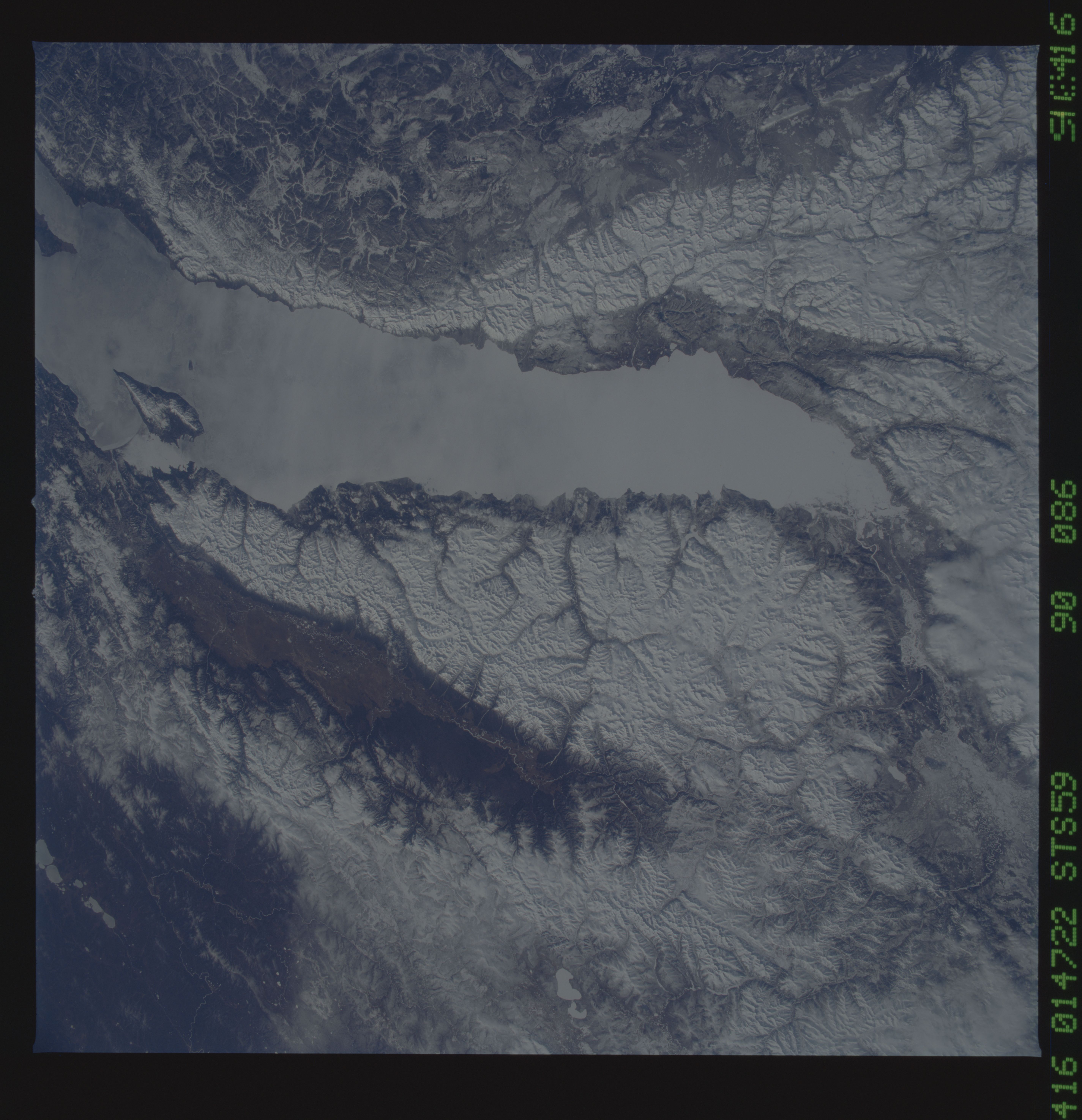 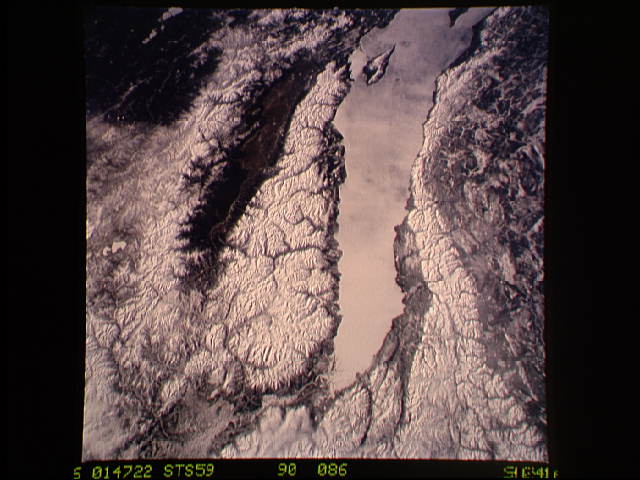 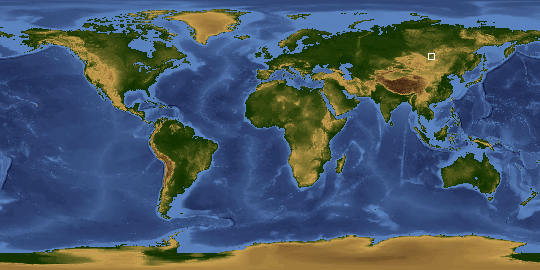 Other options available:
Download Packaged File
Download a Google Earth KML for this Image
View photo footprint information
Download a GeoTIFF for this photo
Image Caption: STS059-090-086 Lake Baikal (Baykal), Russia April 1994
This south-looking, low-oblique photograph pictures the northern portion of Lake Baikal (Baykal) with ice covering its surface--the largest, deepest, and one of the oldest freshwater lakes in the world. It is also one of the most productive fishing lakes in eastern Russia. The Angara River can be seen entering the north end of the lake, and arrow-shaped Point Pov-Svyatoy juts out from the eastern shore (visible near the southern edge of the photograph). Lake Baikal was formed nearly 20 million years ago when faults in the Earth's crust caused a belt of rocks to sink, while mountains on either side were rising, forming a gigantic trench. Snow-covered mountain ranges are apparent, the Barguzinskiy Range to the east and the Baykal'skiy Mountains to the west of the lake. Fed by many rivers and streams, Lake Baikal is drained by the Angara River near the lake's southern end. The sickle-shaped lake is 395 miles (636 kilometers) long, up to 49 miles (79 kilometers) wide, and up to 5710 feet (1741 meters) deep. Because of its large volume of water, the lake has a moderating influence on the climate of the adjoining land. The lake and its shores are the habitat of many plants and animals found nowhere else in the world.