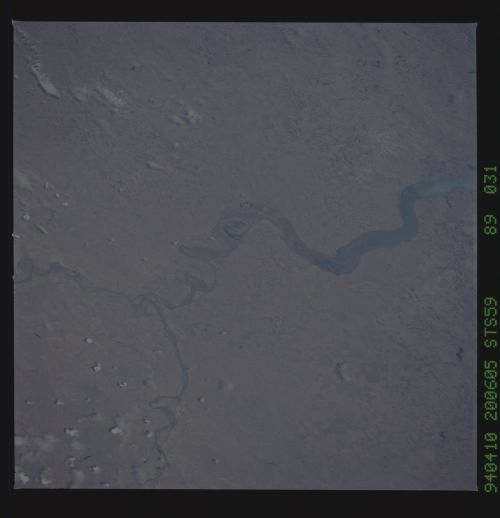 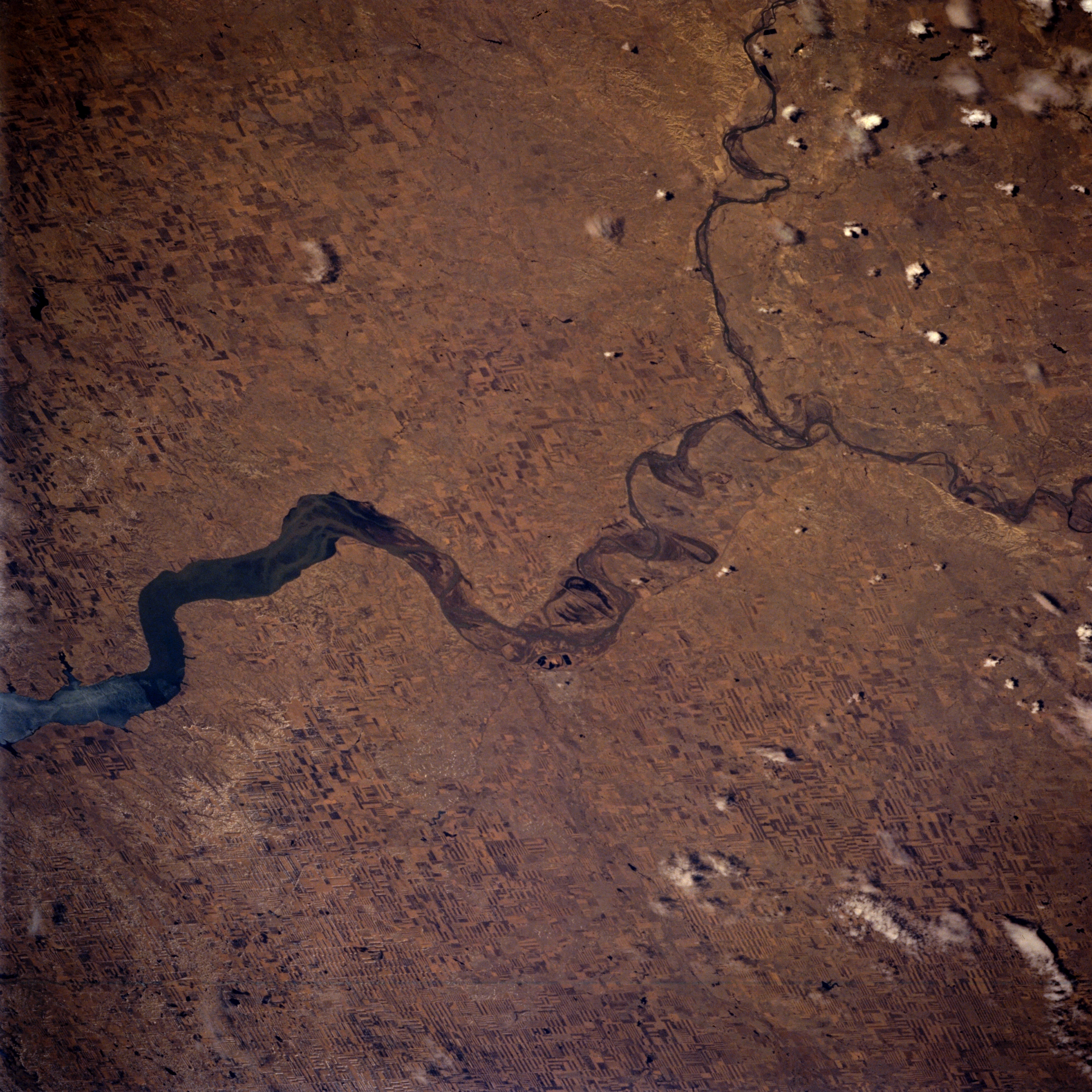 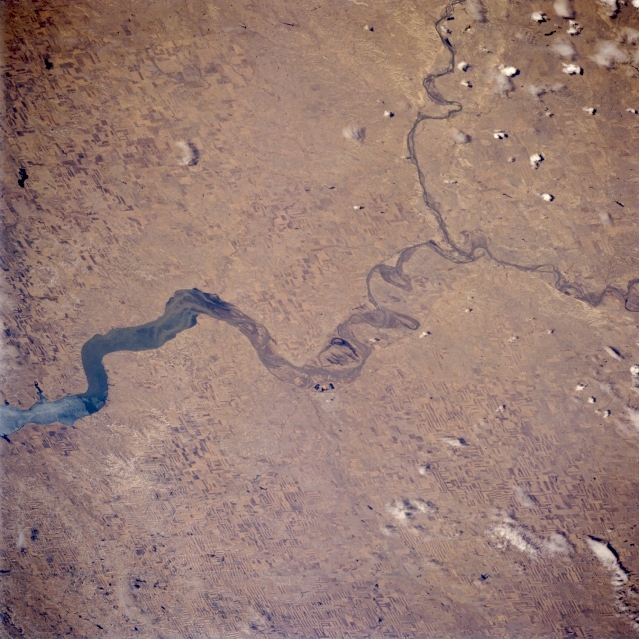 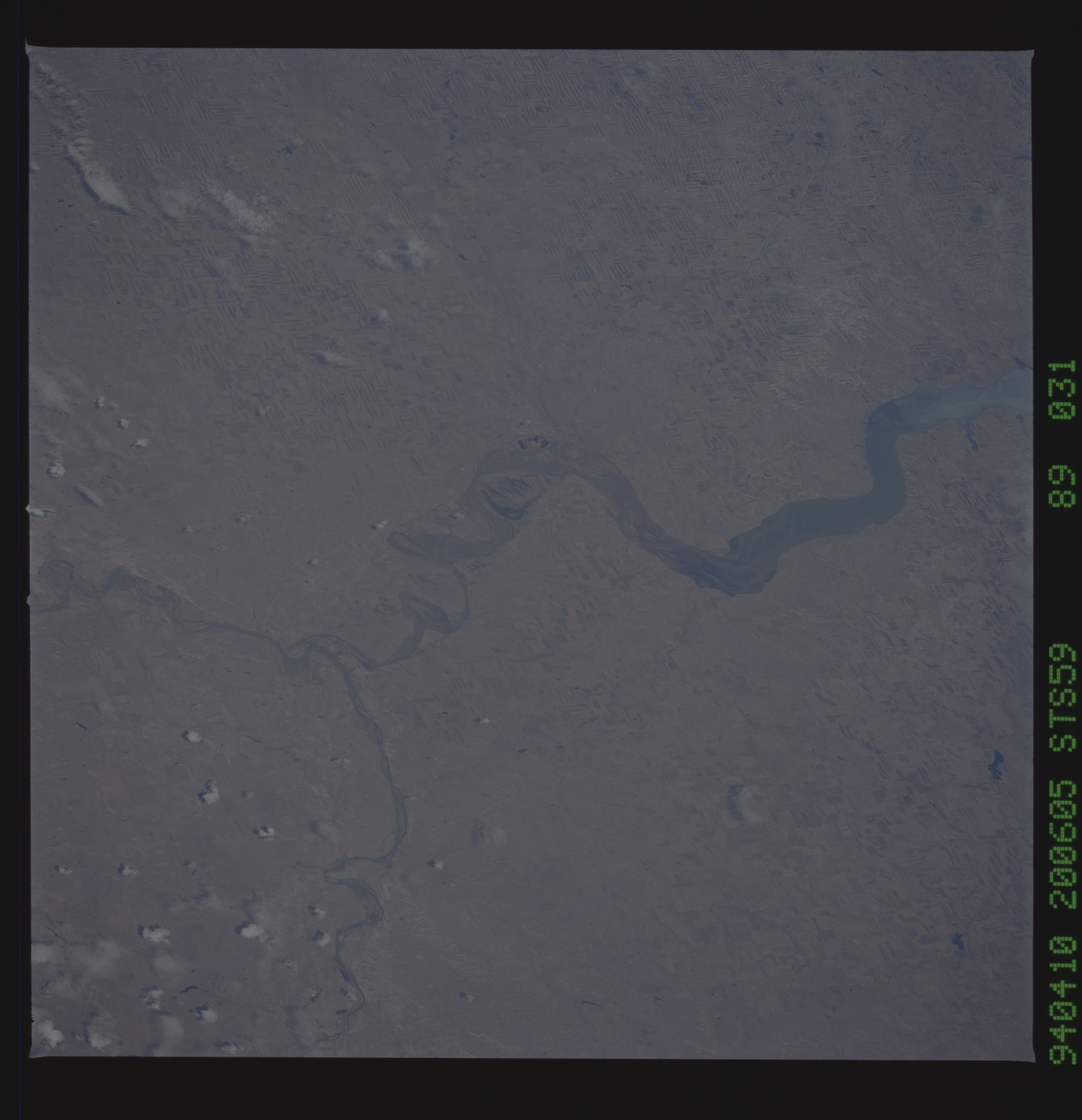 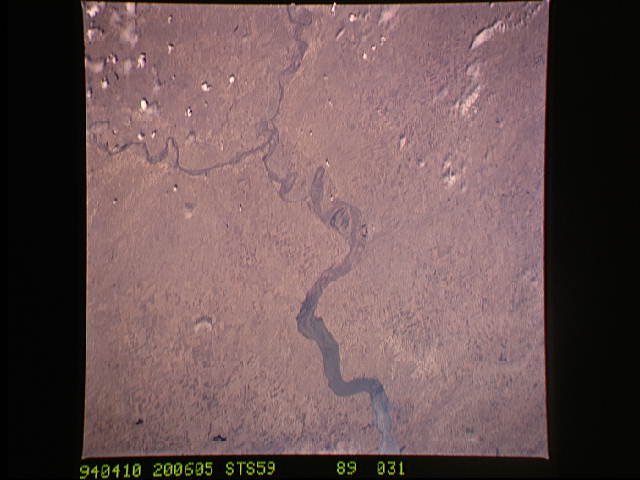 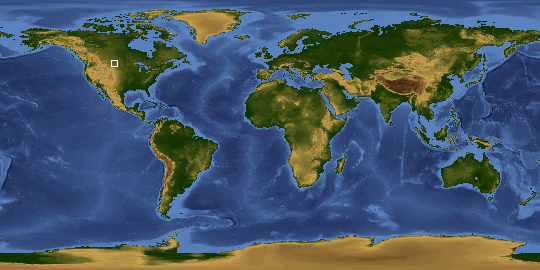 Other options available:
Download Packaged File
Download a Google Earth KML for this Image
View photo footprint information
Download a GeoTIFF for this photo
Image Caption: STS059-089-031 Missouri River and Yellowstone River, North Dakota, U.S.A. April 1994
The Yellowstone River, one of the main tributaries of the upper Missouri River, is visible entering the Missouri River near the North Dakota-Montana border in this south-looking, low-oblique photograph. During the ice age, the Missouri River was the boundary between glaciers to the north and ice-free land to the south. Apparent in the photograph are the western end of Lake Sakakawea [200 miles (322 kilometers) long] and scattered agricultural field patterns. With the discovery of rich oil reserves nearby in 1951, the small city of Williston on the north side of the Missouri River (barely discernible in the center of the photograph) increased in importance. It is a trade, processing, and shipping center for the agricultural region and has an oil refinery, stockyards, grain elevators, and dairy processing plants. The area has large reserves of lignite, natural gas, salt, and leonite.