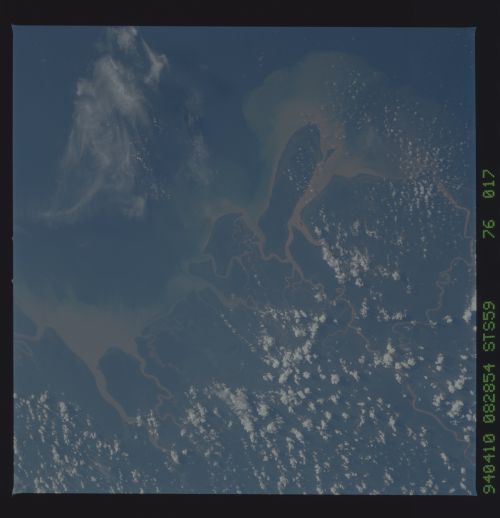 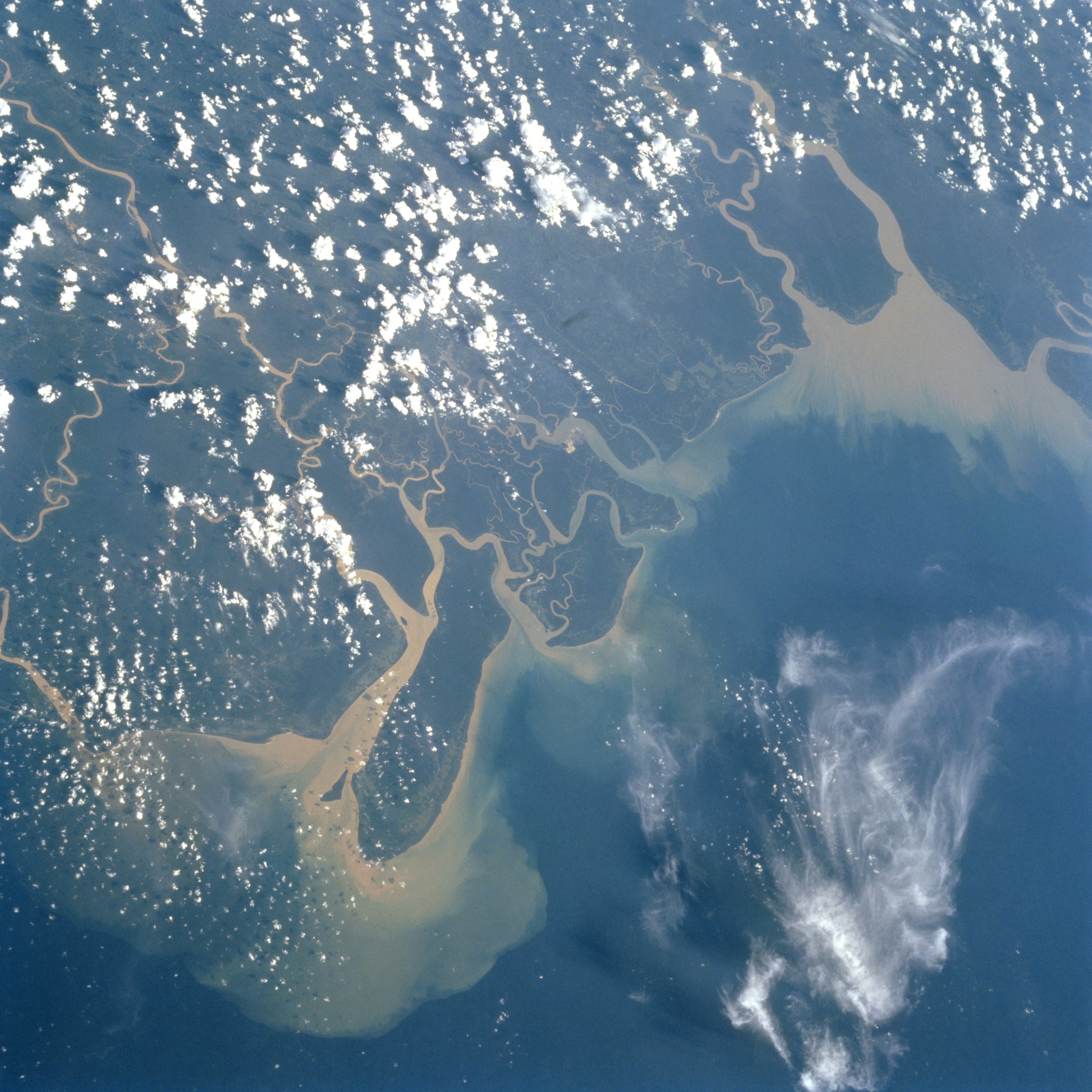 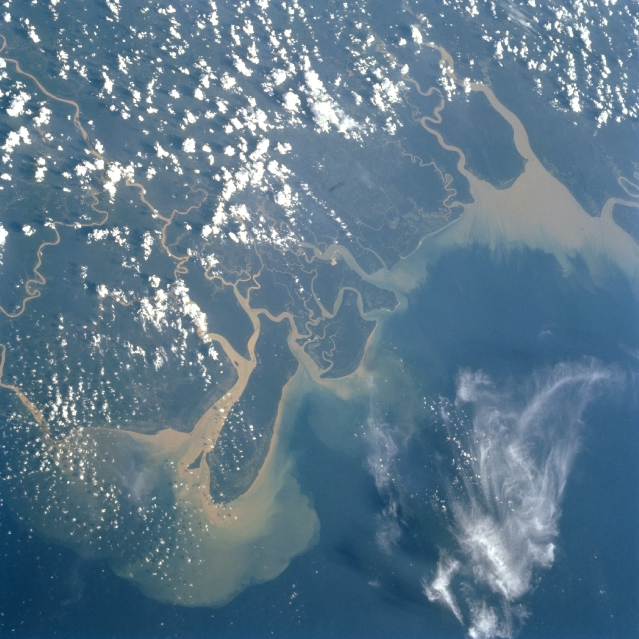 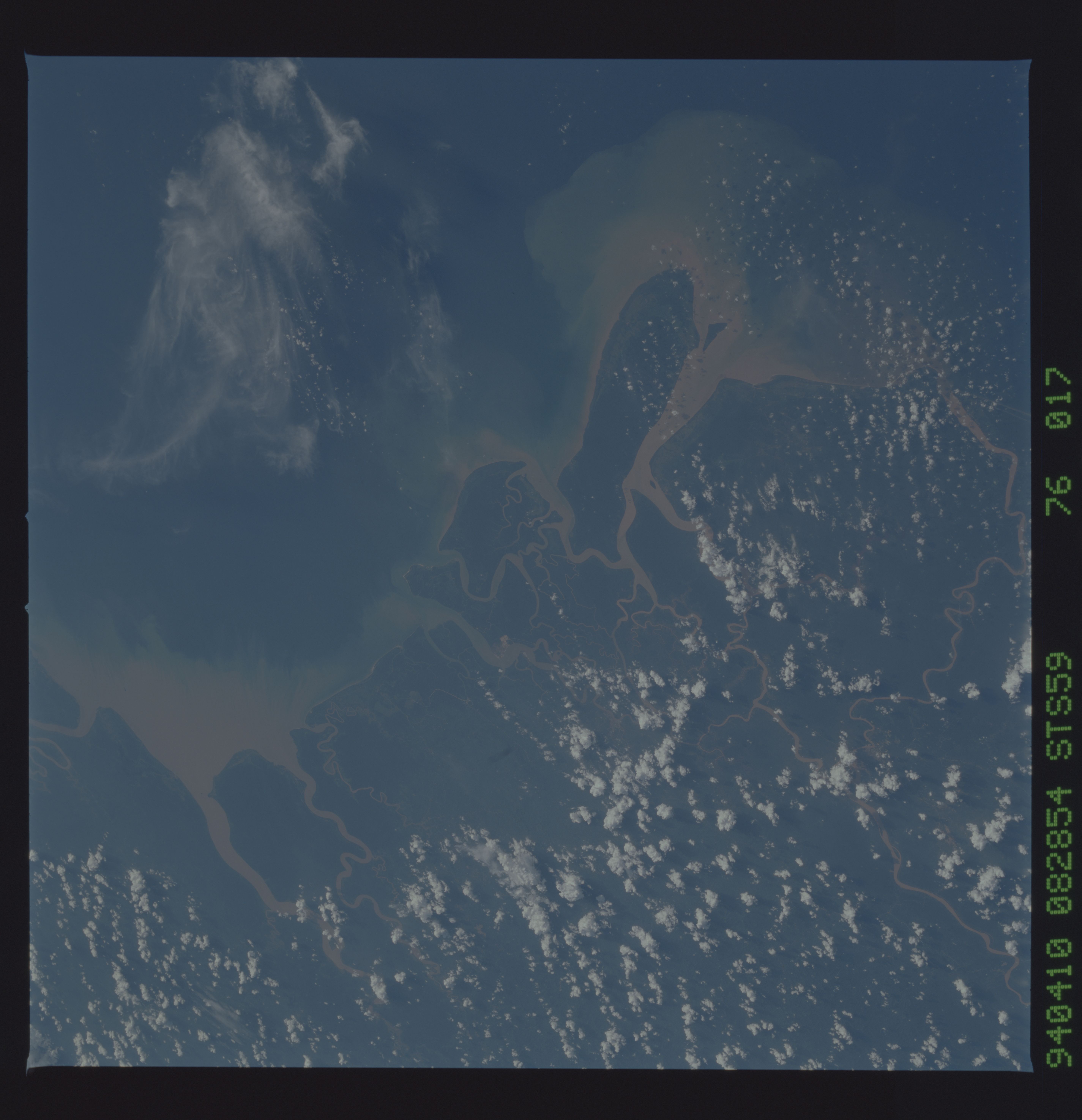 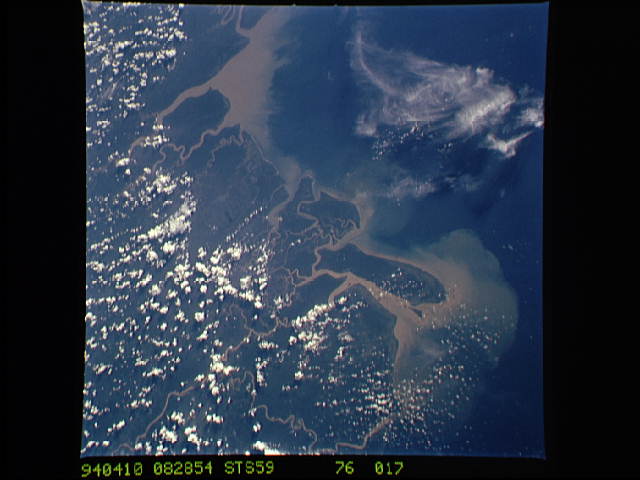 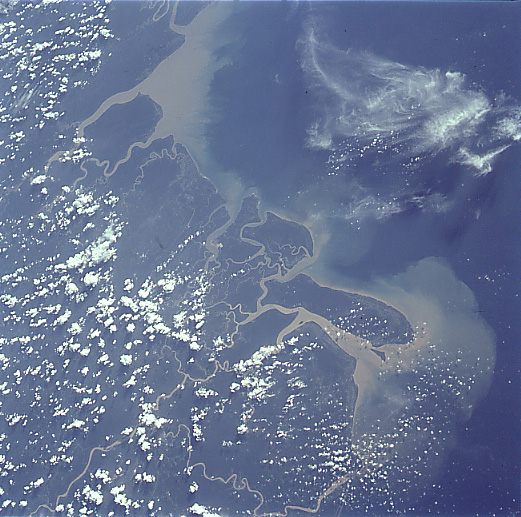 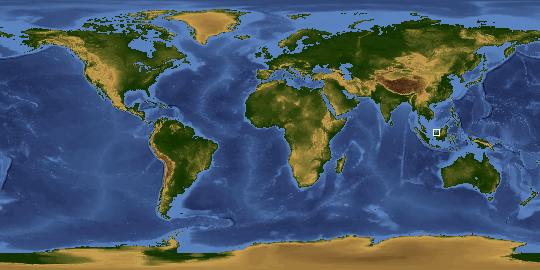 Other options available:
Download Packaged File
Download a Google Earth KML for this Image
View photo footprint information
Image Caption: STS059-076-017 Rajang River Delta, Malaysia April 1994
The wide delta of the Rajang River in eastern Malaysia can be seen in this south-southwest-looking view. The Rajang, the largest river system in eastern Malaysia has a drainage area covering 19686 sq. miles (51000 sq. km) and the river is 350 miles (564 km) long. The river is navigable by shallow-draft boats for nearly 150 miles (242 km) inland from its mouth on the South China Sea (right portion of image). Numerous mangrove swamps and mudflats make up the coastal portions of the Rajang's wide delta. Further inland are the Nyka Swamps, which are associated with mangrove forests and brackish water. Fresh water swamps lie further inland from the coast. Rivers like the Rajang provide a means of communication and transportation from coastal areas to the interior. Just to the right of the center of the image is the coastal island of Beruit. In the upper left portion of the image, the mouth of the Lupar River is visible.