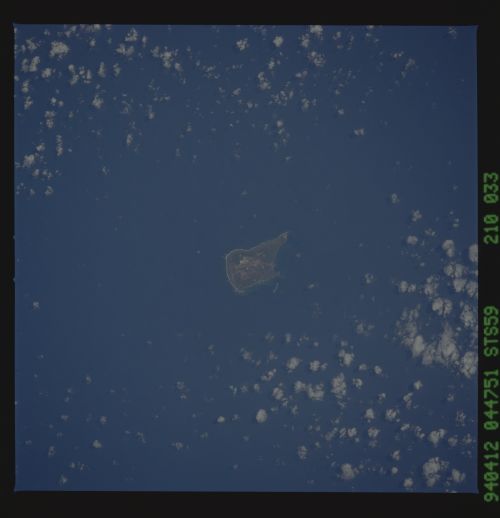 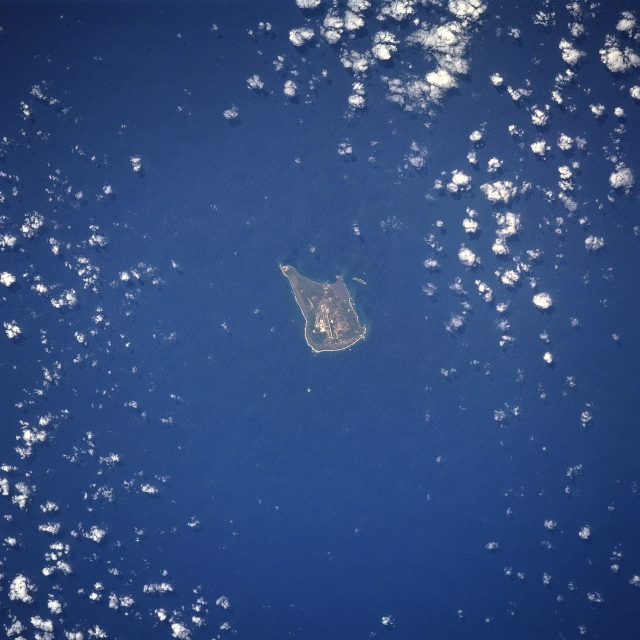 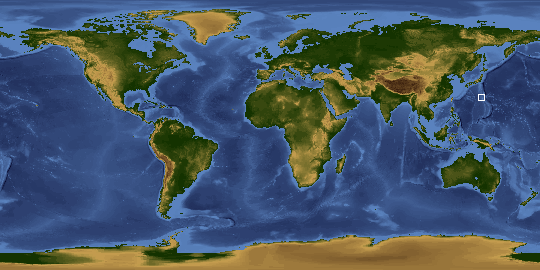 Other options available:
Download Packaged File
Download a Google Earth KML for this Image
View photo footprint information
Image Caption: STS059-210-033 Iwo Jima, Volcano Islands April 1994
The largest of three Volcano Islands, Iwo Jima can be seen in this south-looking view. Iwo Jima is nearly 5 miles (9km) long, and 2 miles (4 km) wide and covers an area of 8 sq. miles (21 sq. km). Mount Suribachi, 546 feet (167 meters) high, on the south side of the island, is an extinct volcano. The main industries are sulfur mining and sugar refining. Iwo Jima was the scene for one of the severest battle campaigns in United States history during World War II. The battle began on February 19, 1945 against a Japanese force of over 22000 troops, who were well fortified in the numerous caves that make up the island topography. Casualties were high on both sides. The island was completely taken by United States forces on March 15, 1945. The photograph acquired of the United States flag being raised by U.S. Marines on the top of Mount Suribachi is one of the most famous photographs ever taken and inspired a memorial being built near Washington, D.C. honoring the United Stated Marine Corps.