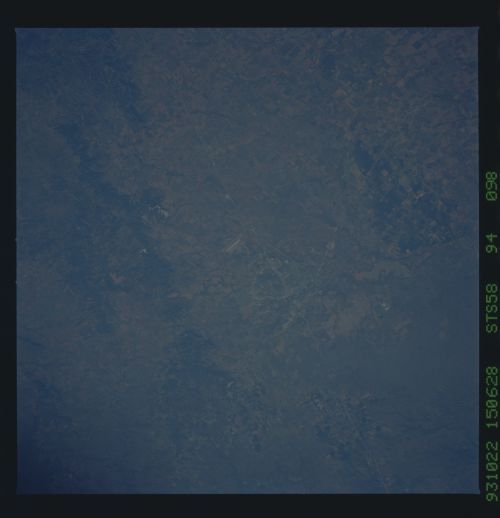 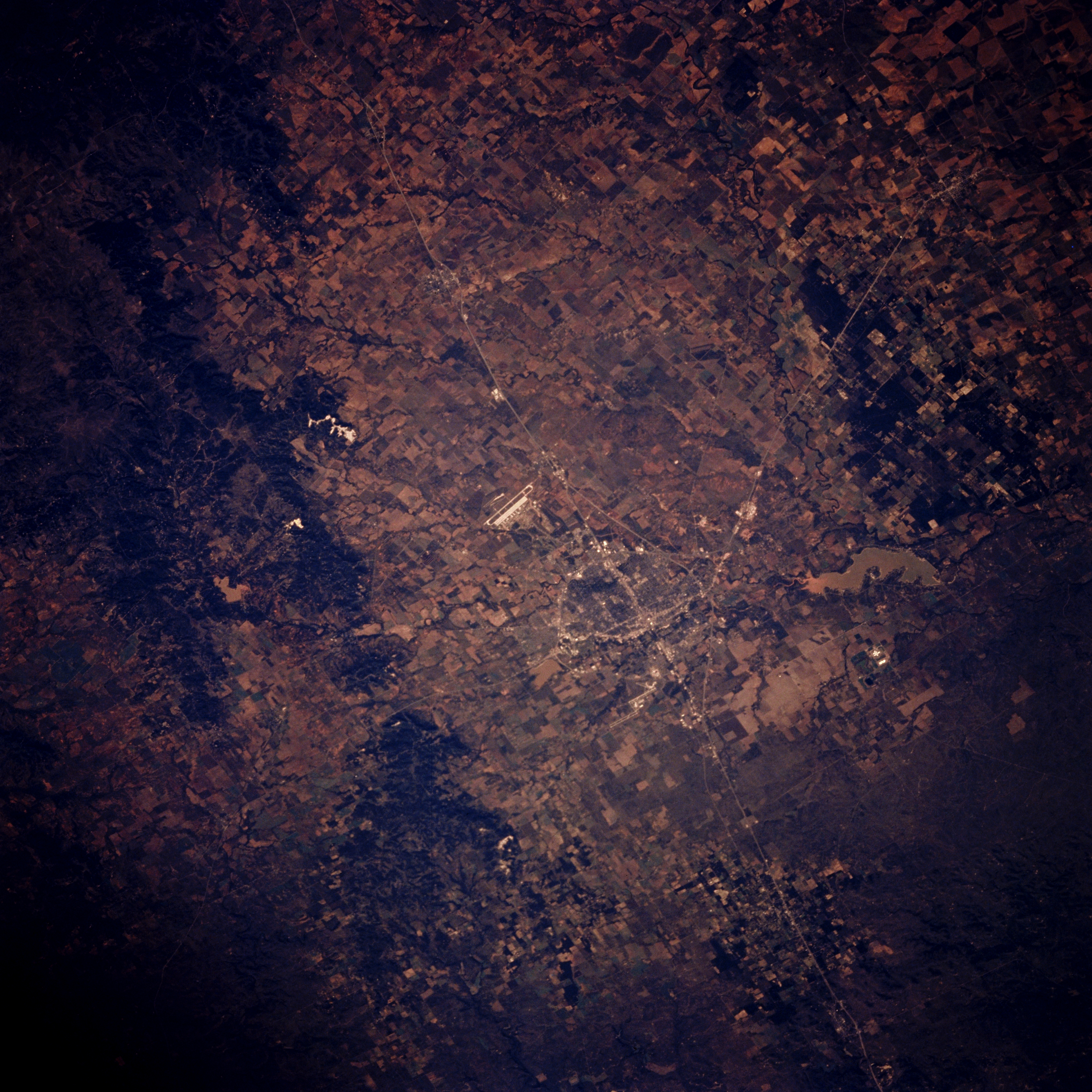 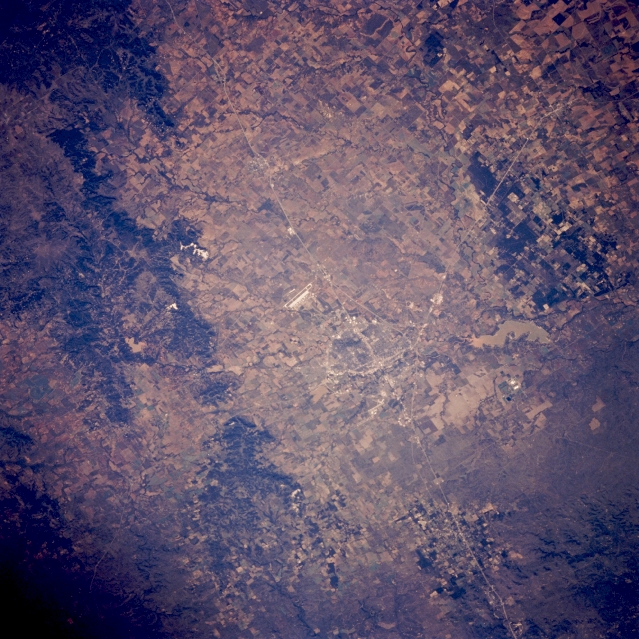 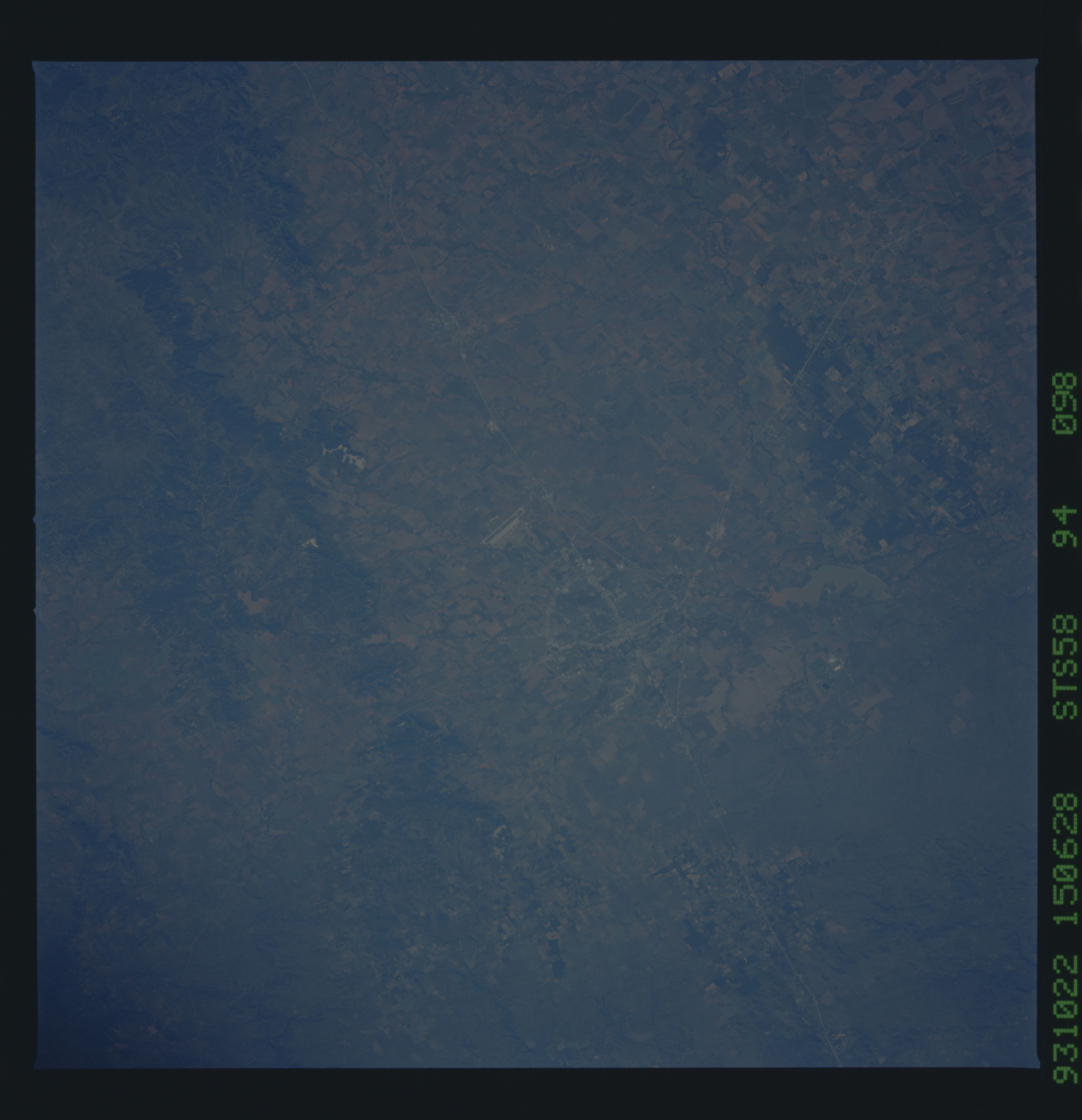 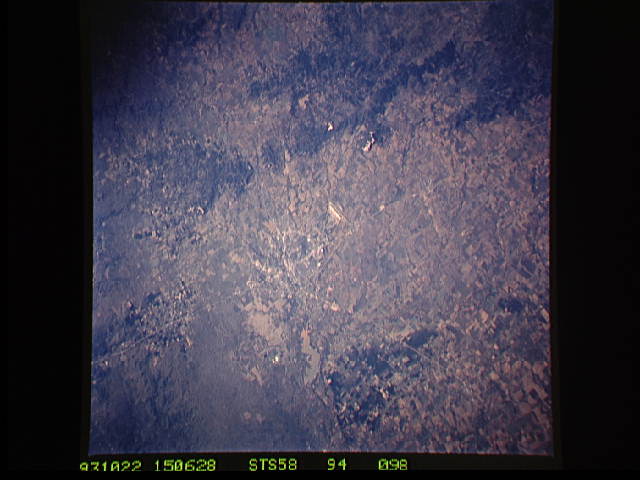 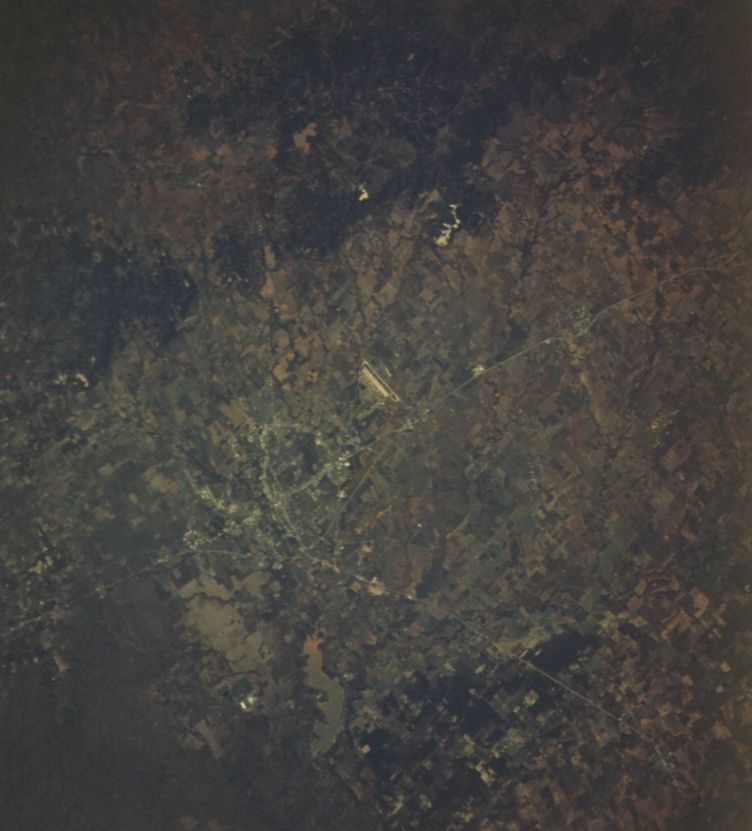 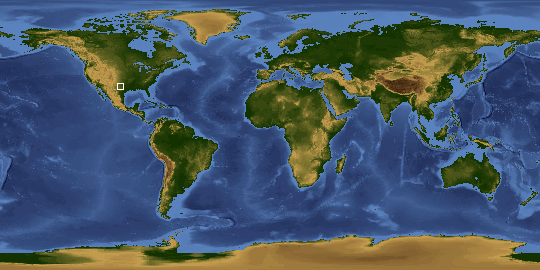 Other options available:
Download Packaged File
Download a Google Earth KML for this Image
View photo footprint information
Image Caption: STS058-094-098 Abilene, Texas, U.S.A. October 1993
Discernible in this photograph is east-west-oriented Interstate Highway 20 traversing a relatively flat section of the Permian Basin, looping around the northern edge of Abilene, and intersecting with combined Texas Highways 83 and 277, which connect Abilene with Anson to the northwest. South of Interstate Highway 20 and southwest of Abilene is Dyess Air Force Base with its highly reflective runway and apron (center of photograph). Visible are muddy Lake Fort Phantom Hill north of Abilene and, to the south, the Callahan Divide, a series of generally east-west-trending, vegetated limestone ridges that divert streams north of the divide into the Brazos River and streams south of the divide into the Colorado River Basin.