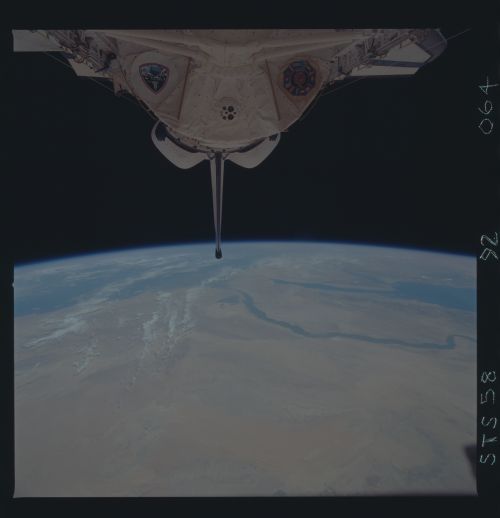 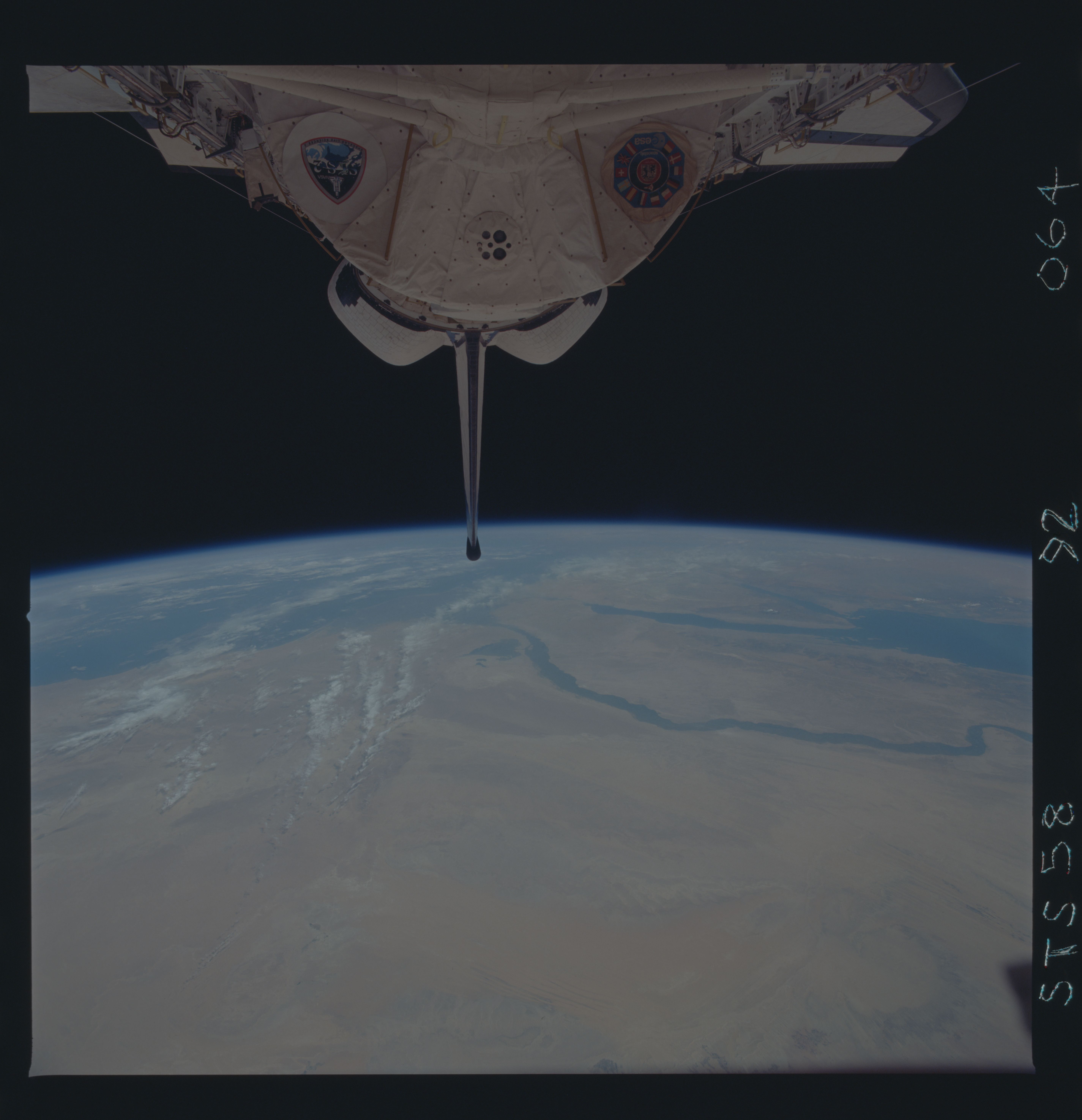 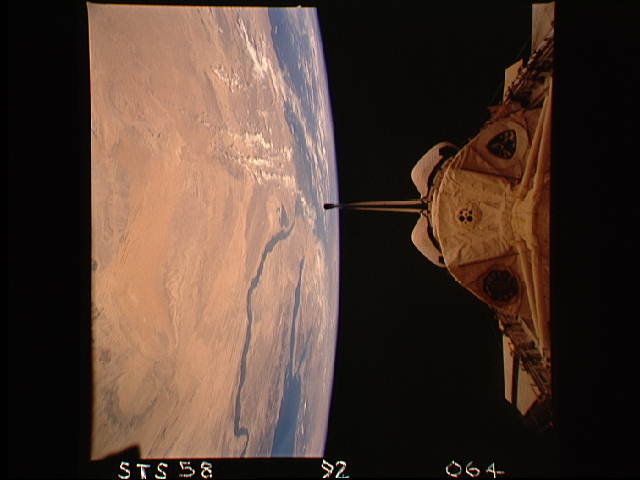 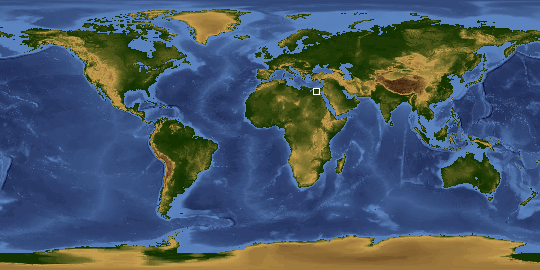 This oblique view, looking northeast from central Egypt, shows great expanses of the sand covered and rocky Western Desert in the foreground (bottom). The dark patches bottom right are the Dakhla Oases on the south side of an escarpment. The northern half of Egypt's Nile appears here, from about the latitude of Luxor to the delta. Green colors indicate the small area of crops which feed Egypt's population of 55 million. The Nile Delta is partly obscured by a band of clouds, but can be discerned at the coast as a flattened triangle of green. The smaller triangle close by is the Falyum Basin, a depression irrigated by water from the Nile. The coast of the Mediterranean Sea appears left.