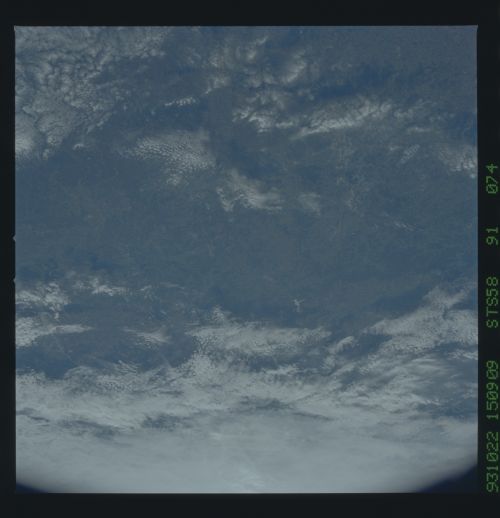 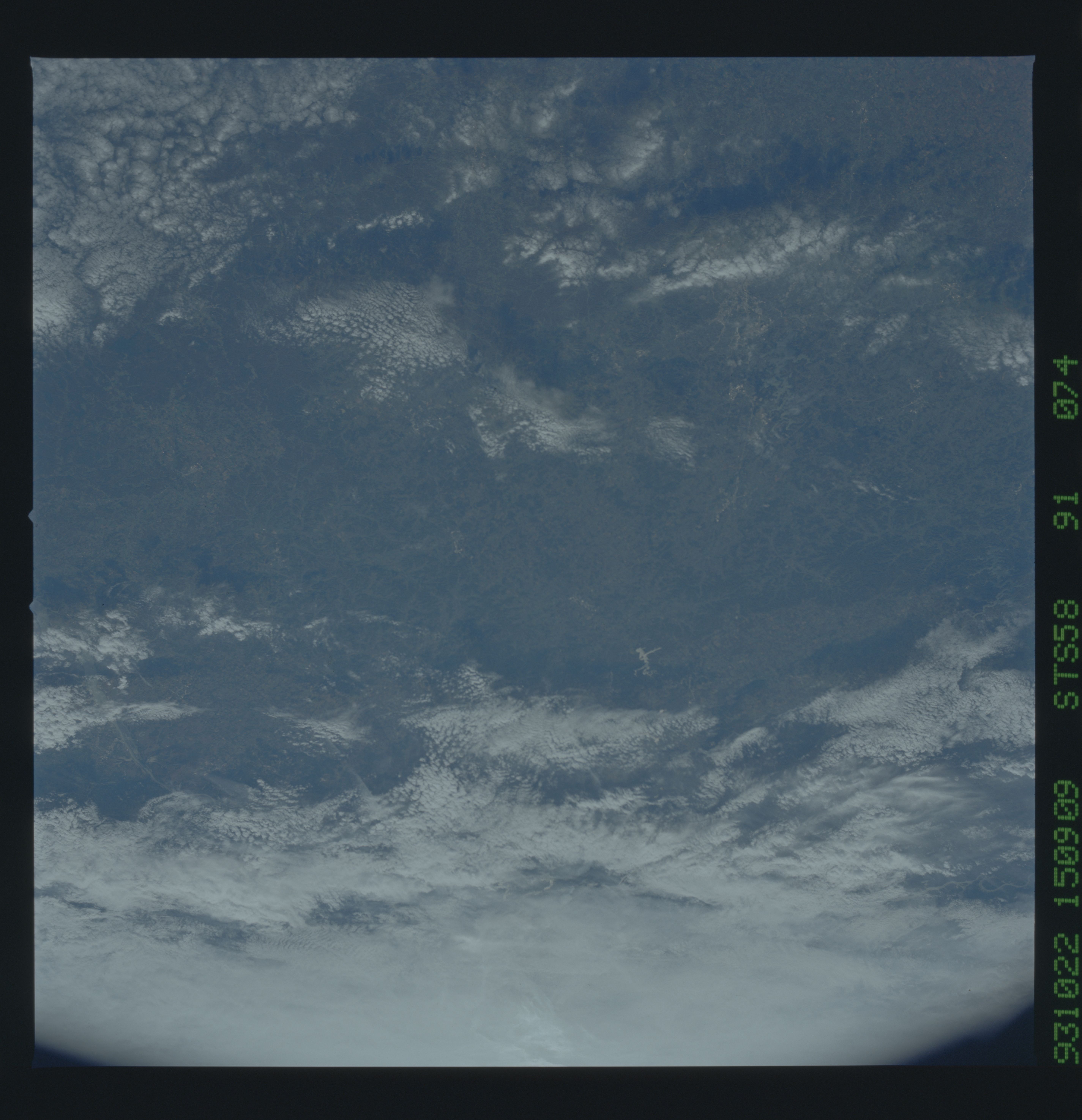 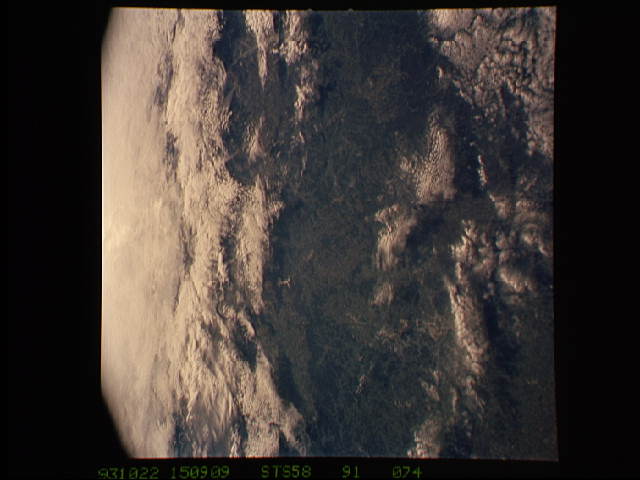 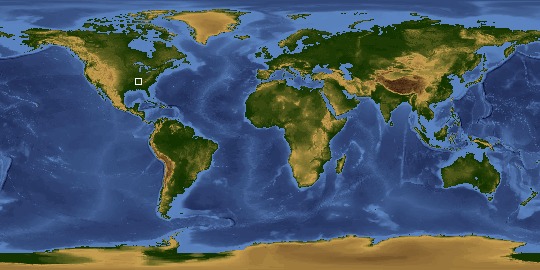 
The largest cityscape in the view is Nashville (top left), part of which is obscured under a band of clouds (the Cumberland River, on which Nashville lies, can not be seen under the cloud band). Close to the main cloud mass on the opposite side of the view, lies a small lake (Normandy Lake) in sunglint (right center) 70 miles southeast of Nashville. Between these two features, in the center of the Nashville Basin, lies the city of Murfreesboro. The city appears here as a spider-like pattern one third the distance from Nashville towards Normandy Lake. The Tennessee River can be seen bottom right and top right through holes in the cloud.