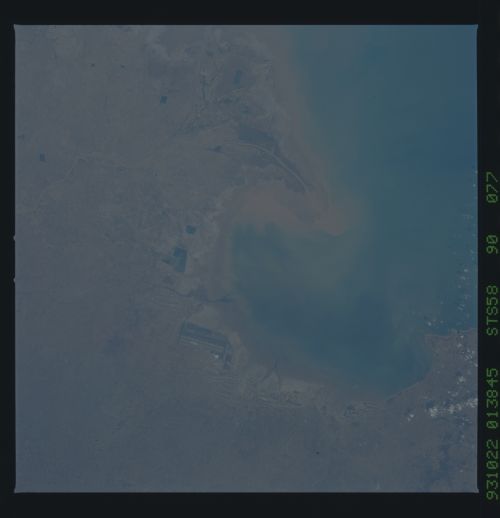 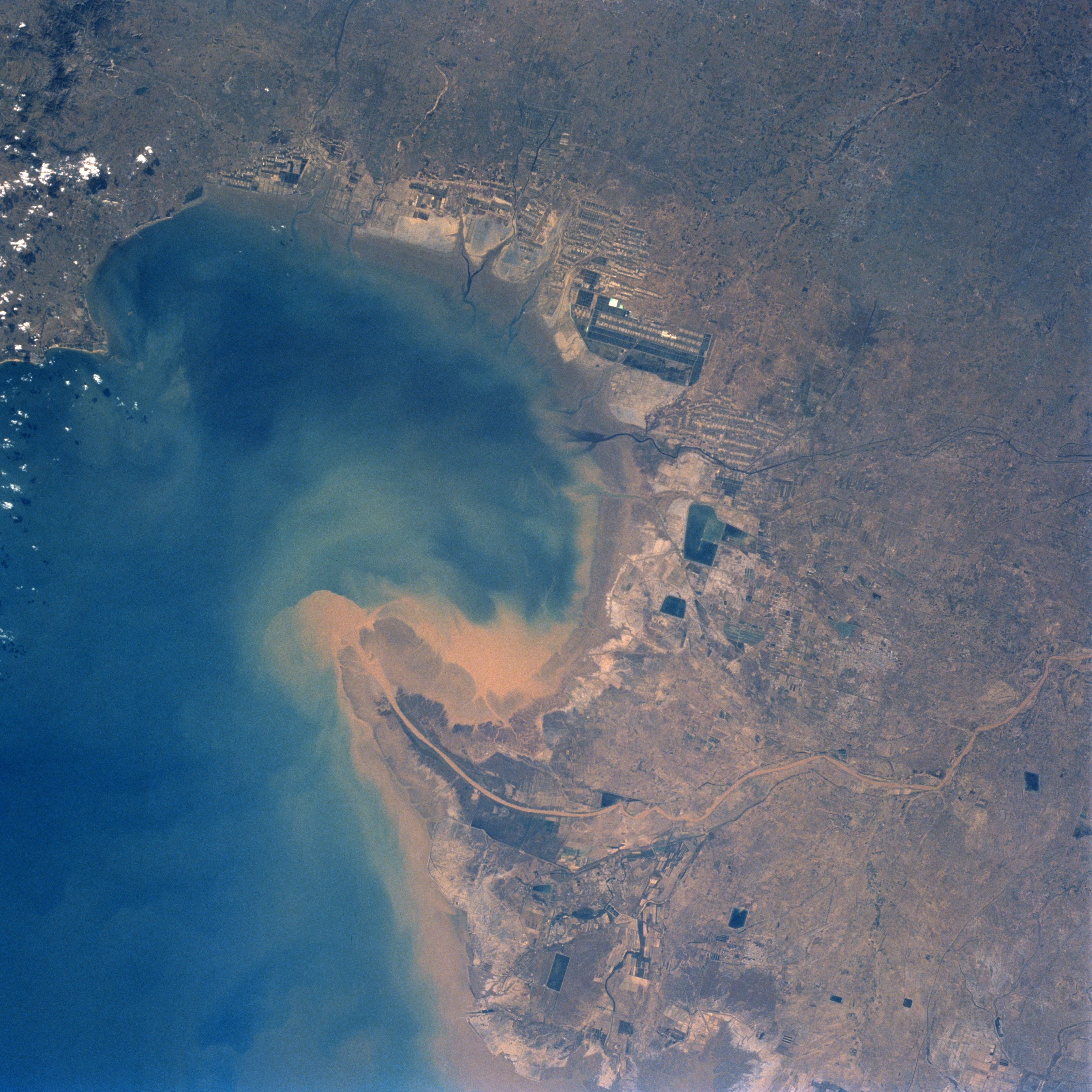 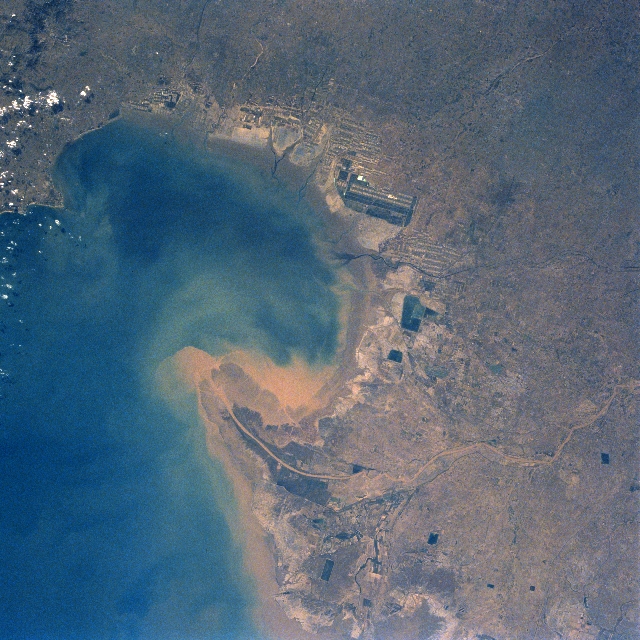 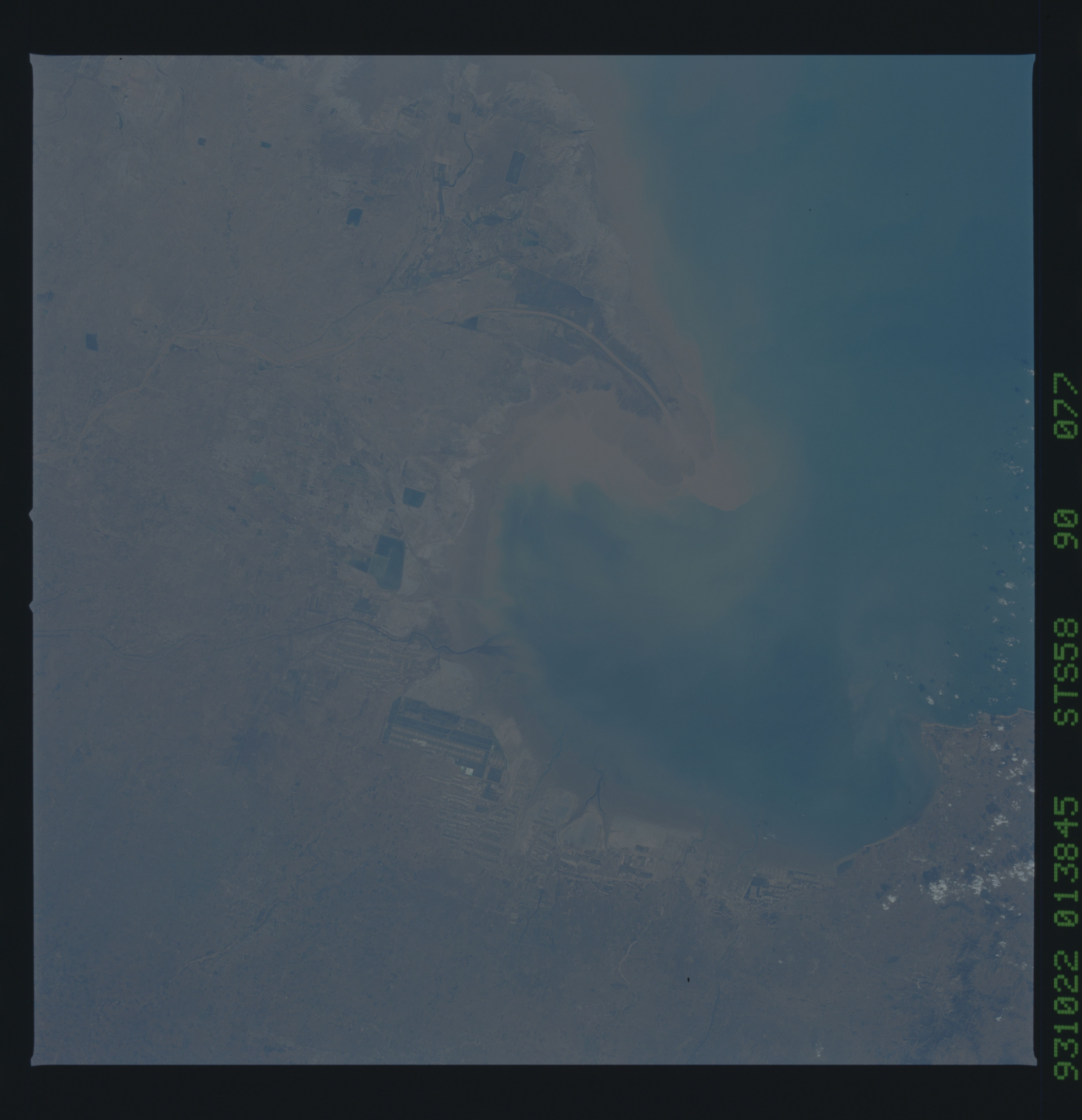 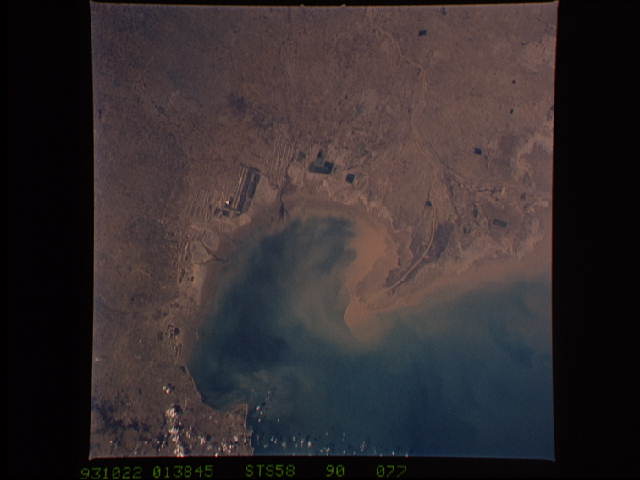 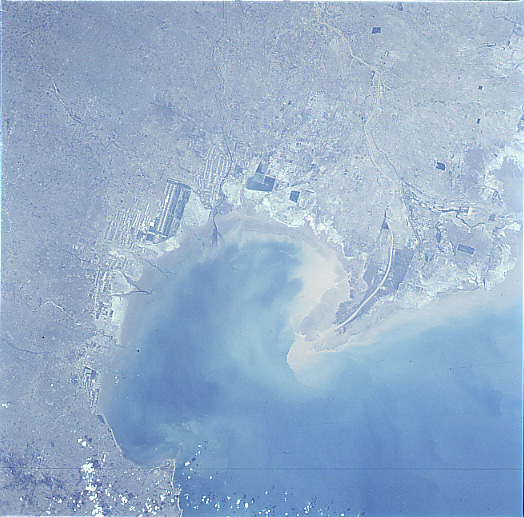 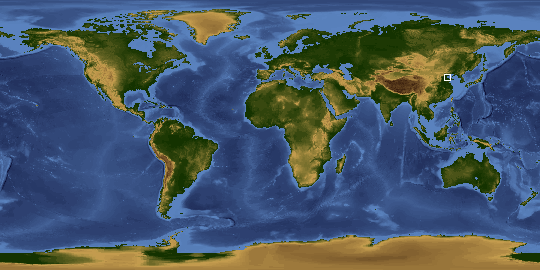 Other options available:
Download Packaged File
Download a Google Earth KML for this Image
View photo footprint information
Image Caption: STS058-090-077 Yellow River Delta, China October 1993
The Yellow River, the second longest river in China, rises in the Kunlun Mountains of western China and flows generally eastward for 3000 miles (4830 km) before emptying into the Gulf of Bohai (left center, bottom center of the image). The Gulf of Bohai is an arm of the Yellow Sea. In this south-looking view the sediment plume from the Yellow River, considered to be one of the most silt-laden rivers in the world, can be seen entering the gulf. Each year, the Yellow River discharges over one billon tons of sediment into the gulf. The delta is being extended steadily at a rate of one mile (1.6 km) a year adding roughly 14 sq. miles (40 sq. km) of land in the process. Large-scale construction of dams and reservoir systems for flood control and power production was begun along the middle and lower courses of the river in 1955. Midway between the center and right center of the image is China's second largest oilfield, the Shengli Oilfield.