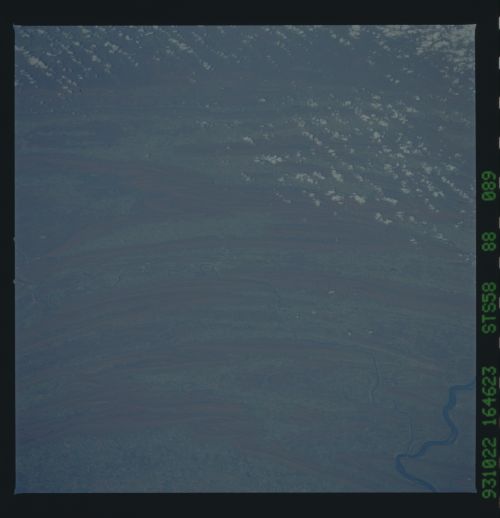 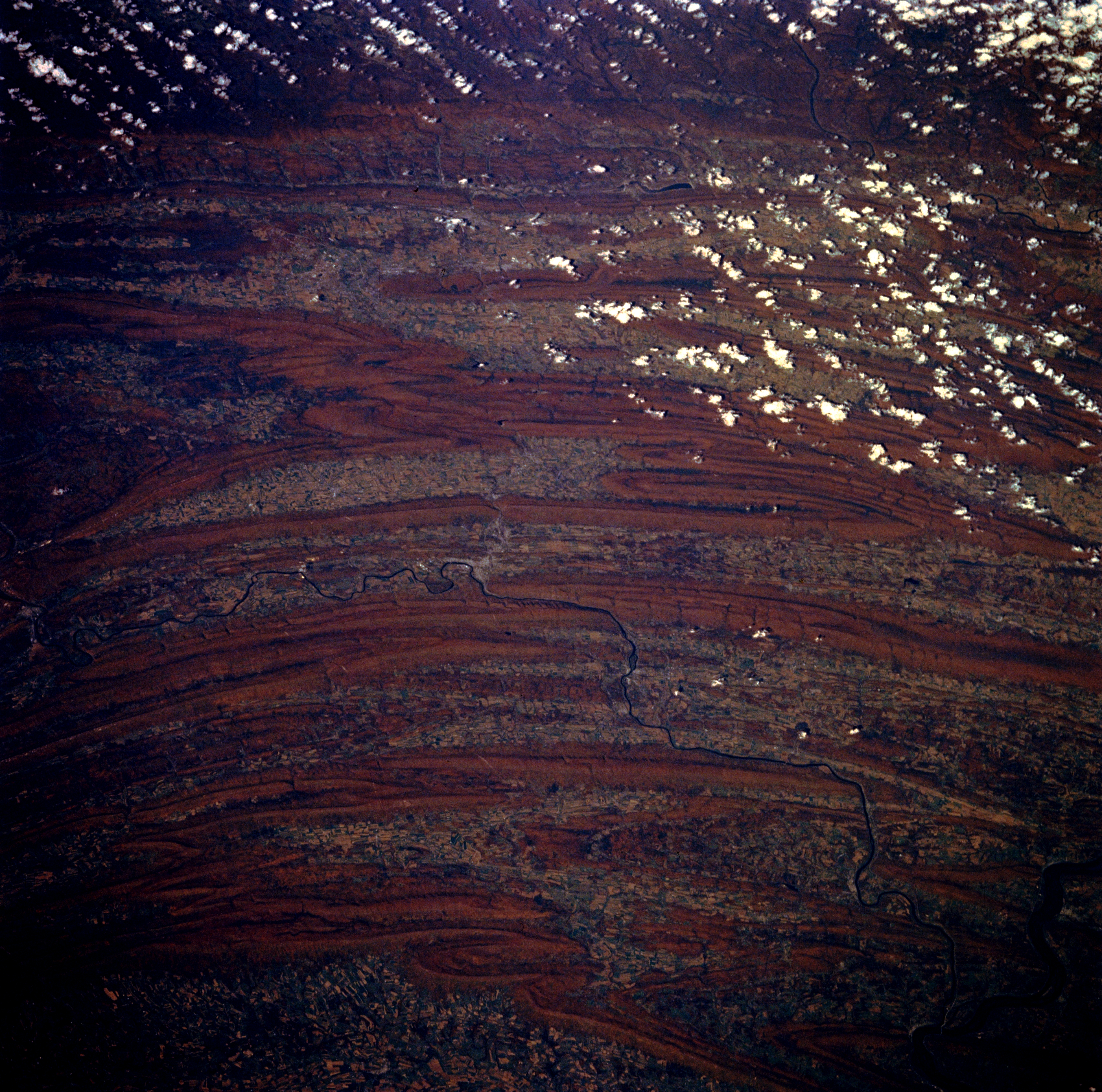 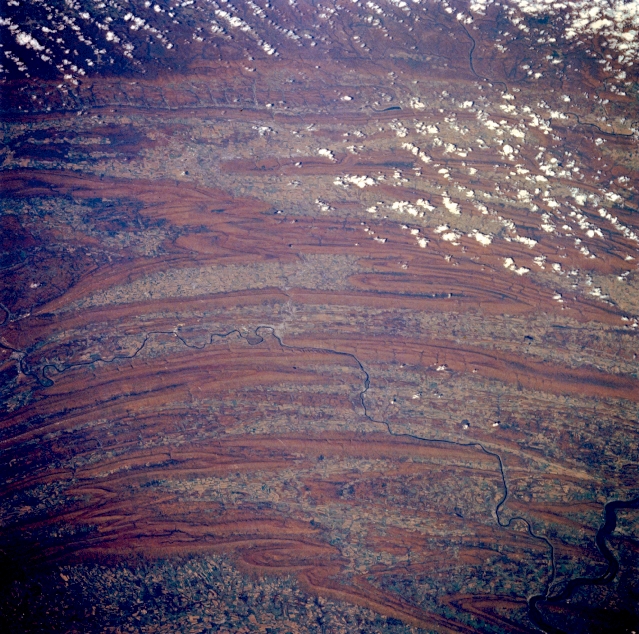 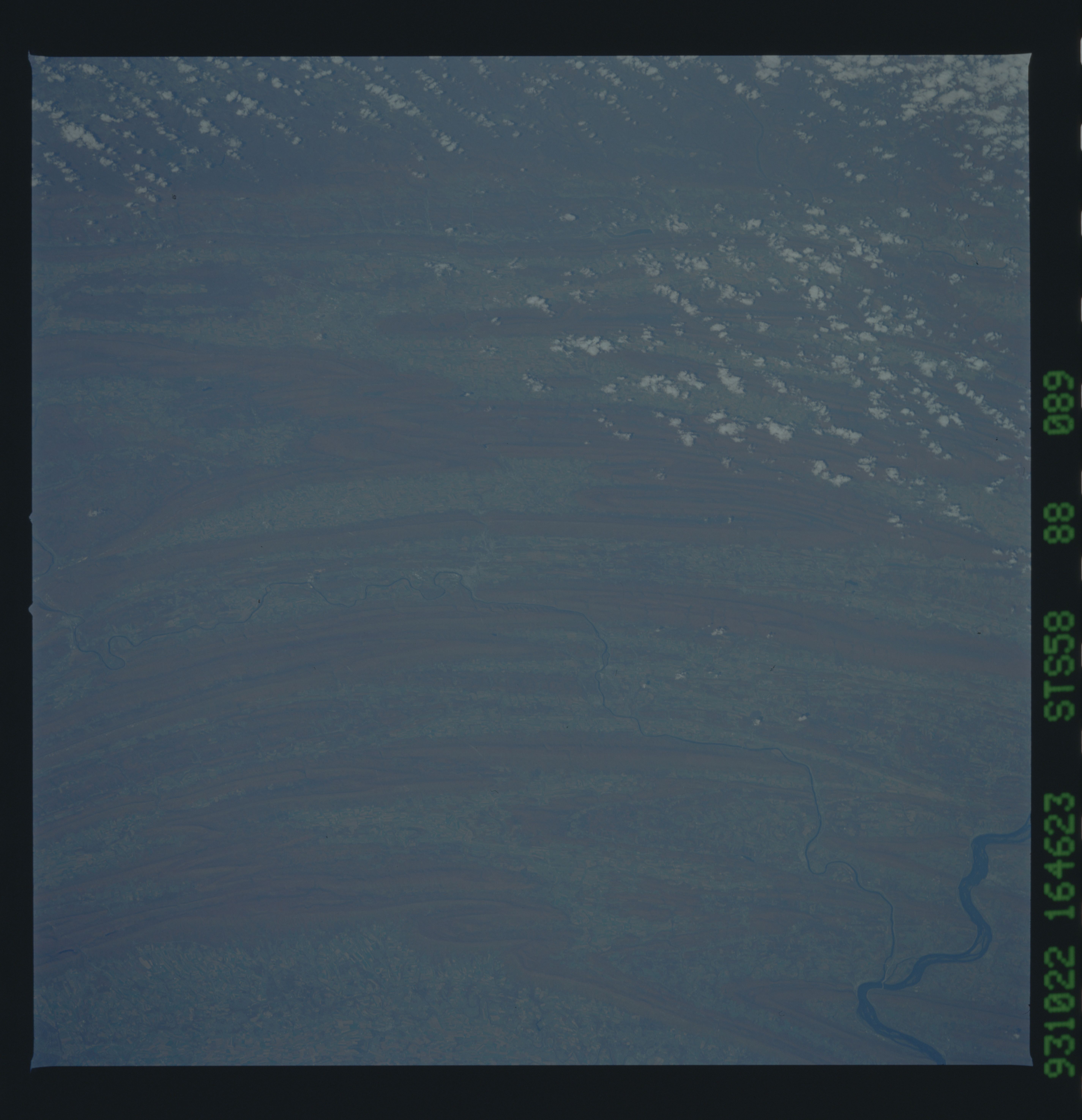 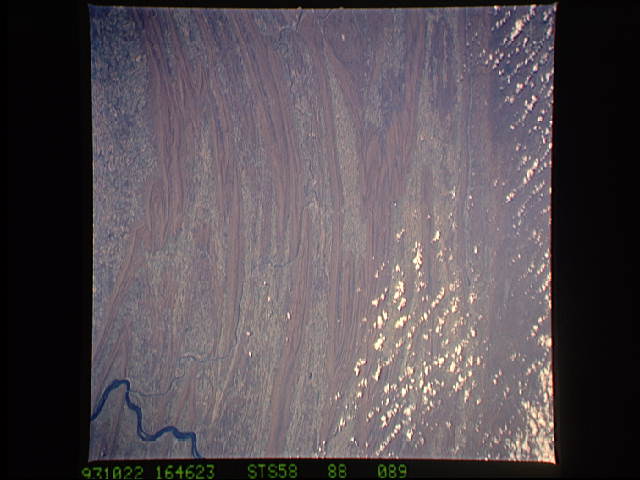 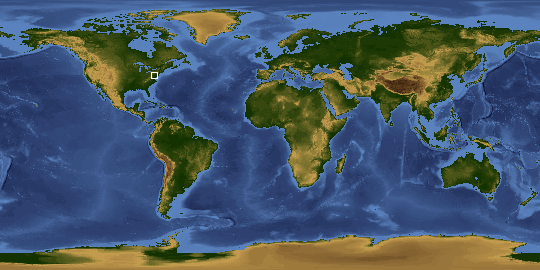 Other options available:
Download Packaged File
Download a Google Earth KML for this Image
View photo footprint information
Image Caption: STS058-088-089 Folded Appalachian Mountains, Pennsylvania October 1993
Several individual mountain ranges of the folded Appalachian Mountains in south central Pennsylvania can be distinguished in this northwest view. Starting at the bottom of the image, where part of the intensively cultivated Cumberland Valley west of Harrisburg is visible, the individual ranges include the Blue Mountains, the Tuscarora Mountains, Jacks Mountain, Tussey Mountain, and Bald Eagle Mountain. The Juniata River, a branch of the larger Susquehanna River (lower right corner), is the thin, dark feature that has created water gaps though some of the ridges in this ridge and valley landscape. The location of Lewisville, Pennsylvania is barely discernible near the center of the image where the Juniata River makes a U-shaped turn. Some colorful autumn foliage is visible on the forested mountain ridges. Maximum elevations above sea level for many of these ridges range from 1500 to 2500 feet (455 to 760 meters).