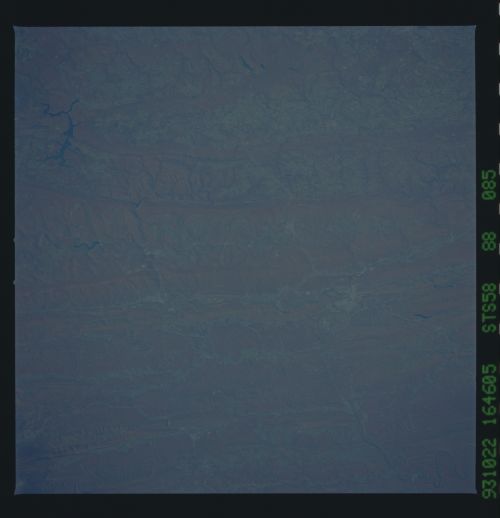 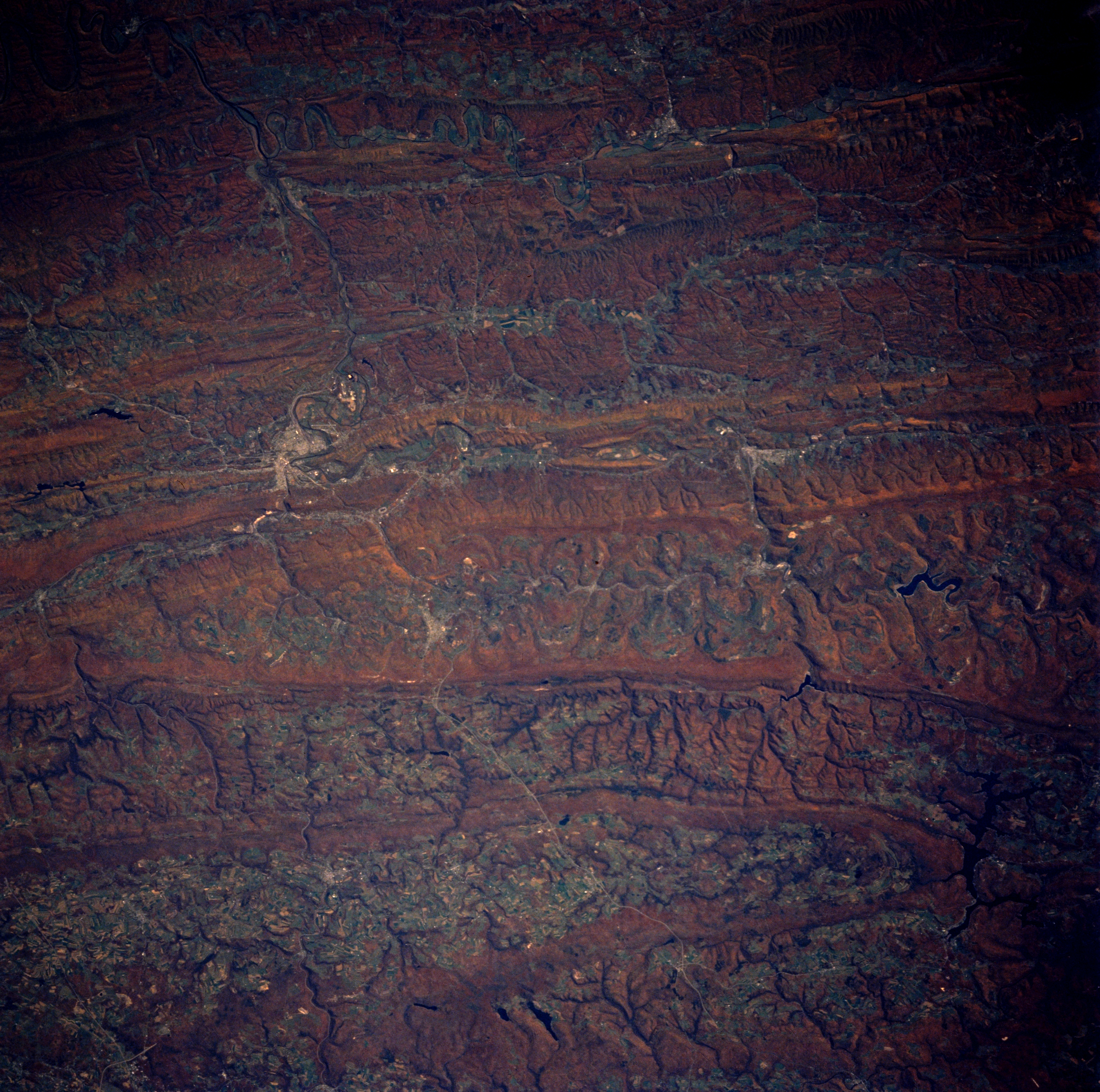 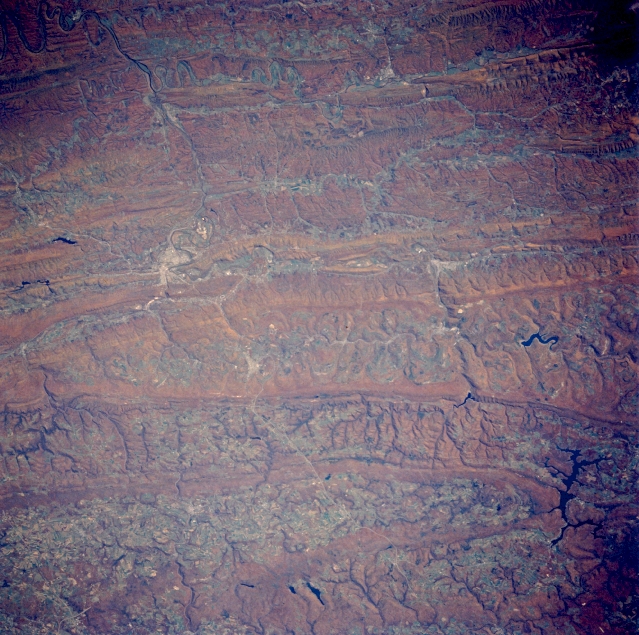 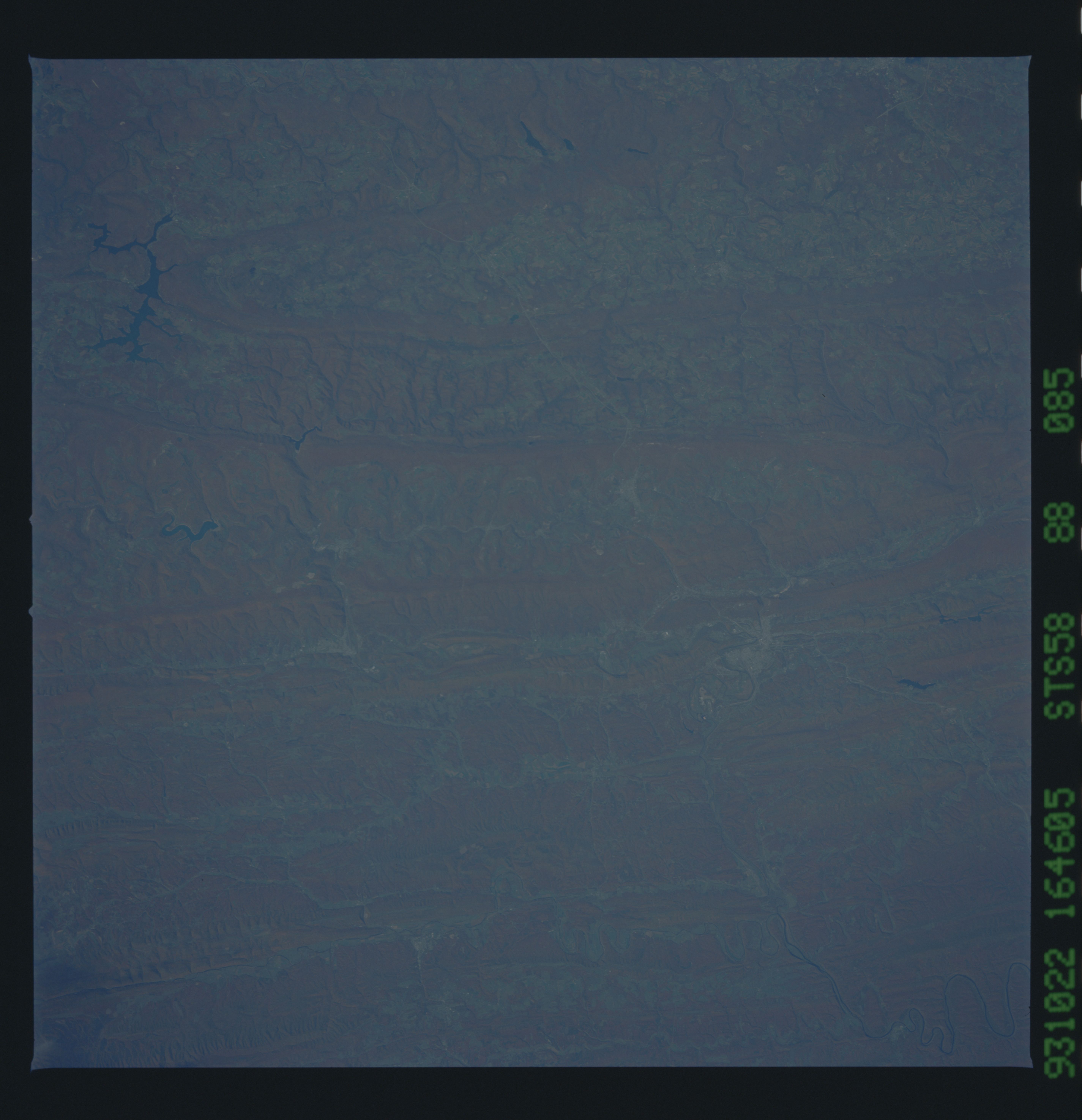 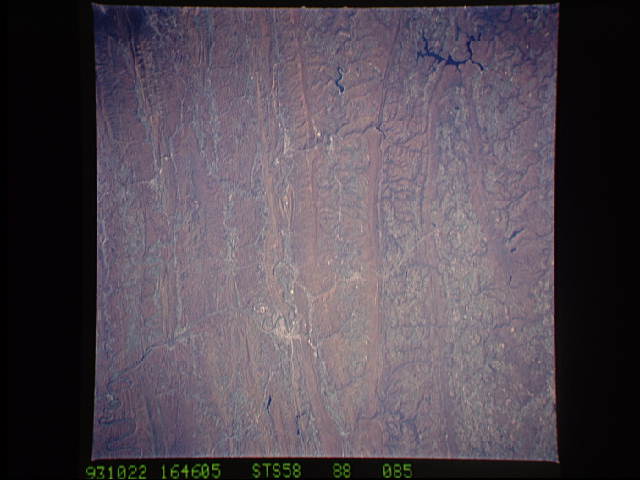 Other options available:
Download Packaged File
Download a Google Earth KML for this Image
View photo footprint information
Image Caption: STS058-088-085 Cumberland Area, Maryland, U.S.A. October 1993
Many paralleling low mountain ridges and their intervening valleys of the northeast-southwest trending Appalachian Mountains are visible in this southeast looking view of parts of Maryland, West Virginia, and Pennsylvania. Many of the valleys have well entrenched drainage patterns that show up on this autumn scene. The lighter color feature near the left middle side of the image shows the location of Cumberland (Maryland), and the east-west aligned light-colored line that passes Cumberland is the Interstate Highway 68 right of way and parts of U.S. Highway 40 as these roadways cut through the mountainous terrain. Three reservoirs (dark features) can be identified in the lower right quadrant of the picture: Deep Creek Lake (largest of the three lakes); Jennings Randolph Lake (medium sized of the three located on the North Branch of the Potomac River); and the Savage River Reservoir (smallest of the three lakes). The reservoir northwest of the Cumberland area is the Gordon River (Pennsylvania). STS058-088-086 is a companion image to this view but shows more terrain in Pennsylvania, and the Potomac River is easier to identify (upper center).