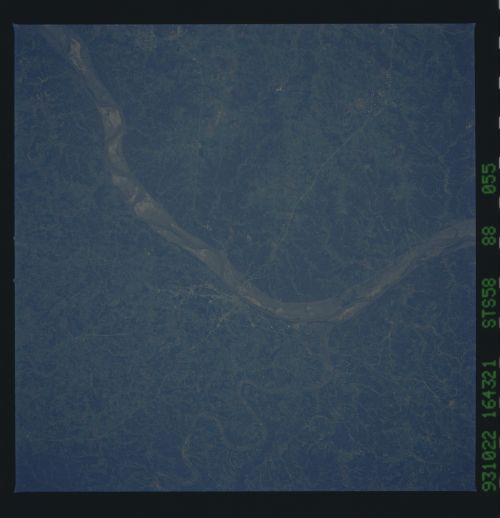 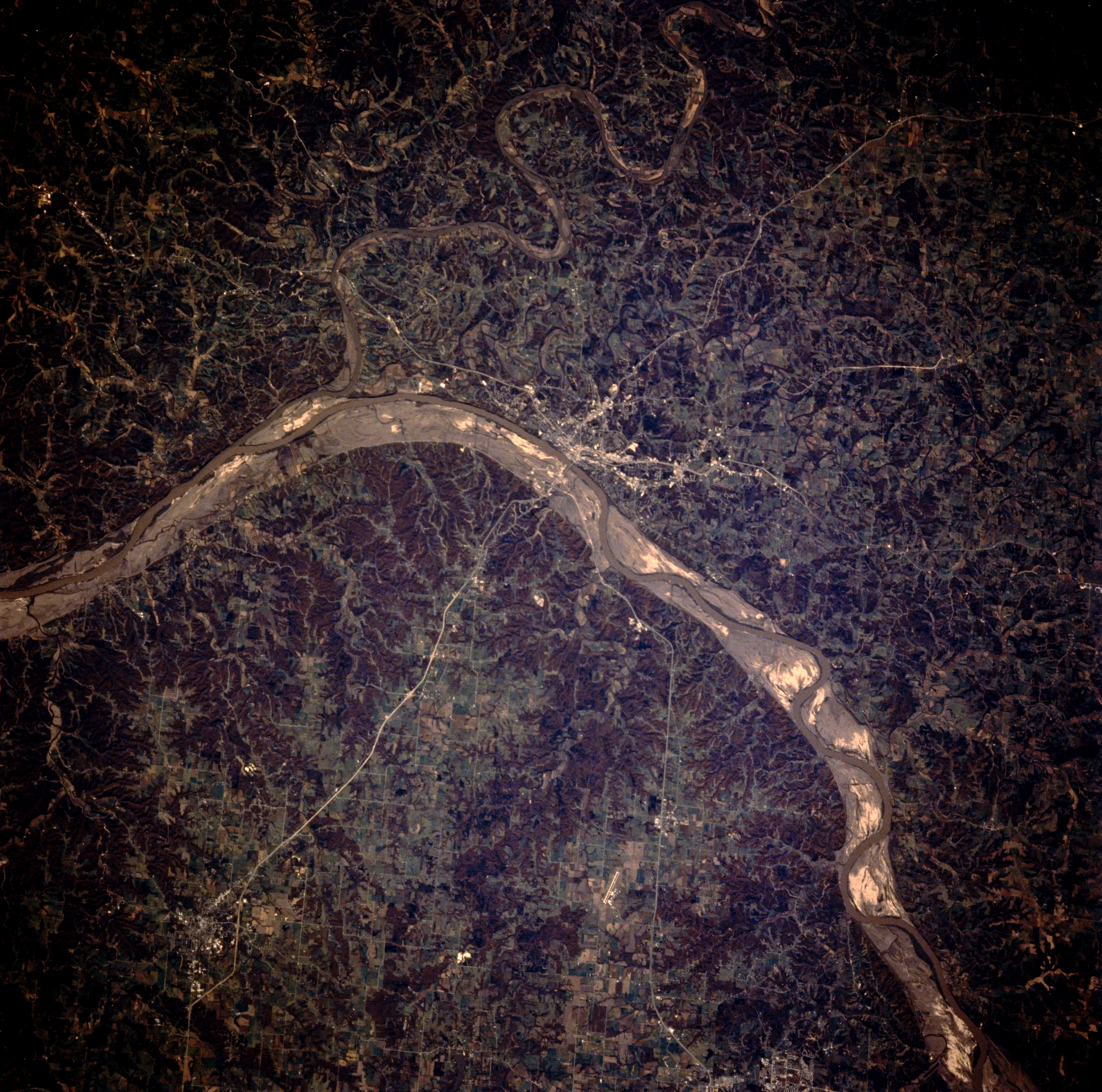 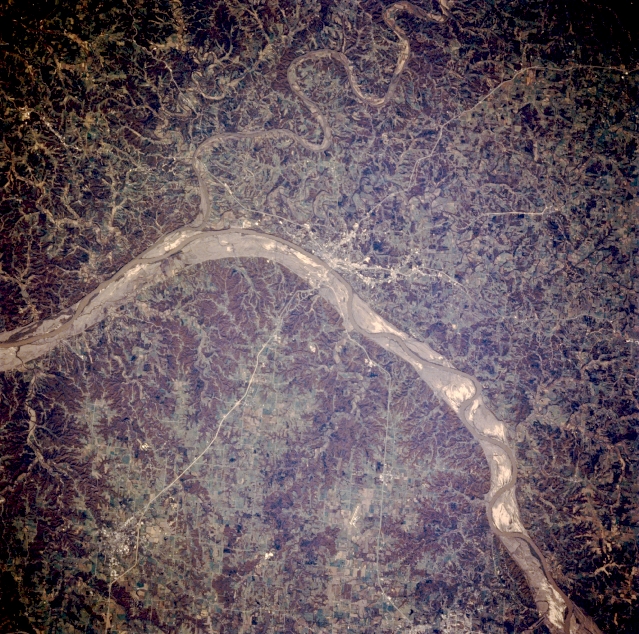 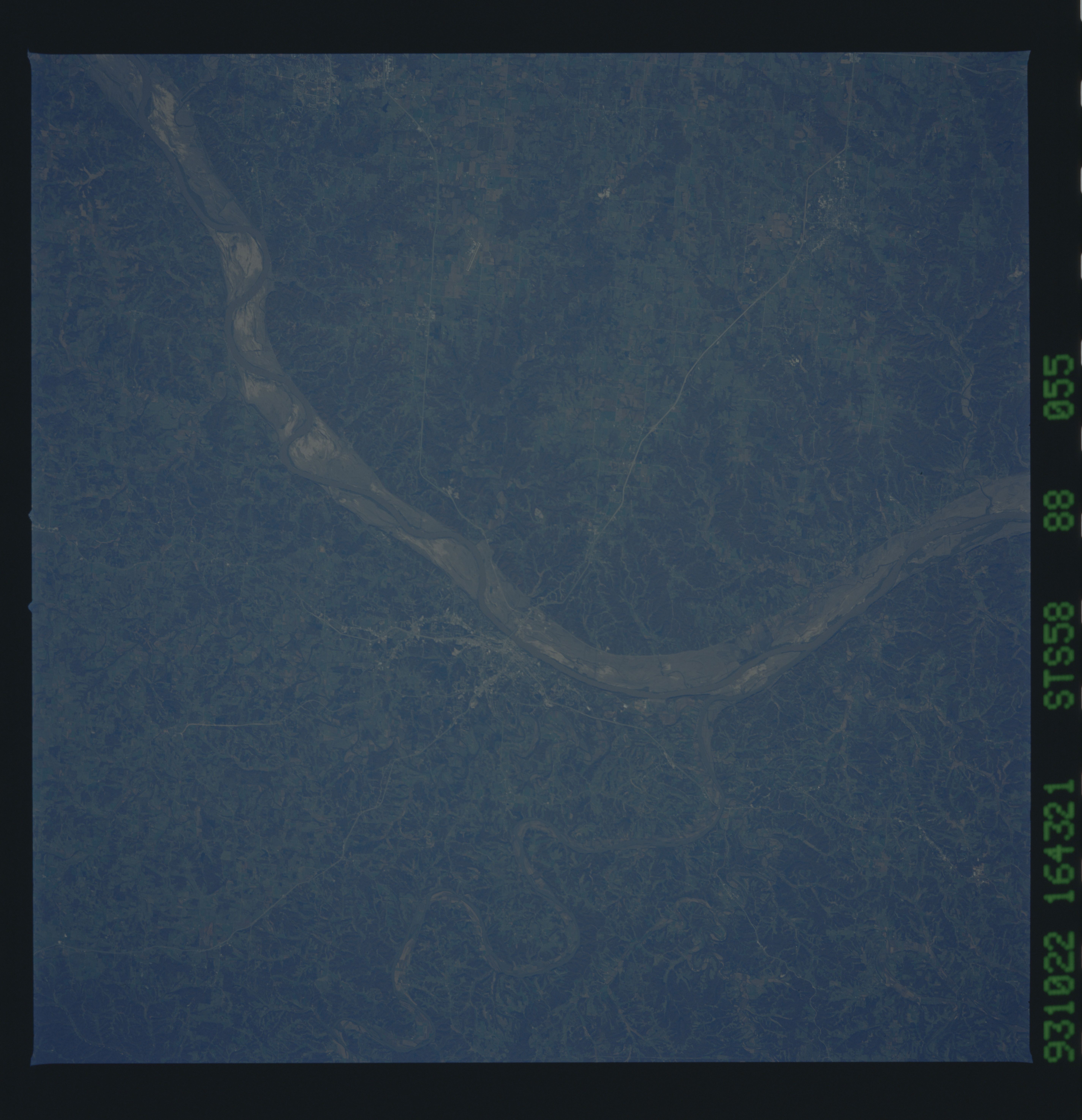 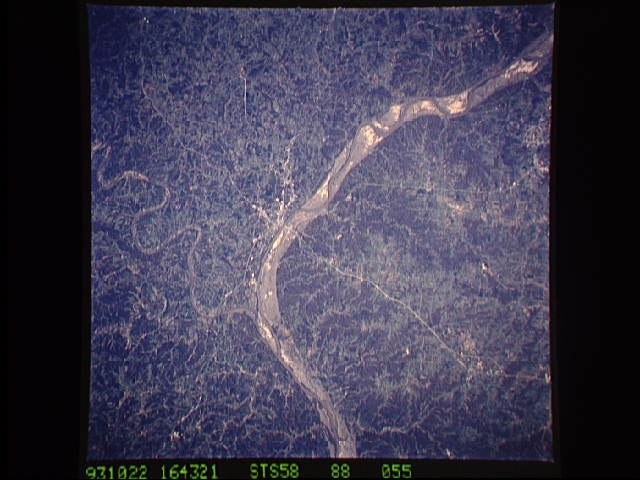 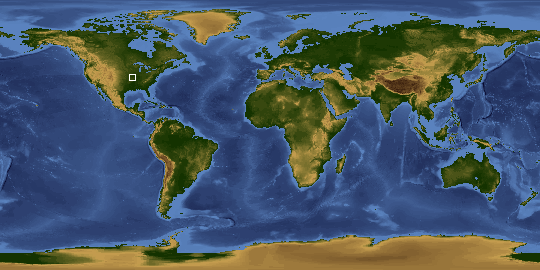 Other options available:
Download Packaged File
Download a Google Earth KML for this Image
View photo footprint information
Image Caption: STS058-088-055 Missouri River and Jefferson City, Missouri, U.S.A. October 1993
Featured in this near-vertical photograph are the Missouri River and Jefferson City, the capital of Missouri that sits on the south bank of the Missouri River near the mouth of the Osage River. This portion of the Missouri passes through the northern boundary of the dissected Ozark Plateau with its forests, streams, and lakes--a popular tourist region. Visible is the scoured Missouri River floodplain, the result of the floods of the spring and early summer of 1993. Although the floodplain is narrower in this region than farther west, scattered agricultural fields were prevalent on the floodplain before the flood.