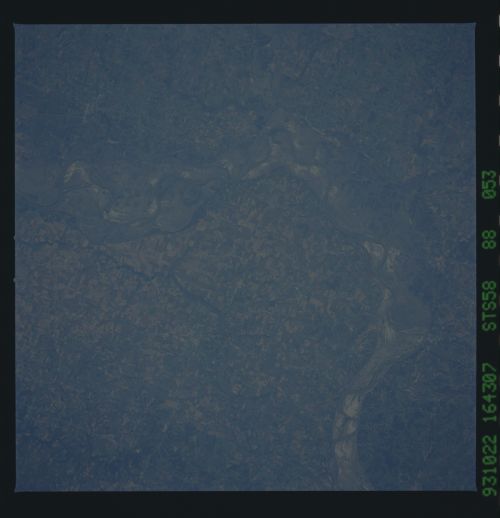 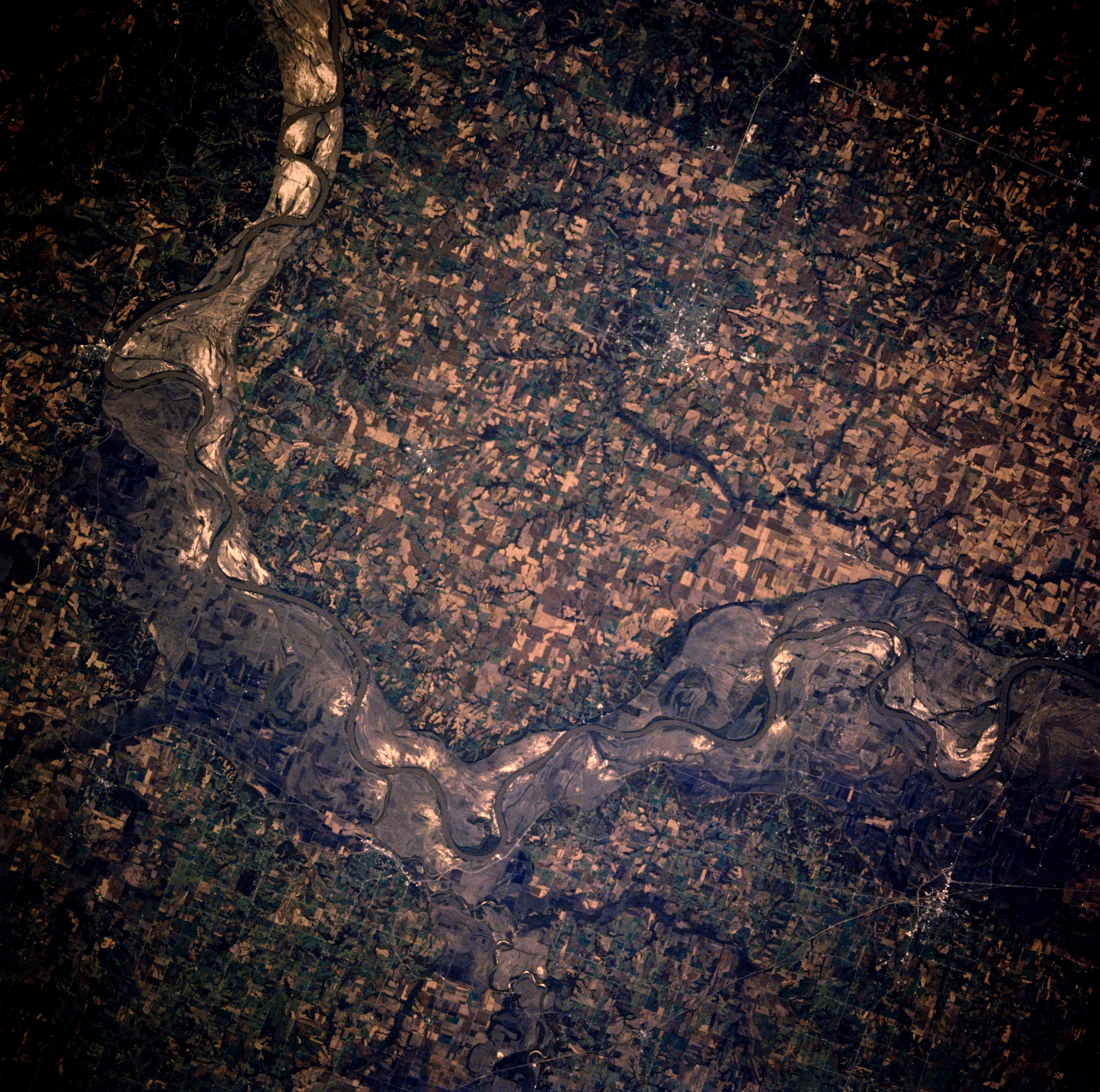 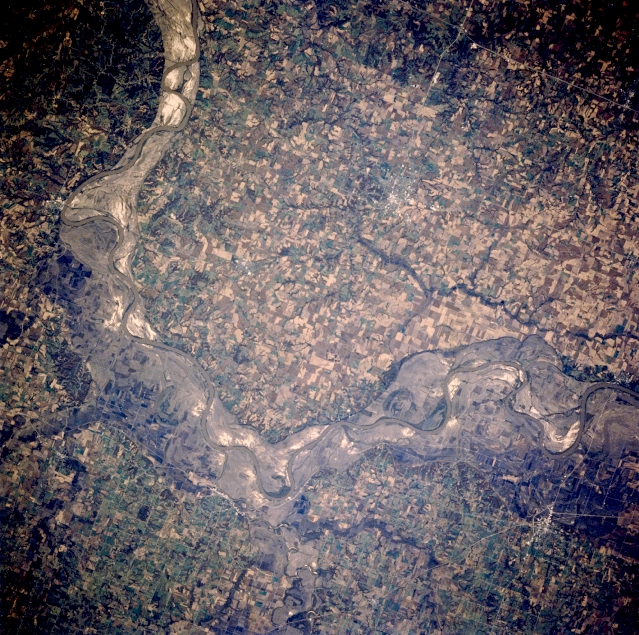 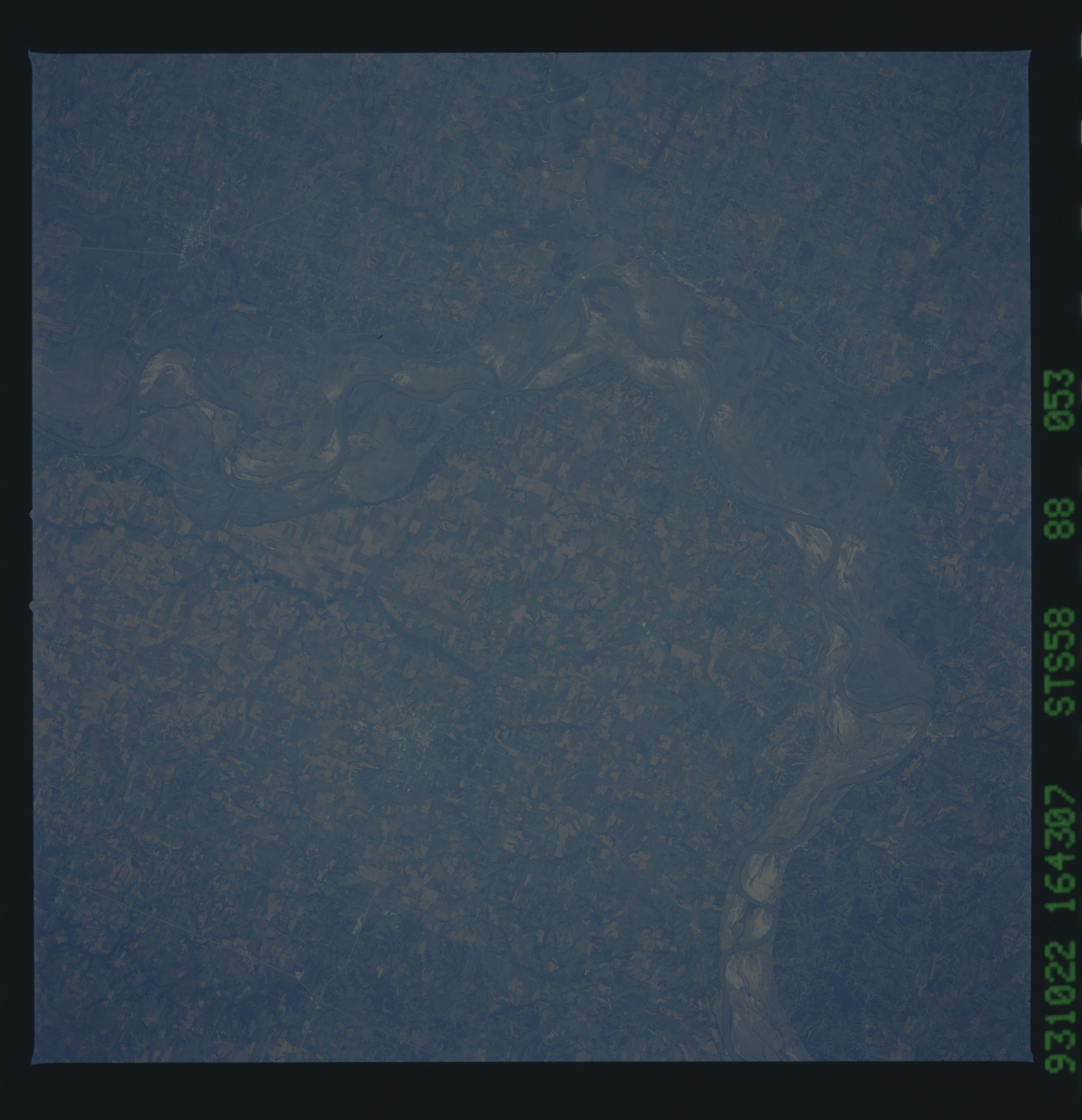 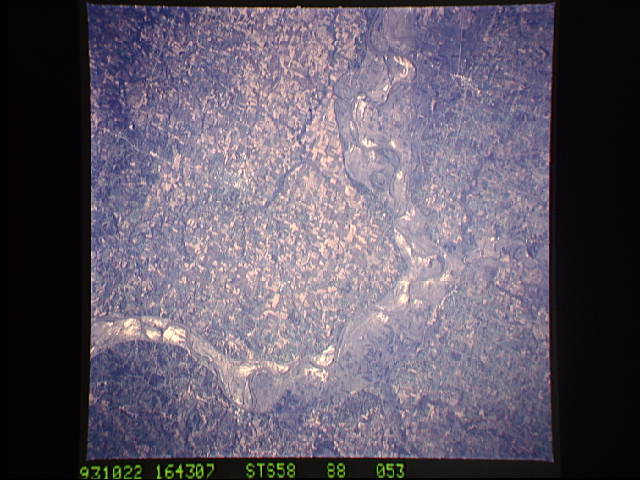 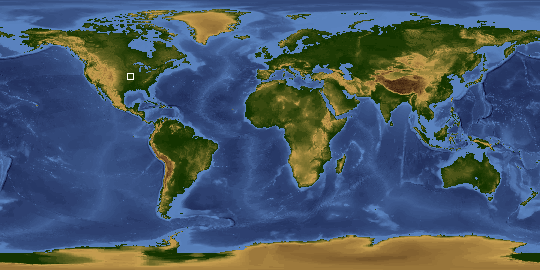 Other options available:
Download Packaged File
Download a Google Earth KML for this Image
View photo footprint information
Image Caption: STS058-088-053 Missouri River and Marshall, Missouri, U.S.A. October 1993
Apparent in this near-vertical photograph are the east-flowing Missouri River and scars of the spring and early summer floods of 1993. The bluffs on either side of the Missouri River rise to 200 feet (63 meters) above the scoured, sandy landscape in the floodplain that formerly contained numerous agriculture field patterns. Many highways and roads in the floodplain were under water during the height of the flooding, which was considered the worst in more than 100 years. Marshall (above right of center), a commercial and transportation hub in the middle of a prime agricultural region, is discernible south of the Missouri River.